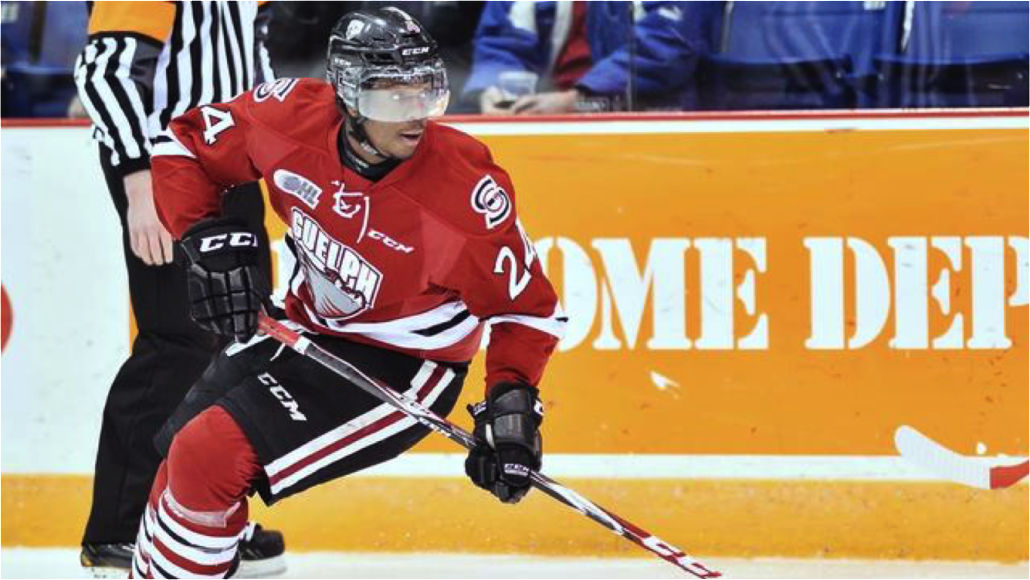 A freight train of goal scorer who like most budding power forwards can dominate through lengthy periods of invincibility. Smith is the perfect feast or famine player – he’ll dictate the terms or not have a say at all. Still, he’s the kind of goal scorer who can fill the net with impunity as long as he has anything resembling a competitive lineup to augment his power. Smith had the misfortune of playing for a doormat, but he was the team’s second-leading goal scorer and led the OHL with 146 penalty minutes. An intimidating force with the power of a bulldozer, the chiseled winger is a menace around the net and has good enough hands to bury the gimme chances. He loves to use every ounce of his muscular build to either pulverize opponents in open ice or crunch them along the boards on the forecheck. Smith can play out of control, however, but nobody likes passive linebackers. Once he gets going, there’s very little stopping him. Smith is a very good skater with a hard, quick snap snot, and his ability to control the puck with force towards the net is helped by taking the shortest routes possible.