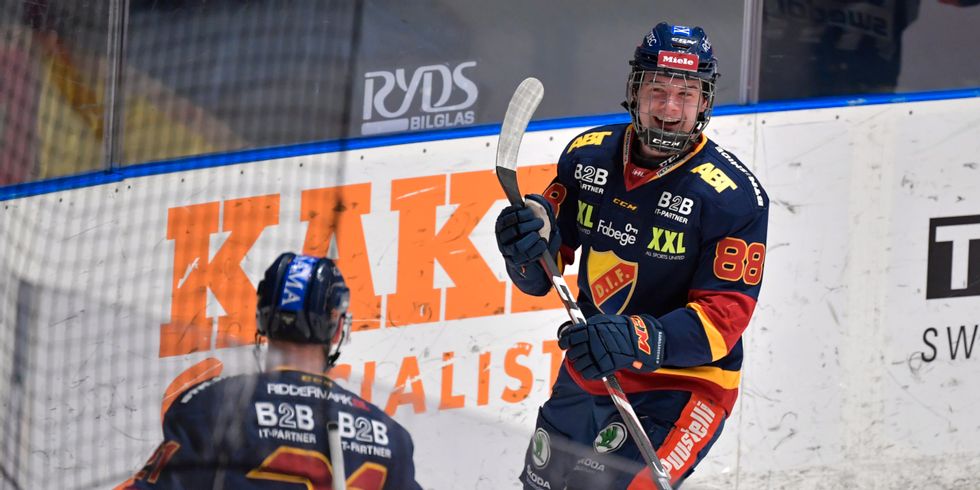 I know it seems like I get excited about every New Jersey Devils’ draft class, but the truth is they tend to limit the type of needless shenanigans that drive me bonkers. Although the clock’s ticking for several notables from either their NHL or AHL groups, the 2020 draft was set up to be a potential watershed moment in franchise history; one when they had the assets to delivered the coupe de grace to the current rebuild.  Those pieces came in the form of three first-round draft picks; one to cover every base — best player available, positional need, low-risk, high-reward. After taking premier forward prospects in sniper Alexander Holtz and heady 200-foot center Dawson Mercer with their first two selections, the Devils made a surprise pick at 20 on a mature Russian-trained defender in Shakir Mukhamadullin, who garnered first-round consideration in the early part of the season but whose landing spot was projected to be closer to Rounds 2 or 3. The Devils clearly targeted a defenseman at 20 and it seemed like they were going to take one regardless, so I don’t have a problem with this gamble on a blueliner who’s already KHL tested. Beyond Round 1, the Devils drafted a diverse collection of forwards in addition to swift puck mover Ethan Edwards and top goalie prospect Nico Daws. Like I said, nothing too cute when you consider the Mukhamadullin selection was in the 20’s and the third of three first rounders.

Holtz going to New Jersey at seventh overall makes all the sense in the world. It’s one thing to score goals or to get off a shot with quick release, but getting open requires work, and few teenage wingers work harder at finding those cozy spots near the goal than Holtz. It will be interesting to see when and how the Devils use him, but you have to think Jack Hughes is just itching at the chance to share the same ice with him. For what it’s worth, Holtz for the second straight SHL season is trending to outproduce Lucas Raymond, who was drafted three spots ahead of him last month.

This pick was a little confusing at first since the Devils are set at center, but it seems like the plan could be for Mercer to play the wing as a compliment to one of New Jersey’s promising young pivots. That kind of versatility is exactly what the young man brings to the table, in addition to the flash, stickhandling, and razor-sharp awareness. A late-season hand injury before the shutdown seemed to silence talk that Mercer was a candidate for the top 10, but his reputation in draft circles remained strong from start to finish.

An off-the-board selection indeed, but obviously not according to the Devils. Watching Mukhamadullin shoulder the role of a top-pairing defender at multiple levels while producing offense revealed a blueliner who causes matchup problems and then some. Mukhamadullin can skate, hit with authority, pass the puck on the tape, and make life miserable for a forward trying to establish a net-front presence. He’s going to have to outperform New Jersey’s growing collection of left-shot defense prospects for this pick to become universally appreciated, but I wouldn’t recommend doubting Mukhamadullin’s potential, as he’s already established himself as a KHL regular before turning 19 and his production for a teenage defensemen is among the best in league history.

There was legitimate reason to believe the Devils were in the market for a top-tier goalie prospect, mostly based off their relatively thin goalie pool beyond starter Mackenzie Blackwood. Although the lack of a second rounder eventually took them out of the running for notables like Drew Commesso and Joel Blomqvist, the Devils in drafting Daws still walked away with a goalie with No. 1 potential. Big, mature and without any glaring weaknesses, the 2000-born overager had an MVP-caliber season for Guelph, thus easily representing the best the OHL had to offer from between the pipes. It’s actually a good thing he turns 20 in December since the Devils can get him AHL tested as soon as his junior league play is complete.

We knew heading into the draft year that Pytlik (after Jan Mysak) would be one of the first Czechs off the board, and his resume was impressive enough to give him top-62 consideration at any point during last season. He skated for a high-octane attack for the OHL’s Sault Ste Marie Greyhounds, but the 6-foot-2. 200-pound forward is at his best during tightly-checked and physical matches. Pytlik knows how to use his size and reach when protecting the puck, but he’s also clever and skilled enough to be the focal point of a possession. The Soo used him in front of the net with regularity but Pytlik also killed penalties and was summoned for checking assignments. He doesn’t have the speed like the other forwards in New Jersey’s class but Pytlik more than makes up for it with sound decision making and superior puck protection.

Edward is a smooth skater who I’d classify as a kid whose better years are ahead of him; specifically after he suits up for the University of Michigan. He’s had a strong reputation as a one of the most promising two-way defenders in Canadian Jr. A, and Edwards was ranked in the top 80 on Central Scouting’s final North American list. There’s a lot to like about him beyond his skating, however, but Edwards loves to get involved in the attack and can look as confident and smooth on the puck as would a top-line forward. He’s not very big (5-foot-10) but he packs a lot of punch in his slapper and isn’t a liability in his own end. Edwards was ranked 166th in our final ranking but the fourth round was a perfect landing spot when you factor in the potential to put up impressive point and shot totals.

Centers need to be smart for a variety of reasons, but only a select group from every draft class can display elite anticipation either with the puck or without it. Shlaine is in that top percentile, and it’s likely his standing as a prep player may have led to reservations about how good he really is. This kid is an exceptional in-game manager who switches from defense to offense in a hurry. Shlaine patrols the neutral zone and also gets involved on the forecheck, but his constant movement in the defensive zone when combined with a keen sense for where the puck is headed allowed him to start and finish multiple odd-man rushes. He once was a Boston Univ. recruit but Shlaine will now play for UConn instead.

If you’re going to draft a double-overage prospect, at least use a pick on a kid with a little pizzazz. Baumgartner offers that and then some, as he established himself as the best young forward in Switzerland’s elite league and did so with incredible production at 5v5. Baumgartner is small (5-foot-9, 165 pounds) but time and again he was able to leave bigger veteran checkers in the dust. He’s slippery, elusive, and dangerous from the wall or corner, and he is the perfect option to run the power play from the half wall.