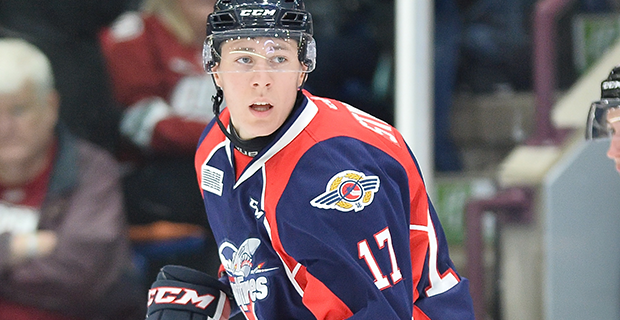 Stanley is a towering project blueliner who is a perplexing figure in that his ceiling is a complete unknown. His height and stay-at-home style draws knee-jerk comparisons to a young Zdeno Chara, but it seems like any blueline prospect over 6’6 is going to be likened to the one or two established NHL’er who match that description. There is, however, a lot to like about Stanley’s game, even if he should be kept on a short leash. He’s physical, at times menacing while operation below the circles, and he’s shown flashes of a rearguard who is certainly capable of positively anchoring a top pairing. He brings physicality and improved instincts within the offensive zone, which helps him get into position for his strong slap shot.

Stanley is prone to make questionable decisions at inopportune times, but the right staff and environment should be able to work him through issues with reads and step-ups. He’s not all that bad from a skating standpoint, and on occasion will bob-and-weave his way into a high-quality scoring opportunity. Stanley’s play with the puck comes across as adventuresome, almost like a center in basketball dribbling the ball up the court. But he gets things done, and when all is said and done, the stars don’t necessarily have to align for him to eventually become of the draft’s better defensemen.