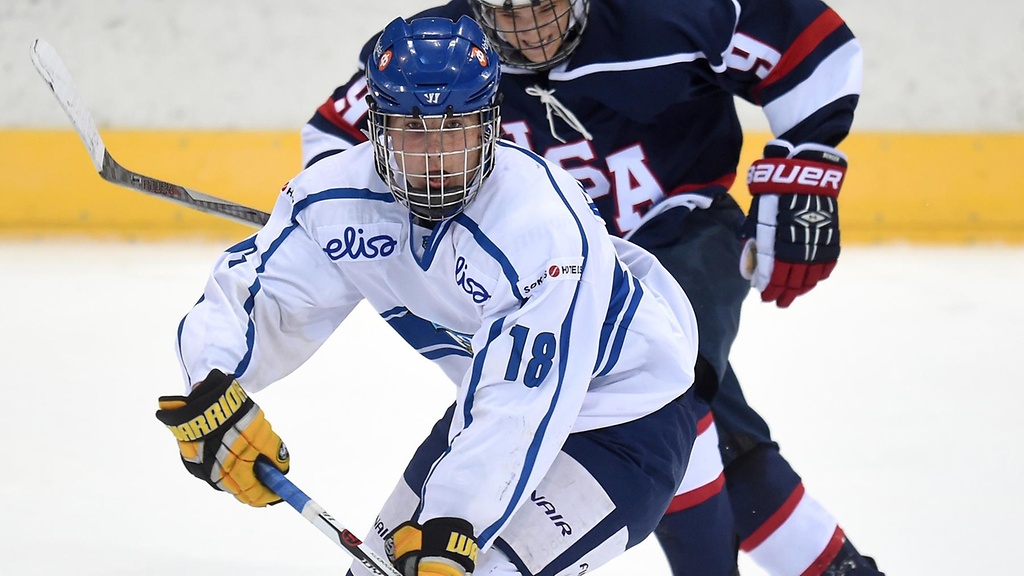 Tall, lean puck distributor who we expect to beef up when it’s time to make the jump to North America. Kuokkanen is a highly-cerebral player, using patience and precision passing to carve up any defensive scheme. He’s been a star for Finland in the international circuit, culminating with a superb performance and a gold medal at the U18 World championship. His instant chemistry with Jesse Puljujarvi is something to keep an eye on — both should play for Karpat if Puljujarvi decides to stay in Europe. Kuokkanen is an average skater who uses his reach and a wide stance to protect the puck as he moves towards the net. His sense of awareness is extraordinary, so catching up to him won’t always nip an opportunity in the bud. Kuokkanen makes good use of time and space, and even though he has a good shot with a quick release, he is most certainly a pass-first winger, albeit one you should keep an eye on near the low slot. Get used to the fact that he maintains the same demeanor start to finish — Kuokkanen stays within himself but rarely engages in physical play when the situation necessitates it.