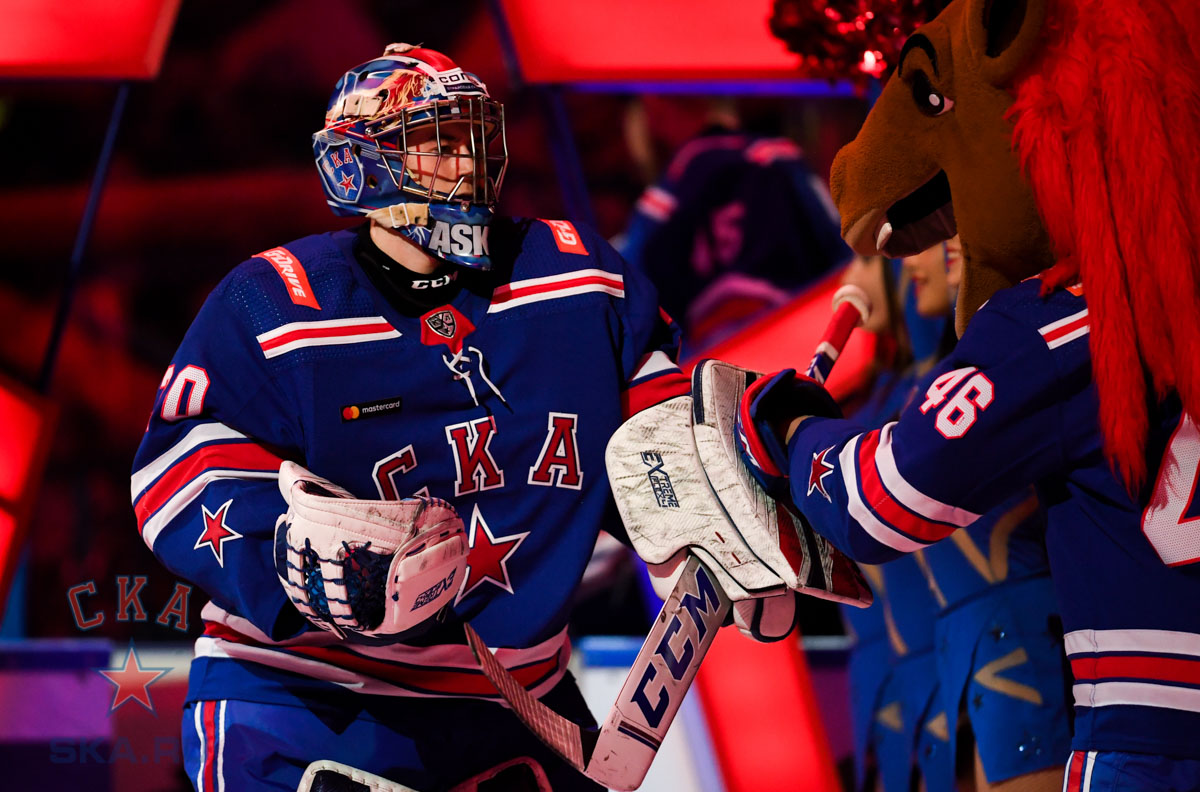 The Predators have regressed each of the last two seasons and their playoff problems sunk to a low point after a play-in round defeat to Arizona. There is a silver lining, however, as Nashville not only slipped into lottery contention for the first time in seven years, but they were able to draft the top goalie prospect in almost two decades because of it. The selection of Yaroslav Askarov at 11th overall may have come as a surprise to those who identify the Preds as an organization with a habit of finding NHL-caliber netminders in later rounds (Pekka Rinne and Juuse Saros come to mind). But another way of looking at Nashville’s decision to take Askarov early is that they are one of the few NHL organizations known for correctly identifying goalie potential when they see it; regardless of draft position or the hype surrounding the player.

Thus, the Preds once again have a potential franchise goalie under their watch, albeit one who needs to close out his KHL contract before he dons the gold and blue. As for the rest of the Predators’ Class of 2020, GM David Poile and head scout (and former defenseman) Jeff Kealty opted to stick with the Smashville tradition of leaning towards defenseman and overlook the glut of goal-scoring forwards this particular draft was known for. In our humble opinion, Askarov was the only major needle-mover, but trust the Preds to get most of these kids to the AHL.

Building from the net out has been a Predators’ strategy for some time, so the need for scoring punch took a backseat when the best goalie prospect in 15 years became available at pick No. 11.  Askarov is NHL ready, but he’s under contract (like every other top Russian prospect, it seems) for at least two more seasons. Whether or not the aforementioned Saros is capable of sniffing Rinne’s legacy as a No. 1 is now irrelevant — Askarov should be groomed to own the net at Bridgestone for at least the next decade, if not longer.

Evangelista didn’t waste time become a darling within scouting circles, as he quickly established himself as a top-line quality player for a deep London squad. The young man really wasn’t that much of a a sleeper — Evangelist a first-round pick in his OHL draft year —  but leapfrogging a more heralded teammate like Antonio Stranges in both production and versatility quickly moved his name higher up draft lists. He’s elusive and wiry (5-foot-11, 166 pounds), but Evangelista is an exceptional playmaker and on-ice manager who goes long stretches without making the smallest of mistakes. He’ll be a nice compliment to 2019 first-rounder Phil Tomasino.

The pick screamed reach the second after it was announced, but if you’re going to pick stay-at-home defenseman for a long-term project, then Nashville’s selection of Prokop can be somewhat justified. The Preds can talk the live-long day about Prokop’s mobility for his size, but he’s limited in what he can do with the puck. Therefore, you’re looking at a lower-pairing crease clearer from the right side, but that’s only if the stars align. It was surprising a team known for identifying two-way play on defense overlooked prospects like Michal Krutil or Alex Cotton, who are as physical as Prokop but offer way more in terms of offense and puck management.

Another surprising pick, only this was because the Preds opted for Wilsby over the more polished and creative SHL’er Samuel Johanneson, who went to Columbus in Round 6. Still, Wilsby is a confident puck mover who uses his impressive wheels to create all sorts of matchup problems for the opposition. He plays with a lot of confidence and is up ice a bunch, but he also packs a punch during board battles and is able to knock bigger players off the puck. Wilsby’s ability to skate and run the power play are in line with what the Predators expect out of their blueliners.

A heady two-way defenseman who played a critical role for the USHL’s Chicago Steel, Reid is someone who has been on my radar for the last two seasons. He can fill a variety of roles no matter the strength or situation, but above all, Reid is a clean puck manager who uses his quickness and agility to sidestep or outpace pressure. He played on a loaded team last season so his aggressiveness and risk taking weren’t as pronounced as a few years ago, and Reid’s switch from North Dakota to New Hampshire now gives him a better chance at establishing himself as a true No. 1 in the college ranks.

I didn’t like the fact that the Predators used only one of their first five picks on a forward in a wing-heavy draft, but Fontaine is similar to Evangelista in that he can act as both playmaker and finisher while displaying quickness and escapability. He isn’t very big (5-foot-8, 172 pounds) and he was in second year of draft eligibility, but Fontaine plays with a ton of energy and is more than willing to get his hands dirty in the tough areas. He’ll be a part of a young Northeastern roster along with former Chicago Steel linemate (and Anaheim 2020 draftee) Sam Colangelo.

I saw a ton of Tri-City because of Colby Ambrosio and Mitchell Miller, so I noticed McLane on a sort of energy line but also on the same power play with the big names. He’s a prototypical power center in terms of 200-foot play and puck protection, but McLean also has soft hands and keeps his feet moving while reading and reacting to changes in direction. Double-overagers from the USHL who are bound for the NCAA usually become four-year collegians, so you’re looking at a kid who likely will be 23 or 24 by the time he reaches the AHL. In the meantime, however, look for McLane to become a key component to a Penn State squad that is returning only five upperclass forwards.