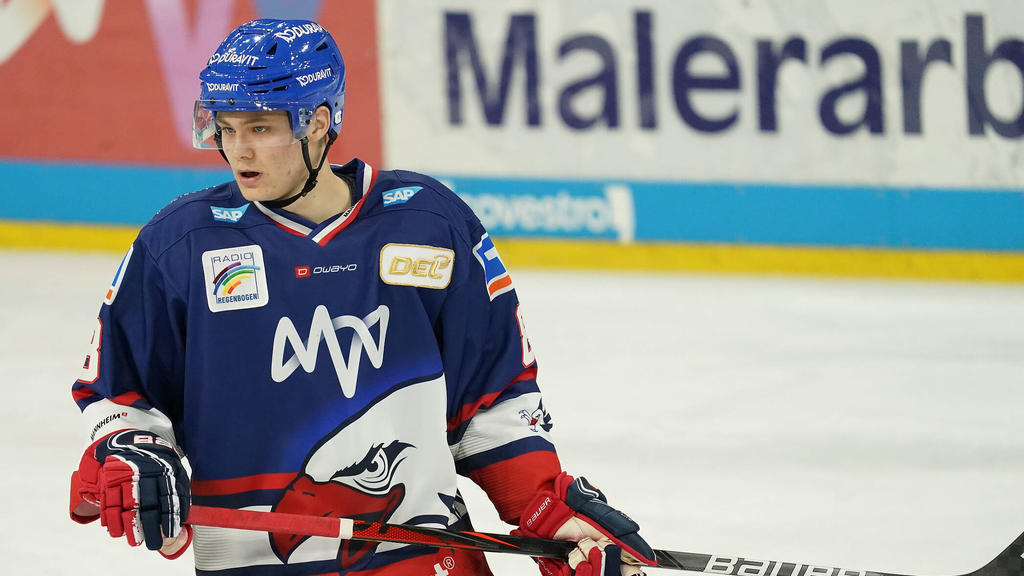 You have to figure the only joy for a fan of a losing team is the anticipation and buildup towards the draft, which in Ottawa’s case in 2020 was going to give them two top-five picks, an additional pick later in the first round, and a whole bunch of seconds and thirds. Naturally, the expectation was that the Sens were going to blast it out of the park with all of their draft choices by grabbing notable name after notable name. But several decisions with higher-round selections came across as gambles that many felt should have been reserved for later on.

Still, the focus should always remain on the fact that they drafted Tim Stutzle and Jake Sanderson at picks No. 3 and 5, respectively. In Stutzle they get a dynamic game-breaking forward who can play center or wing; with Sanderson, a physical presence with exceptional mobility and composed in-game puck management. What the Sens did thereafter, however, is a bit of a mixed bag that opened the door for criticism, mostly for how many of the bigger names they passed over. Ridly Greig, who was drafted at 28 with the New York Islanders’ pick acquired for J.G. Pageau, is an energetic dual threat who can be a royal pain to play against. On Day 2, the Sens opened the festivities by grabbing Finnish sniper Roby Jarventie, who tore up the adult-age Mestis in his draft season and is now one of the top young scorers in the elite SM-Liiga. Again — those four picks by themselves make this an A+ haul, which probably is why Ottawa gambled on bruising defender Tyler Kleven at 44 and massive double-overage sniper Egor Sokolov at 61.

Even after raising some eyebrows with the two aforementioned second-round picks, the Sens seemed to double down even further by bucking consensus boards with a handful of names that weren’t ever considered needle movers. For example, goalie Leevi Merilainen, who went early in Round 3, was a backup on a defense-first junior squad and was never ranked by Central Scouting. Same goes for double-overage power winger Eric Engstrand, who was picked in Round 5 but was barely mentioned this season despite being one of the leading scorers in the J20 Superelit. Moncton center Philippe Daoust was another random pick, although the youngster made the most of limited minutes on a stacked Wildcats and is off to a strong start this season for Halifax. And 2000-born power winger Cole Reinhardt was as important for Brandon as Greig was, albeit in his fourth full WHL season.

Physical, quick, and incredibly skilled, Stutzle may very well have been the Sens’ consolation prize for losing Quinton Byfield to the Kings, but that means next to nothing now that the young man will don the red and black. He will be a difference maker both on and off the puck, and it is not out of the question to expect Stutzle in the  Senators’ opening night lineup.

There are many ways a team can become tougher to play against, but history says a physical presence on the blue line when combined with an up-tempo attack can create devastating results for opponents. That is why complimenting the Stutzle selection with a swift-skating masher like Sanderson should not only make the Senators a matchup nightmare, but prepare them for when it’s time to challenge the Bostons and Tampas of the league.

Considering they already won Day 1 with the third and fifth picks, any result from the 28th selection should have sufficed for Sens fans. But Greig’s high-energy approach while mixing in abrasiveness and underrated puck skills in the form of his shot and stickhandling should soon make them thankful GM Pierre Dorion decided to draft him.

This essentially was a first-round pick and rightfully so — Jarventie easily stood as one of the draft’s premier goal scorers beyond the top 10. His shot and release are a thing to watch but he also has excellent instincts that keep placing him in those danger areas. I don’t care where you play or how strong your team is — if you can score on your own with impunity, teams will call you.

I knew this pick would get scrutinized the second they called it but only because of the team doing the picking. There were a LOT of big names remaining on the board at 44 — the question is whether Kleven deserved to be one of them. The stats may not look impressive, but just remember that the only reason Kleven was not the No. 1 on the NTDP was because of the kid the Sens took fifth overall. In other words, Kleven may have been blocked by Jake Sanderson but that doesn’t mean he can’t develop into any team’s top defenseman. Kleven delivers a very real intimidation factor that comes in handy when possession teams try to dominate the puck. Not only does he hold his line, but his has the quick feet and long reach to make life difficult for an onrushing forward no matter the speed. Pound for pound, you have to consider the NTDP’s Kleven-Brock Faber pairing as the most physical in all of junior hockey and they excelled in the shutdown role.

It’s rare to find a massive winger who makes eye-popping plays on a consistent basis, but that’s exactly what the 6-foot-4 Sokolov has done over each of his three QMJHL seasons with Cape Breton. Progression always plays a critical role with overagers, and teams do in fact track the progress of kids they previously passed over but remained on the radar. So the fact that Sokolov already is 20 years old shouldn’t take away from his ridiculous goal-scoring abilities and puck protection. His speed and footwork are both incredibly deceptive, which when combined with his plus-plus shot creates a conundrum for defenseman — play Sokolov tight, he’ll dangle you; play off him, he’ll wire it with pinpoint accuracy. Throw age and physical maturity out the window, and it’s Sokolov who joins Jarventie in the top 10 among all draft-eligible finishers.

This was a pick I had trouble with, mainly for using a high third-rounder on a backup junior goalie when dozens of kids who dominated as No. 1’s were available. You have to think Merilainen’s Karpat teammate Joel Blomqvist was the primary target, but he went to the Penguins at 52. In any event, the decision to pass on notable names can only be scrutinized until further down the road. In Merilainen, the Sens get a very composed goalie who this current season took the baton from Blomqvist and is sprinting with it. He’s a stand-up goalie who limits his movements to sharp T-pushes while staying deep in the crease, but Merilainen can come out of nowhere with an explosion to the shooter side after pucks are whipped across the seam. He’ll drop into an RVH with a textbook paddle-down technique and post seal, but he also wields an active stick to break up plays to his front or side. If there’s one drawback, it’s probably Merilainen’s inability to fight through screens consistently — Karpat is a very stingy team in coverage and allow Marilainen to see most shots. It’s the few he loses track of that gets him into trouble.

I was surprised to see Engstrand’s name off of Central Scouting’s multiple lists, especially in the second half after he proved to be one of the J20 Superelit’s deadliest scorers. Malmo had several options to defer to on their lead power-play unit, but it always seemed like everything ran through Engstrand or fellow 2020 draftee Oskar Magnusson. He’s a power winger through and through, as Engstrand will deliver big hits and be a menace along the wall. If he isn’t driving hard to the net, Engstrand can slow things down and create chances from the half wall. He’s got the speed and the shot to make you look for him every shift, but his physicality and motor off the puck also will help him stay relevant in Ottawa’s deep prospect pool.

When I looked at my list of best players available for the Sens at 158, the last name on my mind was Daoust, who was somewhat hidden as a role player on a contending Moncton squad. There were several big-timers still on the board for the Sens to grab in Round 6 — Yevgeni Oksentyuk, Veeti Miettinen, and  Dmitry Zlodeyev come to mind — but in Daoust they opted for a Canadian-born two-way type who made the most of his minutes on a strong team. Daoust is a jack of all trades — he wears multiple hats on the power play but he also kills penalties. He’s more of a pass-first center, but passing too much often gets him into sticky situations. He spent a lot of time with 2021 draft phenom Zachary L’Heureux and they seemed to have chemistry when set plays were being executed. Daoust plays with a lot of energy and enthusiasm as well, so combine all the intangibles with his above-average speed and keen vision, and you have the foundation for a potential steal in the later rounds.

I figured one of Brandon’s two available overagers — Reinhardt and Ben McCartney — was going to get drafted at some point. Not only because both had strong seasons after being on NHL radars before, but also because everyone and their mothers were scouting the Wheat Kings for Braden Schneider and Ridly Greig. The Sens opted for Reinhardt, a flashy finisher with impressive vision and hands. It was after this final pick where I picked up the sniper trend — Reinhardt made it four goal-scoring wingers who shoot the puck a ton (five if you count Stutzle) in just one draft class.