November contenders can turn out to be pretenders 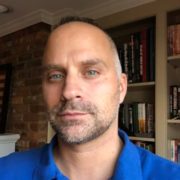 There are some who believe that Thanksgiving is a good spot on the calendar to find a legitimate indicator as to whether or not a team will make the postseason.  And up until last year, it seemed both fair and accurate. In the five non-lockout seasons between 2012 and 2017, 80 percent of the teams that occupied a playoff spot on Thanksgiving ended up qualifying for the postseason. That means the same amount of non-playoff teams by season’s end held that same distinction standings-wise in late November. In other words, you basically could count on anywhere from two to three teams a season to burrow their way into a playoff spot, plus another two or three more to sink into golf-playing mode. But things took a turn in 2017-18, when a whopping six teams that held a playoff spot on Thanksgiving ended up watching the playoffs on TV, including the St. Louis Blues, who on Black Friday of last year actually led their division before bottoming out in the spring.

This season’s standings seem tighter than we’re used to. And if you don’t believe me, take a look at the traditionally-powerful Metropolitan Division, where all eight teams from top to bottom are bunched together with only a few points separating first from last. Same holds true in the Pacific, where the San Jose Sharks with 23 points have five rivals within four points of their division lead. Even the Central-leading Nashville Predators have cooled off after a record-setting road unbeaten streak, losing three straight and seeing their lead trimmed by the Minnesota Wild to just a single point. Only in the Atlantic are we seeing teams start to pull away, with both Toronto and Tampa owning a double-digit advantage over the last-place Florida Panthers (who have four games in hand on Toronto).

Los Angeles Kings rookie goalie Cal Petersen earned his first NHL win with a huge 2-1 SO triumph in Chicago on Friday night. And it’s a good thing Los Angeles came out on top, as a loss would have dropped the Kings (6-11-1) to their worst start though 18 games since they opened the 2001-02 season at 5-12-1. Petersen, a fifth-round pick of the Sabres in 2013, was doing the NCAA thing for Notre Dame when he decided not to sign with Buffalo. The Kings signed him in 2017 and sent him to their AHL affiliate in Ontario, where he struggled this season with a .881 save percentage though 10 games. Knee injuries to both Jonathan Quick and Jack Campbell, however, hastened his promotion, and the native Iowan has stopped 49 of 52 shots since he relieved third-stringer Peter Budaj in Tuesday’s 5-1 loss to Toronto.

Speaking of the Kings, general manager Rob Blake on Wednesday shipped underperforming 26-year-old winger Tanner Pearson to Pittsburg for left wing Carl Hagelin, who turns 30 in August and is an unrestricted free agent at season’s end. Both forwards were used in a depth role and are good on the penalty kill, but they were struggling to produce for conference-worst teams, so the move from a hockey standpoint seems like a lateral one at best. The knee-jerk reaction is to think that Pearson, who has two years left on his deal, will find his scoring touch under Mike Sullivan’s up-tempo system, and Hagelin’s speed helps the Kings address a weakness. But the Kings have a greater chance of staying down in the standings than the Pens, so the likelihood is that a pending UFA with a pair of Stanley Cup rings like Hagelin will be flipped for a prospect or pick at the trade deadline while Pearson gets a longer look in black and yellow. For what it’s worth, Hagelin’s splits in 76 career games against the Pacific/Northwest Division is 0.41 points per game — his lowest against any division — but he’s a notorious second-half player, scoring 0.56 points per game after the break versus 0.40 before.

They say a hot goalie can make any coach look good, but the credit should really go to the general manager who made the decision to acquire him. That certainly is the case in Buffalo, where veteran Carter Hutton is validating GM Jason Botterill’s decision to sign him in July. Although part of the skepticism surrounding his three-year deal was centered on the idea that his stingy numbers with St. Louis last season (.931 SVPCT / 2.09 GAA) were common for a veteran in his walk year, the truth was that Hutton was perceived to be a significant upgrade over Robin Lehner. So far, so good, as Hutton is 6-2-1 in his last nine with a gaudy .929 save percentage, and that is in the face of an opposing attack that exploits the Sabres’ inability to limit high-danger scoring chances. This week, Hutton posted consecutive 2-1 triumphs over Tampa Bay and at Winnipeg, stopping a combined 54 or 56 shots.

The Maple Leafs this season are hockey’s equivalent to Homer’s epic Odyssey in that they provide you with exciting individual inner stories within the framework of a fascinating over-arching story. They are so fun to watch, and the constant barrage of open-ice chances and jaw-dropping displays of skill make it next to impossible to get any kind of work done as long as the volume is on in the background. The Leafs not only roll four lines…they roll four lines that can wear anybody out. Yes, the William Nylander contract situation needs closure. But at this point, what Nylander does or doesn’t do this season or in five years is irrelevant. The Leafs are steamrolling teams while Auston Matthews looks on in street clothes, and the lines and defense pairing are clicking with chemistry. Besides, who need Nylander when you have John Tavares and Mitch Marner? We all know Tavares can score, but his full-length back check in overtime  against Anaheim on Friday not only broke up a 2-on-1, but allowed Marner to counter the other way and feed Morgan Rielly for the winner. Tavares didn’t get an assist on the play, but it was the kind of early-season effort that can bolster confidence and make every player on that bench believe they are a part of a team that is capable of going deep in the postseason. By the way, Marner’s aforementioned assist was his 20th in the first 20 games, making him the first Maple Leaf to do so since Tomas Kaberle notched 20 helpers during the first 20 contests of 2009-10. The last Toronto forward to do that? That would be Doug “Killer” Gilmour, who in 1993-94 set up 26 goals in his first 20 games.

Congrats to Mother Russia for coming into Canada and smothering all three major junior leagues to win the annual under-20 Canadian Hockey League-Russia Super Series. The Russians didn’t bring any of their flashier players to Canada, as 2018 NHL first rounders Vitaly Kravtsov (Rangers) and Grigory Denisenko (Florida Panthers) were in the Czech Republic for the U20 Four Nations. Instead, they iced a lineup full of 1999-born prospects who are playing adult-aged competition in either the KHL or second-tier VHL, and boy did they ever stifle Canada’s world junior hopefuls, who simply couldn’t play the in-your-face, up-tempo Canadian style that has led to so much success at the international level. What made this run impressive beyond the play of individual draft prospects like wingers Stepan Starkov, Vladislav Tsitsyura and Kirill Slepets, and center Artyom Galimov, was the fact that Russia usually plays well in spurts and rarely string together successive victories. After splitting the first two games with the WHL All Stars, Team Russia dropped a 3-1 decision to the OHL before winning their next three matches, including a sweep of the QMJHL. The Russians yielded two goal or less in five of the six games in their best wire-to-wire performance since the tournament began 15 years ago. Head coach Valeri Bragin has tough decisions to make to finalize the roster that will represent Russian at next month’s WJC in Vancouver.

Prospect news and notes….There was early-season chatter that Finnish winger Kaapo Kaako could be one of the few draft-eligible players to challenge Jack Hughes for first overall. And although stats are a small part of the process in evaluating and ultimately drafting a player, Kakko has hit a bit of a wall in terms of production since he posted three goals in his first six games for TPS Turku of Finland’s SM-Liiga. The slick forward has gone 13 games without a goal, but he was one of the top Finnish players at last weekend’s Four Nations. Kakko gets a lot of looks at the net and gives you a consistent effort, so it’s just a matter of time before they start going in again…NHL rookie phenom Elias Pettersson of the Vancouver Canucks still reigns supreme in terms of scoring, leading all first-year neophytes with 10 goals and 17 points. But he’s scoreless in his last four games, and his shot generation and scoring chances have slowed down. Pettersson’s individual scoring chances for-per 60 minutes (iSCF/60) dropped from 10.21 in his first 11 games to 4.07 in the next four…Montreal’s Jesperi Kotkaniemi picked up a primary assist on the game winner in a 3-2 win at Calgary on Thursday. His primary assist-per 60 minutes average of 1.07 at even strength is fourth among rookies who have appeared in 10 or more games…Speaking of Jack Hughes, how about that dominant performance by Team USA’s “other” center Trevor Zegras in a 7-1 romp over host Omaha on Friday? I mention Hughes because Zegras was shifted to Hughes’s wing for several weeks, and some felt his play was enhanced by the move. The truth is that Zebras is a natural center who carries any line he’s on, and he proved it (yet again) against the Lancers. Zebras scored a pair of goals, added an assist and fired a game-high seven shots on net. A native New Yorker, he’ll be playing for Boston University in the fall and should be a top 10 pick in the 2019 NHL Draft.