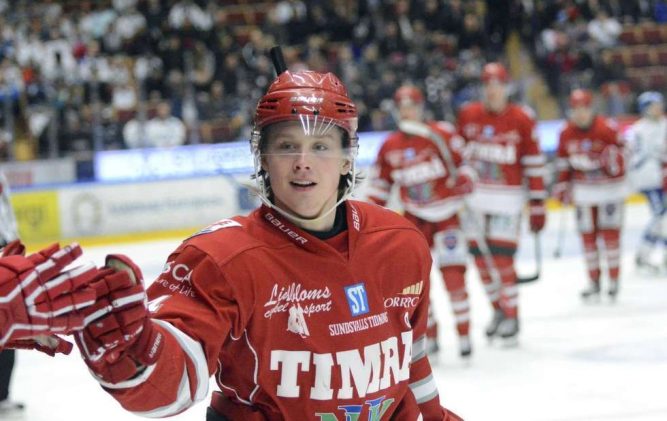 Predatory winger with an excellent touch around the net, much like his father Ulf who played over a dozen NHL seasons as a grind-it-out power foward. Jonathan’s game differs from his father’s in that he’s a bit quicker and more flashy but not nearly as physical. He had an outstanding season for Timra, with solid showings at both the U18 Hlinka and U19 Five Nations.He’s a natural on the flank, moving up Timra’s depth chart as the season progressed before landing a slot on the top line around mid-January. Dahlen is an exciting performer who moves the puck with confidence and flair, often dekeing his way around two or three opponents before setting his sights on the cage. He could stand to work on his balance, as the rigors of North American play will limit the amount of open routes he’s accustomed to in the Allsvenskan. But the fact the hustling Dahlen can not only beat you in several ways, but involve his teammates with regularity shows he’s not a one-dimensional scorer.