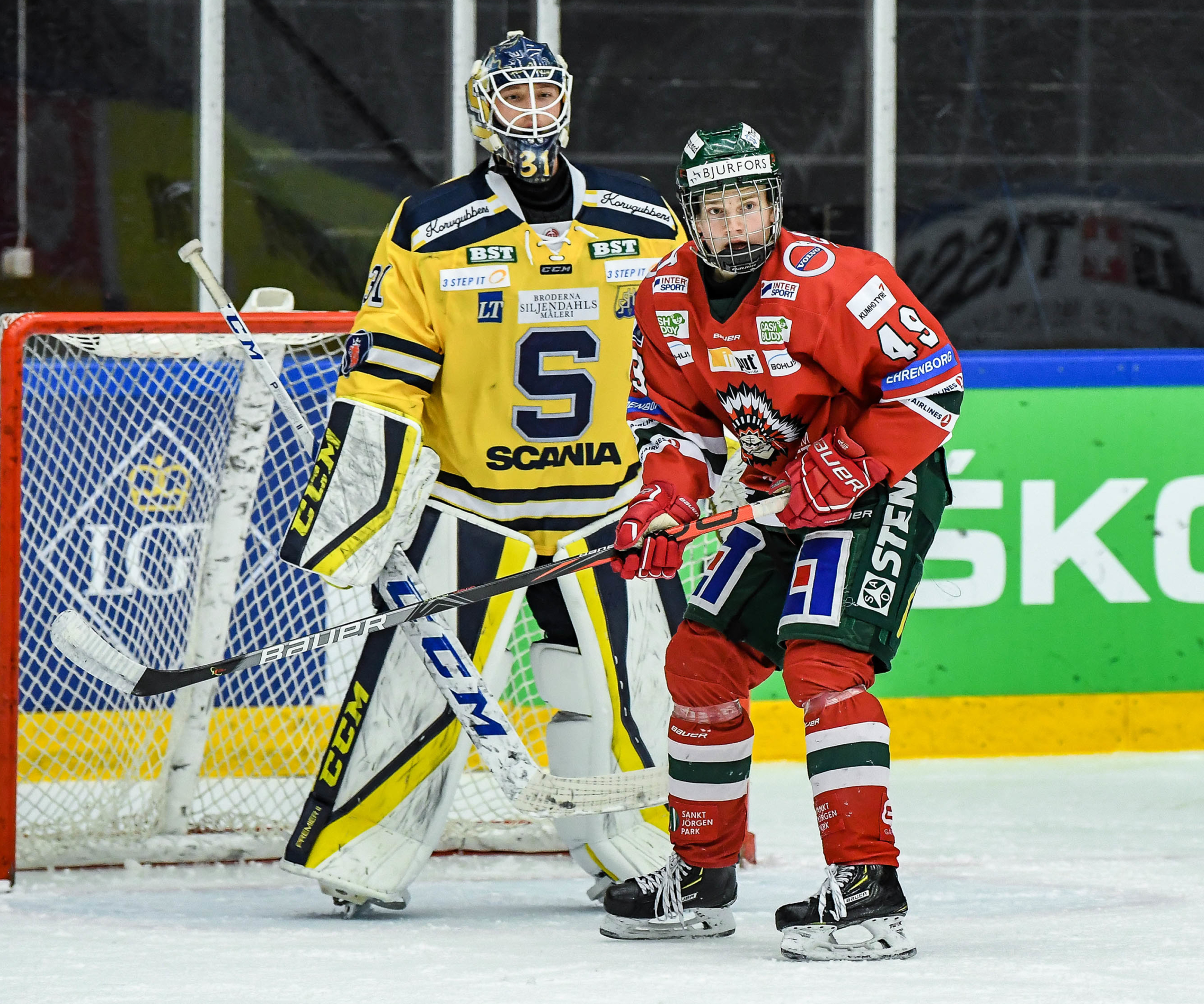 A tricky playmaking center with excellent vision and passing abilities, Niederbach drove his own line to help Frolunda once again challenge for the Superelit crown. Niederbach more than rebounded from a knee issue that forced him to miss all of last season. Not only did he rank in the top three in both assists and points on a talented Frolunda squad but Niederbach also was one of Sweden’s top producers in each of their two under-18 Five Nations tournaments this season.

Niederbach can be classified as an offensive-minded forward. He is neither big nor physical, but he plays with a fearlessness on the puck and in or around traffic. He’s an excellent stickhandler with soft hands and is able to delay from any location to survey the ice and identify his options. The heady nature of Niederbach’s game is evident the moment the puck is on his stick, although his overall on-ice demeanor seems more methodical and deliberate rather than intense and energetic. Niederbach’s calculated approach works out well for his mates, especially once he has the puck in the neutral zone en route to the opposing end. Defenders may think they can contain him in one-on-one situations, but like Eemil Viro found out at the Five Nations tournament, Niederbach can shift gears into a dangle and open lane to the net. There’s a high level of deception in Niederbach’s game, especially when he’s stickhandling at any speed inside the offensive zone.

When it comes to the power play, few can carve up an opposing penalty kill like Niederbach. The fact the he is a teammate of uber-playmaker Karl Henriksson and still led the Superelit with 16 power-play points tells you not only what Niederbach can do with the puck, but that his coach entrusts him with the critical role of set-up man on one of the league’s best teams. He often is incredibly patient with his back to the wall, but Niederbach also has that extra sense to spot the backdoor openings or gaps within the seam. He also boasts an effective wrist shot and quick release and having the reputation as a precision passer usually forces goalies to play the pass and leave enough room on the short side for Niederbach to target.

Niederbach, who also plays wing, is a swift skater who seems to limit the amount of power he puts into his stride. This likely is due to the ongoing recovery from his knee condition, which may also explain how his efforts towards loose pucks lack a sense of urgency. Again, he’s a playmaking center tasked with creating scoring chances while simultaneously strengthening a knee that was out of commission less than a year ago. For what it’s worth, Mathew Barzal also suffered a serious knee injury before being drafted but his hands and vision remained elite.

Here's the Teddy Niederbach goal where he undressed Eemil Viro, who is hyper-competitive and a real strong one-on-one defender. It happens.