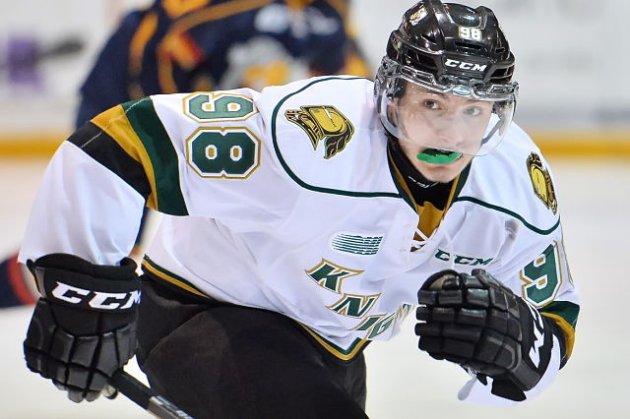 Easily one of the toughest draft-eligible prospects to gauge because he does so many things at a high level, yet is an undersized defenseman on a loaded, powerhouse of a team. His biggest asset is speed — he is lightning-quick and doesn’t have to tool with his quickness in order to blow the doors off an opponent. This kid made very sound checkers looked novice in their approach, and can cap off an end-to-end rush with a smart play towards the net, or a cut back in order to open up the ice around him. Mete relies on push-and-shove tactics to deny bigger forwards the opportunity to take the puck inside, but he needs to get stronger if he wants to be counted on at higher levels. He is a very good passer on the power play who doesn’t like to force things, and looks for offense when he’s killing penalties.