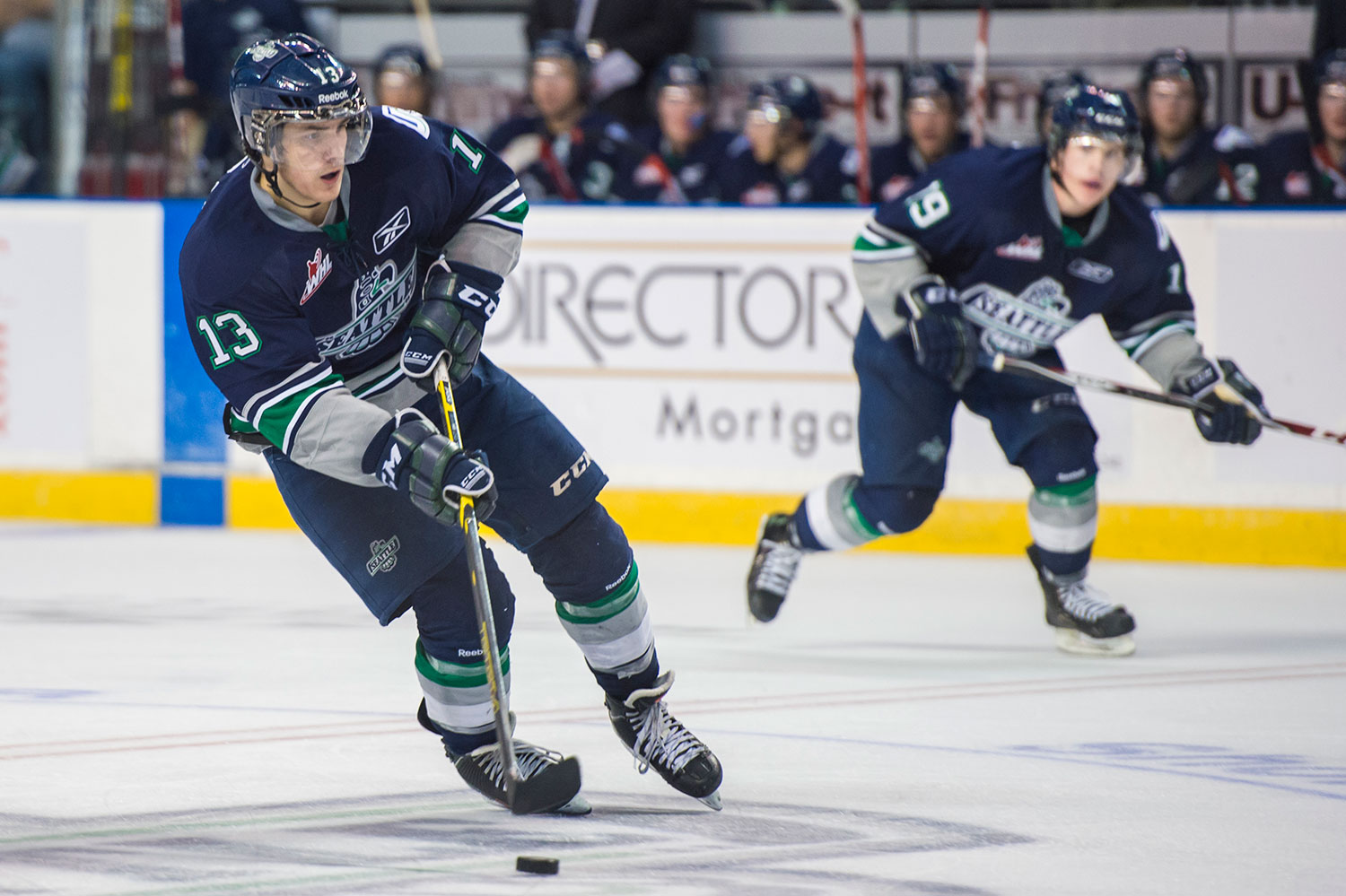 Name: Matt Barzal
Position: Center
Shoots: Right
Height/Weight: 6’0″ 177 lbs
Born: May 26, 1997, Coquitlam, BC
Obtained: 2012 WHL Bantam Draft (1st Round, 1st Overall)
Central Scouting Rankings (Prelim/Mid/Final): “A” / 9th NA / 11th NA
Notes: Finished 3rd in overall scoring at 2015 U18 World Championship with 12 points in seven games to lead Canada to a Bronze Medal…Finished 2nd on Team Canada in goal scoring  at 2014 U18’s with three goals in seven games…Missed close to three months after cracking his kneecap, but returned to score 59 points in 37  games (1.60 PPG) combined between the WHL and the U18’s.

Barzal is a smooth-skating playmaker who boasts superior playmaking ability. He plays a smart, disciplined game, specifically when controlling the puck. Possesses excellent hockey sense. Can run a power play and is highly effective at entering the zone with either speed or patience. Great vision. Can stop on a dime and thread the needle through traffic and over long distances. Extremely dangerous player in the offensive zone. Very hard to telegraph. A student of the game. Not very physical and while he does compete in puck battles, he will need to add strength to improve his board play. He also has a tendency to force things, such as overpassing and dangerously walk the puck along the offensive blue line into heavy traffic. Possesses an accurate shot but does not use it enough.