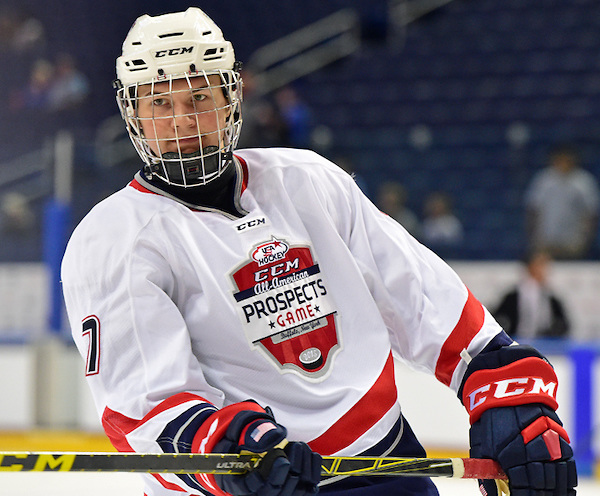 Labeling a defenseman as the “shut down” variety is not only cliche, but extremely subjective. Peeke, however, is in our view the draft’s best one-on-one defender, and it means something when you can impact a game’s complexion with this ability. He is big and mobile, using an active stick and mammoth wingspan to fix onrushing opponents into a failed decision. Peeke can also play the power play thanks to his wicked shot and ability to thread the needle. He coulod stand to increase the intensity from a physical standpoint, especially when he has the size and strength to do so. But he plays a clean, disciplined game and served as a fireman for most of Green Bay’s late-game lead holds. Add Peeke to the list of the growing number of Florida-born prospects with serious NHL upside.