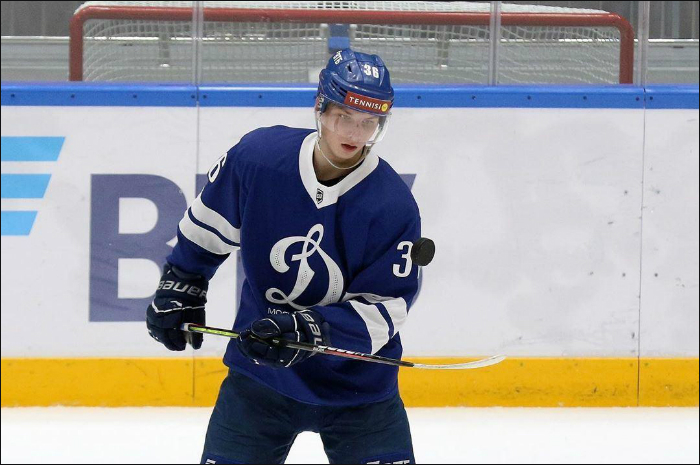 The amount of time it takes an NHL club to transition from rebuild to Stanley Cup contention is driven by a host of factors, to include how successful they are at drafting and player development. In the case of the Vancouver Canucks, the ability to hit home runs on multiple first-round picks between 2015 and 2018 helped propel the team to its deepest playoff run since 2011, although it didn’t come as cheap as it sounds. Adding veterans J.T. Miller and Tyler Toffoli cost the Canucks their first two picks in the 2020 draft, plus coveted center prospect Tyler Madden. Of course, if there was one team who could afford to take such risks, you’d think it would be the club that produced three consecutive Rookie-of-the-Year finalists in Brock Boeser, Elias Pettersson, and Quinn Hughes — all acquired in the first round of their respective draft years. Thus, the rags-to-riches Canucks are now considered one of the Western Conference’s most formidable opponents.

Even with the spike in prominence, however, Vancouver still possesses blue-chip prospects in 2019 draftees Vasily Podkolzin and Nils Hoglander, plus the quality AHL goaltending of 2017 third-rounder Michael DiPietro should earmark him to become Thatcher Demko’s full-time understudy once veteran Braden Holtby is out of the picture. As for their 2020 draft class, the Canucks appeared to target skill and speed yet again. Despite the lack of a top-62 pick, the duo of GM Jim Benning and new scouting director Ron Delorme walked away with several prominent names such as Finnish defender Joni Jurmo and Russian center Dmitry Zlodeyev (pictured). The issue, however, is that in terms of skaters, the Canucks usually don’t hit on their picks made outside of either the first two rounds, so an uphill climb for the Class of 2020 should be expected.

Few things irritate me more than doing a quick Twitter search for something as basic as a mere photo; only to have the misfortune of reading some pretty wild takes on a prospect’s potential. Jurmo was someone who stood out for a high-powered Jokerit squad in early-season action; mostly for being a calming presence under pressure and bailing out his teammates who showed a lack of interest in facing a heavy forecheck. That is why criticisms about Jurmo’s defensive game came across as either harsh or incredibly selective, all likely derived from the smallest of sample sizes. The truth is that Jurmo was called upon on in most late/close and penalty-killing scenarios — duties normally reserved for defenders who can be counted on to handle danger. On top of that, the kid is a beautiful skater who goes end to end with speed and confidence. At 6-foot-4 and an obvious desire for impacting shifts, Jurmo in this draft class was as good as any team was going to get in the middle of the third round.

My initial reaction to Vancouver’s selection of a U.S. high schooler without Judd Brackett involved in the process was one of surprise — maybe it was Benning’s way of telling his former scouting director that he wasn’t the only one on the staff with an eye for American-born prep talent. But the reality is that Kunz was ranked in Central Scouting’s top 100 for North American skaters and is considered one of the NCAA’s top second-tier incoming recruits. Big but shifty, powerful but soft-mitted, Kunz can beat you in a bunch of ways either on or off the puck, and he was the perfect compliment to a playmaking center like Artem Shlaine when they combined to give Shattuck St. Mary a devstating top line. Like most power wingers, Kunz has to fine-tune his game off the puck and improve his footspeed, but with hands like his, you’d be wise to bet on him creating offense without needing much room before him. Kunz is committed to North Dakota.

After not drafting a single U.S.-born defenseman between 2011 and 2016, the Canucks’ addition of Truscott makes it three in the last four years. And although Truscott like current Vancouver phenom Quinn Hughes is a Michigan native trained by the NTDP who will play his college hockey in Ann Arbor, the former still is several notches below Hughes on the overall Fun-o-Meter. Granted, Hughes is a special talent, but that shouldn’t take a way from Truscott’s clean puck management, hard shooting, and defensive-zone reliability while paired with a partner considered to be more offensively inclined. Still, most NTDP defenders are required to have two-way capability, although their opportunities to showcase their offensive skills tend to get masked under the structure of a forward-centric attack. But don’t sleep on Truscott as some stay-at-home type — he also managed to earn power-play time and was used as a one-timer option from the high point.

Excessively bullish or excessively ignorant? Either one will ring true if Zlodeyev doesn’t cut it, but I figure I have a solid 12-24 months of hoping he develops into that first-round caliber player I claimed him to be. One thing is certain — you guys already like what you see and it’s only been two months. Zlodeyev is a beast on the puck, almost similar to Vasily Podkolzin. There isn’t as much violence or ferocity as his fellow countryman displays on a shift-to-shift basis, but Zlodeyev is far from a pushover. In fact, he will deliver big open-ice hits, but only if the situation absolutely requires it. It’s along the boards and in the corners where Zlodeyev’s hands, agility, elusiveness, and vision come to the forefront, but he’s also capable of finishing in several ways, to include off the rush via a blistering shot. Make no mistake about it — Zlodeyev drove his line from start to finish and was versatile enough to be used and succeed in all conceivable situations.

Another swift skater from the defense position, Persson is similar to Jurmo in that they think and demonstrate offense during most of their shifts in a given period. Another similarity is that Persson also knows when to limit risk-taking once games get tighter. Consistent shooting, power-play quarterbacking, and joining the rush have helped Persson rank among the top defense scorers in the J20 Nationell. This is an excellent pick in the seventh round, as I had Persson ranked almost three rounds higher.