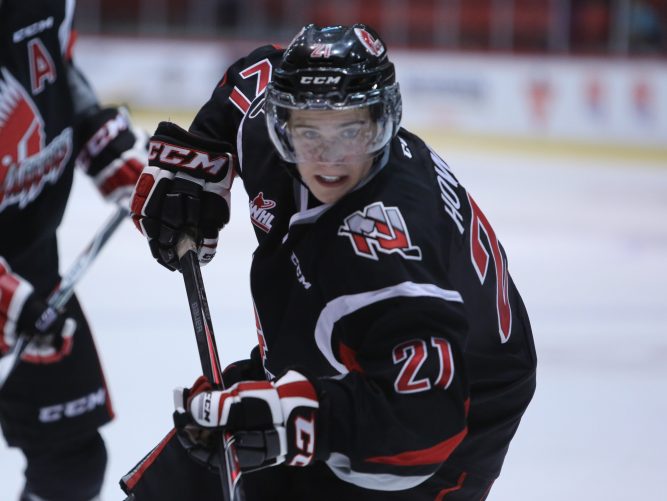 Heady playmaker with good size and a “Follow Me” attitude who played on Moose Jaw’s top-six thanks to a combination of strong hockey sense and tenacity. One thing we noticed is how fine a passer he is — especially off his backhand — and how he threads the needle across long distances. Brett isn’t as fast as his brother (and 2010 first rounder) Quinton, but he makes up for it with the kind of no-quit attitude and sound positioning necessary for teenage centers to exploit the obvious advantage in puck skills. He’s strong on his feet and will eat defenders alive if they aren’t squared to him, but he’s more of a thinking-man’s puck rusher in that he’d rather stop short and re-asses rather than try to blow past or through a defender.

Howden owns a hard, quick wrist shot that he favors over the slap shot, but also carries a strong backhander he can elevate once inside the hash marks. He’s also strong on faceoffs and can be used in both shorthanded and late-game situations.