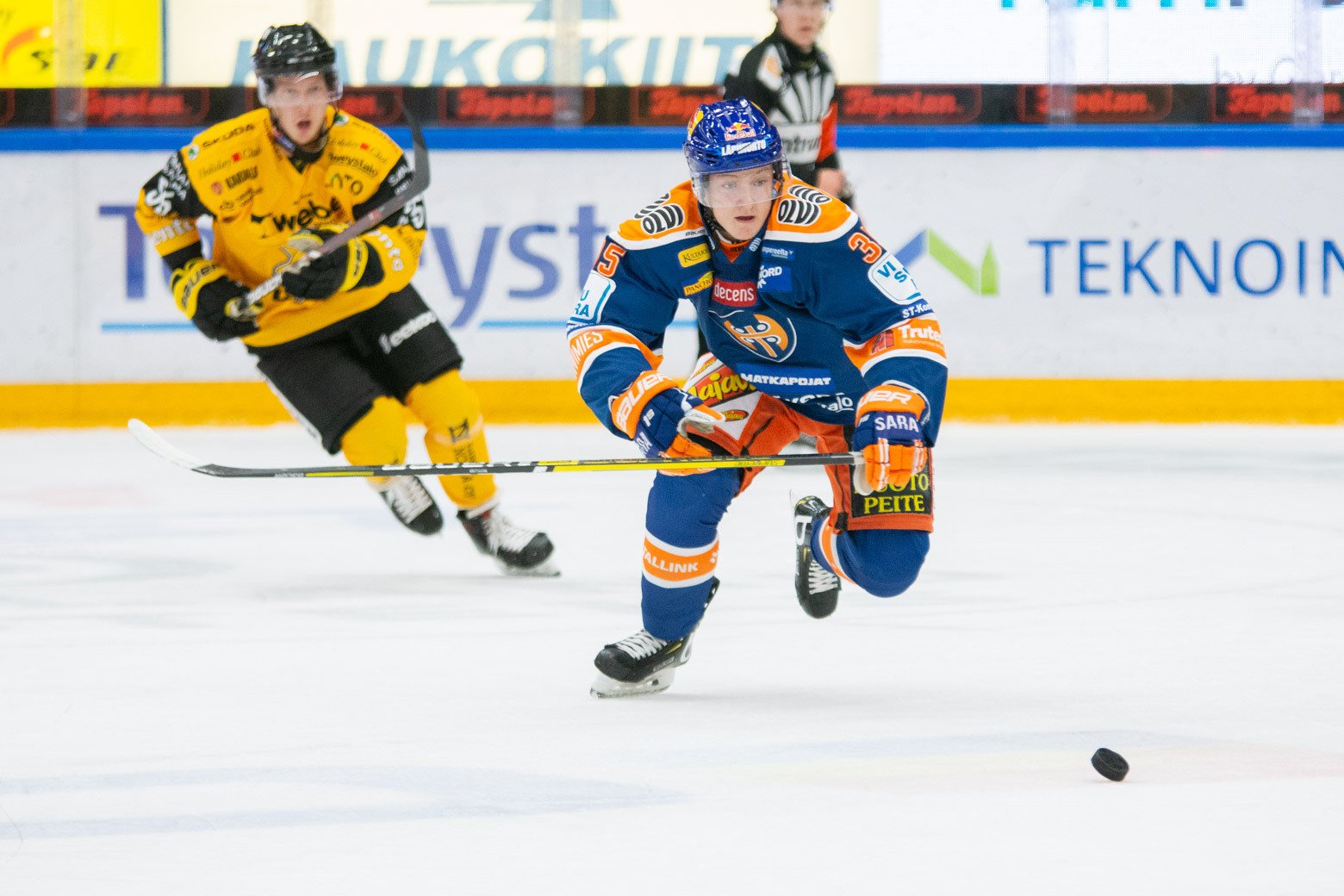 One of the top scorers in Finnish junior hockey in each of the last two seasons, Simontaival proved to be too good for his age group on multiple occasions; thus earning another round of promotions to the adult-age Mestis and elite SM-Liiga. He also has been a fixture at the under-17 and under-18 international circuit, and it’s his consistent production in the latter – 36 points in 28 U18 tournament games since 2018-19 – that has helped his reputation as one of Finland’s top forward prospects in the 2020 draft.

Simontaival is pure offense. He may not be the biggest kid on the ice, but Simontaival plays with intensity and is always looking to ram his offensive prowess right down his opponents’ throats. He spends a lot of time hovering near his own line in search of passes to pick off and turn into instant odd-man rushes.

Simontaival has been a threat anywhere he’s played. From a top-six role in the Mestis to a first-line winger at the junior and international level, Simontaival has been able to use his quickness and attack-first mentality to generate multiple chances for himself or his linemates. Creating time and space is rarely a problem for someone with quick feet and advanced puck control like Simontaival, and his anticipation off the hop is quite high. In the last under-18 Five Nations tournament, Simontaival played alongside a pair of physical forwards in 2021 draft prospect Samuel Helenius and winger Eetu Liukas, and he was actively engaged in boards battles and fought for pucks before he dished them out for one-timers or chances near the net.

From a skating standpoint, Simontaival maintains a slightly hunched posture but can drop a quick first step. Having a low center of gravity might make one think his stride is short or choppy, but Simontaival’s stride is long and clean, and he can outpace pressure even from an equal starting point. He’s nimble and agile in tight spaces, and Simontaival is consistent in his ability to fake or juke an opponent to lean the wrong way and beat them to a spot for a clean look. He has very strong edges, and there are several stylistic comparisons to Chicago Blackhawks prospect Niklas Nordgren.