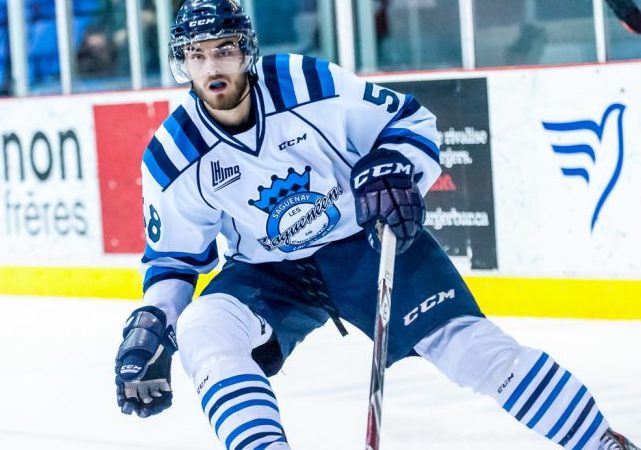 Allard is a solid two-way defender who specializes in running a power play and using a cannon of a shot from the point. You couldn’t ask for more from a blueliner who improved year-to-year before coming up on draft eligibility. Allard is a very good north-south skater with the ability to read formations and guide both the puck and his teammates towards the weaker portions of the enemy defense. He’s not a finesse player, but he can make creative plays and pass the puck with flair if the situation necessitates it.

From a defensive standpoint, Allard was the Sagueneens leader both on and off the ice. His defensive game improved dramatically, and was entrusted by head coach Yanick Jean in all situations, to include the penalty kill and top-line matchups. Allard isn’t able to intimidate with physicality, but he doesn’t overcommit and rarely will gamble towards the puck in a one-on-one. He has hampered by injuries this season, including broken ribs which limited his abilities in the postseason and forced him to sit out the NHL Draft combine.