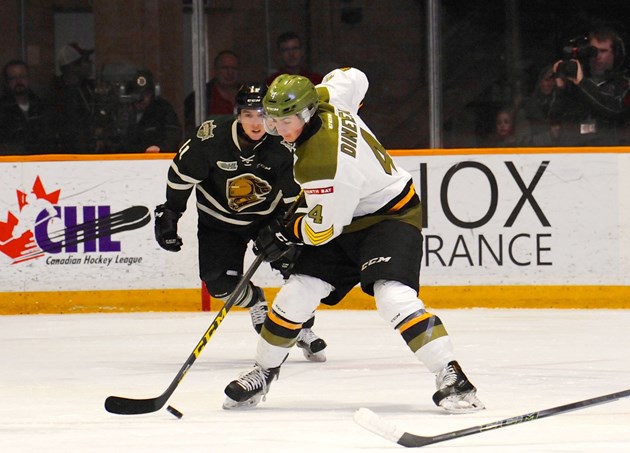 The talk around draft circles is the first three defensemen picked in 2016 will not only come out of the OHL, but could all be top-10 picks. But history’s shown us that being a high-profile pick doesn’t guarantee a thing, which is why drafting a sound puck mover like Dineen after Day One’s fireworks could end up as one shrewd move regardless of whether a two-way blueliner is a team need or not. The Toms River, NJ native bested all his OHL peers in scoring with 59 points in 68 games while being used in all situations. Dineen is not big or overly physical, but he’s silky-smooth with the puck and maintained his consistency even after opposing coaches realized how big of a three-zone threat he was. He’s an exceptional passer with eyes in the back of his head, and he has soft hands to where he can deaden the puck and lay it flat to make a cleaner follow-on play. Dineen has an above-average shot, and he can fire both his wrister and slapper with authority and accuracy. He routinely makes high-percentage decisions and has all the makings of a solid top-four NHL defenseman.

Houston's got a problem.

Saw the hit. Didn't look that bad at first but James Malatesta went into the corner with McIsaac and boarded him with authority. Thing about Malatesta is that he has legit upper-body strength for a smaller forward. Hit knocked McIsaac out and he had to be carted off.

Unquestionably, record or no record.