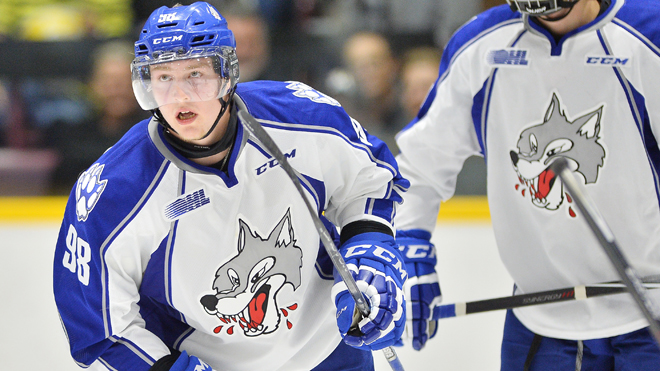 If you judge a player solely on production, then Sokolov’s rookie season was nothing short of outstanding – he led OHL rookies with 30 goals, including 15 over his last 23 games. But digging deeper in the power winger’s season reveals disconcerting traits, to include accusations of laziness and poor off-ice work ethic. A shoulder injury may have had something to do with that, and the fact that he played the entire season should help his case. Remember, he’s just a kid, and one who left Russia to play in North America no less.

His size/shot combo is lethal, and he has a soft set of hands to bury the roughest of goal-mouth feeds. Sokolov on occasion is deceptively quick, but his straight-line skating is average. He can make sharp cuts and change speeds, but he’s simply not fast enough to win many footraces. Still, he has an exceptional understanding of the lower half of the offensive zone, and he has a strong grasp of play development. Sokolov is clearly in the top 10 percent of all draft-eligible goal scorers, and it’s scary to think what he could have done with a healthy shoulder.