The Draft Analyst’s Rankings: The top 250 prospects for the 2016 NHL Draft (March) 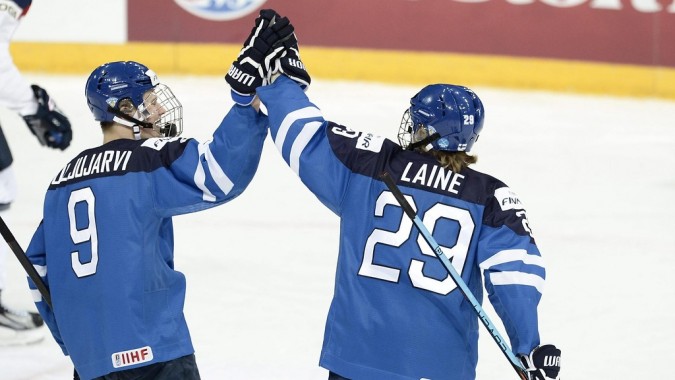 How deep is the 2016 NHL Draft? Well, for brevity’s sake, it’s not. And while teams without the benefit of a first round pick will need Lady Luck on their side to find star potential in the later rounds, that doesn’t necessarily mean there won’t be a gem or two within a relatively bland crop of draft eligibles. There is a sizable gap separating the cream from both the Canadian Hockey League and the United States Hockey League with the above-average or “boom or bust” types, which means scouts and general managers may be inclined to turn their gaze towards Europe and gamble on their ability to convince one or several from its talented pool of skill players to cross the pond and play in North America.

With that, there is no change to the top spot, as Arizona-raised pivot Auston Matthews concluded his strong season in Switzerland’s National League with a nomination for most valuable player and remains the draft’s only center with franchise, or “generational” potential. Workhorse puck-moving defender Jakob Chychrun (No. 2) of the Ontario Hockey League’s Sarnia Sting carried his team to a high seed for the playoffs, logging well over 30 minutes per game and finishing fourth in scoring among defensemen. Finland’s top prospect is uber-scoring winger Patrik Laine (No. 3), whose torrid production slowed down in March without compromising effort or involvement. We view him as the best draft-eligible goal scorer since Alexander Ovechkin in 2004, and one can argue Laine’s pre-draft season in the Finnish league is as, if not more, impressive than what Ovechkin did in Russia in 2003-04.

Jesse Puljujarvi (No. 7), Laine’s fellow countryman and star of the 2016 world junior championship, was dropped to seventh for one reason and one reason only — his play at even strength did not match what he did with the man advantage, scoring only two ES goals in his last 31 games before his regular season was shut down following a nasty hit in a match against Helsinki on March 4th. While his upside is certainly worthy of a top-three pick, we feel all but one of his peers ranked ahead of him have been far more consistent — with Mississauga’s Alexander Nylander (No. 6) seeing a dip in goal and shot production only to exhibit his already advanced playmaking ability.

Quebec is known for producing finesse players, but we’re working overtime to try and find a QMJHL-trained prospect who played the skill game with dominating physicality like Cape Breton forward Pierre-Luc Dubois (No. 5), who finished third in scoring with 99 points, and 12th with 112 penalty minutes. He’s a nasty player who’s physically ready to endure trench warfare at the highest level.

The rebuilding University of Wisconsin Badgers may have had a disappointing season in the standings, but top player Luke Kunin (No. 16) produced an outstanding freshman campaign, leading his team with 19 goals, and scoring 13 goals and 21 points in his last 17 games. The St. Louis native and former NTDP product owns one of the draft’s best shots and can flat out fly, but there’s more to his game than offense.

Two OHL products — Kitchener’s Adam Mascherin (No. 33) and Saginaw’s Tye Felhaber (No. 148) — were red hot in March. Mascherin is a strong, thick playmaker with tremendous vision and a lethal shot who carried the Rangers’ offense. He’s a bit undersized (5’9) and his skating is slowly improving. But his playmaking is world class, and he ranks up there as one the draft’s top set-up men. Felhaber, one of the top picks in the 2014 OHL Priority Selection, rebounded from a brutal first half with a strong second-half effort centered on hustle and setting up his teammates. He’s relentless on the forecheck and can make quick plays from a scrum or puck battle right into prime scoring areas.

We were guessing Chad Krys’s (No. 45) nomination to Team USA’s world junior squad would boost his game in the second half, but it’s been a pretty uneventful season for the Boston University-bound product, who at one point last year was considered a possible top-10 pick. He’s mobile and can jump start an offense, but his decision making in his own end is unbecoming of a top prospect, especially when you consider how low expectations are for NTDP defenders. He’s going to need a strong under-18 world championship in April to stabilize his season.

Sarnia set-up winger Jordan Kyrou (No. 81) has a ton of talent, but still tries to do too much and is guilty of turning the puck over far too often. He’s still dangerous off the rush, but we’re noticing defenders treat him differently than they did last year, almost daring him to make a play. We’d like to see him play inside more.

Russian goalie Vladislav Sukhachov (No. 116) was the darling of the 2015 Ivan Hlinka, but the undersized netminder has been far too up and down for Russia’s U18 squad. He’s quick and feisty, but toning it down should be his first step towards recovery. We now feel teammate Mikhail Berdin (No. 85) may be the better option.