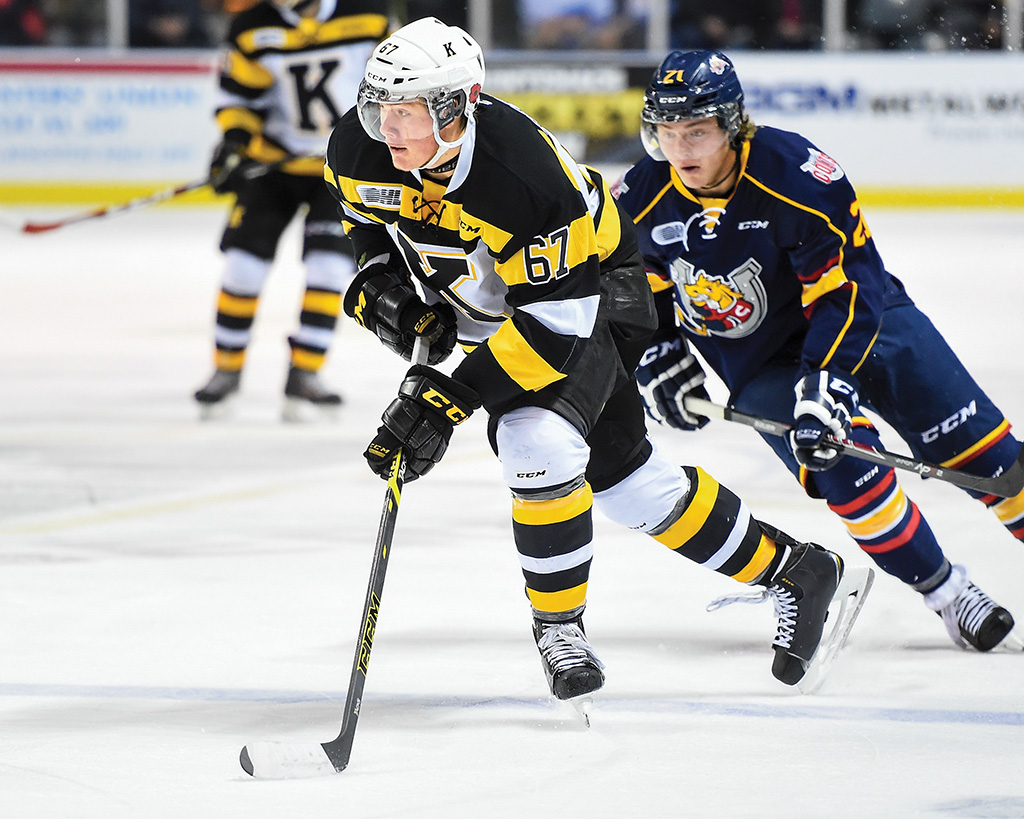 Okay. Say to yourself  “I’ve never heard of Lawson Crouse before.” There. Now that we’ve gotten that out of the way, let’s talk about the 2015 Entry Draft’s best power forward. This talented specimen is deserving of his reputation as a top draft eligible for a variety of reasons. He has as much of a chance to develop into a star as any of his peers, and will prove to be a fantastic asset for any team who gives him the chance to shine. Simply put, Crouse is a low-maintenance, one-man demolition crew. He possesses an exception blend of power and determination, and everything good that happens to him on the ice is a consenquence of it. At 6’6, 220 pounds, Crouse has the potential to become a dominating power forward at the NHL level because he has the shot and net presence opposing coaches can only talk about neutralizing. He was given an opportunity to lead an understrength Kingston team and conducted himself with aplomb, playing in all types of on-ice situations and leading by example. Crouse does not have many flaws. He’s not a speed demon, but he’s a good skater with great balance who uses his long strides to cover ground in a hurry. He has a reputation as a fearless hitter and tireless worker; he’s at his best when he’s causing havoc along the boards and creating turnovers with his relentless forechecking, then positioning himself for a quality chance. He has very good stamina for a guy his size; he doesn’t tire out in the middle of a cycle in either zone. He sacrifices his body to make the smart play — a lost art in today’s game. Furthermore, he’s the last guy to look towards the bench for a change when an opposing attack isn’t neutralized. He is a good passer for a big man, but don’t expect him to get fancy or fool around with the puck. You notice him when he’s not scoring, and in a good way.