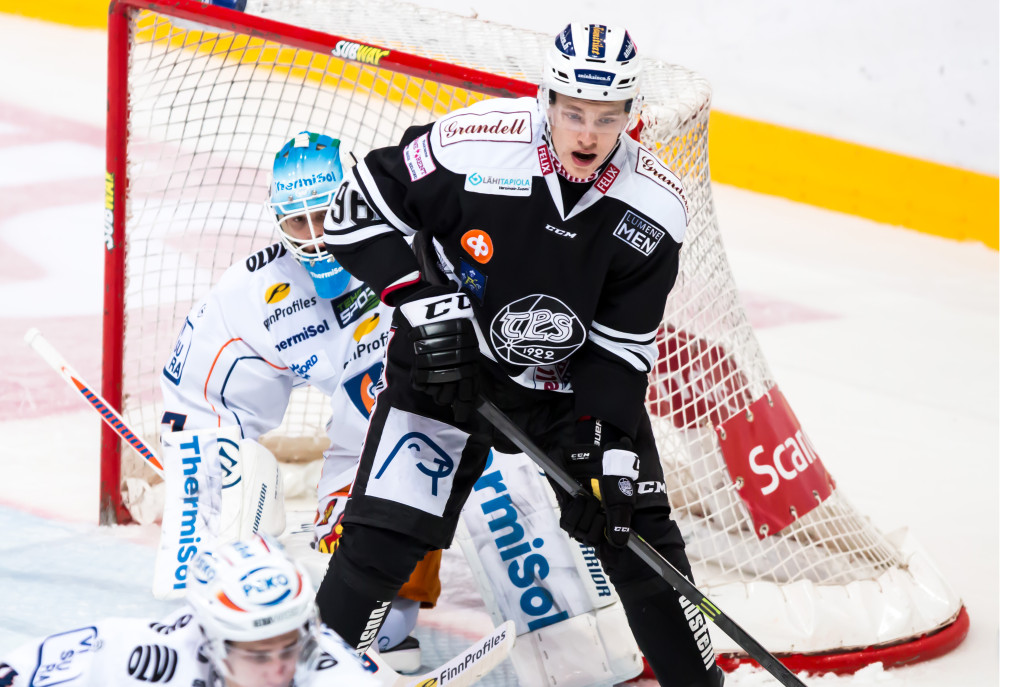 The concept of strategizing player development is steeped in subjectivity. There is no one analytic or checklist to determine if production trumps progression, or if effort beats ignorance. Every draft eligible player is unique in their own right, but it is up to the team to determine the line between making it and “cutting sling load.” In the case of Mikko Rantanen, the crafty Finnish winger who has dazzled during several best-on-best tournaments, there should be no concerns, nor a razor-thin line to be toed. He has been the beneficiary of faith in his potential while playing in Finland’s top professional league. In fact, he was moved up to TPS’s top line before he reached his 18th birthday. Granted, TPS was a poor team with an average age of 24, and the coach likely ran out of options. But once he was given that opportunity, “running with it” would be an understatement — his points-per-game average following the WJC jumped from 0.35 to 0.63.  Rantanen is most certainly a skilled power forward, but not in the physical sense. He has an NHL build and he uses his size to protect the puck as good as anyone in the draft, but he’s also a very good playmaker who sees the ice exceptionally well and can draw opponents towards him before hitting the open man; an underrated aspect of his game. He’s is definitely a thinking man’s power forward in that he does not necessarily rely on brute force to make plays. Rantanen is also a highly opportunistic and low-maintenance goal scorer. He has to be because he does not possess nor rely on one signature move or asset — he scores goals any which way he can. His shot is above average but he makes up for it with a very quick and effortless release. Most impressive about Rantanen is how mobile he is for his size; his skating was once a serious concern, but he clearly made strides to improve his mobility as he now possesses a quick first step and a powerful wide stride. Attempts to move him to center did not bear fruitful results, so he was nevertheless shuffled from left wing to right wing, where he has reinforced his reputation as a dominant threat. Rantanen is also very coachable — a mature young man who has shown a willingness to adapt, play in multiple situations and do anything else asked of him. His focus for the coming years should be learning how to use his size and get stromger to win battles along the boards — on both sides of the puck.