Photo courtesy of The Guardian 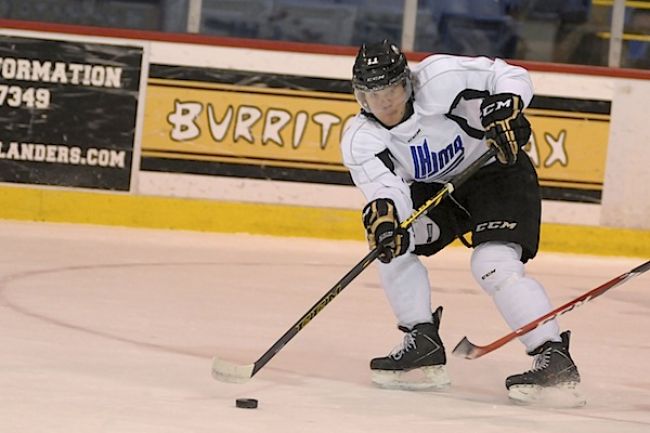 Position:Right Wing
Shoots: Right
Height/Weight: 6’0 lbs 190 lbs
Born: March 17, 1997, Amsterdam, Netherlands
Central Scouting Rankings (Prelim/Mid/Final): ”A“/ 20th NA / 20th NA
Obtained: Drafted by the Charlottetown Islanders in the 1st round (13th overall) in the 2013 QMJHL Entry Draft.
Notes: …Led the Islanders with 39 goals, 49 assists and 88 points while playing on their top line, centered by fellow 2015 draft eligible and possible 1st round pick Filip Chlapik…Finished 12th in goals, 13th in scoring and 10th in shots (270)…Named to 2014 QMJHL All Rookie Team after he finished second among rookies in goals (30), assists (38) and points (68)…

There’s always one. Every year, one prospect stands out above his peers for both the good and the bad; the kind of player who forces talent evaluators to take a few extra dips into the Rolaids container since the kid will either turn into a star or make a single draft year infamous for the wrong reasons. No draft-eligible player has accumulated more fence sitters than Daniel Sprong, the electrifying superscorer who epitomizes every draft-related cliche one can think of: boom or bust, risk versus reward, downside to his upside. Nevertheless, the package has legitimate value. He is a very quick and explosive skater who has very good acceleration and a long stride. For a finesse player, Sprong is pretty strong on his skates and has shown really good balance and agility when carrying the puck through and around defenders. His kit bag is full of tricks and surprises, and he can be very difficult to defend, especially on the rush. Sprong has an excellent wrist shot and can shoot it hard, low and on net from the poorest of angles yet still force the goaltender into making a tough save while losing rebound control. He is also a power play specialist who is constantly moving but not to the point where he’ll overload a side and create a disadvantage for his team. Very good offensive instincts and can read plays beyond the typical “this is where the puck is going so let me go there.” Rather, he takes advantage of voids left by defenders by understanding and anticipating how they would react to the puck being in a specific area. In other words, get him the puck because he’ll be locked, cocked and ready to rock. Unfortunately for Sprong, he has had a very difficult time adhering to the tenets of defensive hockey, and has even gone as far to give up on plays heading the other way. He seems to have a personal quota into how many times a game he’ll bust it on a backcheck or at least try to make a defensive play. Sprong may never well get it, but he’s certainly worth the risk.

Photo courtesy of The Guardian