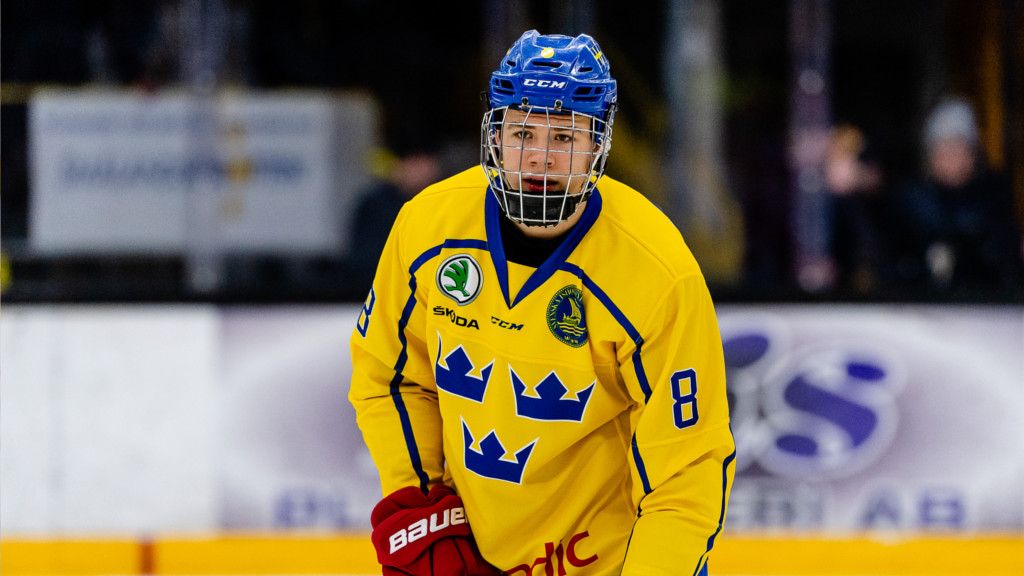 Wallinder is a poised two-way defenseman with a mean streak who can play over 25 minutes a game and be used in all situations. He’s been in the adult-age Allsvenskan for parts of the last two months after a dominant run in the J20 Superelit where he was clearly one of the best defenders in the entire junior circuit. Wallinder’s season started with a bang thanks to an outstanding showing for MODO at the Junior Club World Cup in August. Although MODO struggled in the win column, Wallinder averaged 28:18 over four games, including 29 minutes or more in three of the matches. His transition to the Superelit regular season was seamless, as he averaged big minutes as a top-pairing blueliner while ranking second in the Northern Division in defense scoring. While playing against his peers, Wallinder is the clear-cut anchor of any pairing he has been on.

Wallinder is an excellent skater with strong edges, excellent balance, and fluid movements in all directions. He looks graceful in open ice and can carry the puck from end to end with speed and agility. Even in a clogged neutral zone, Wallinder is confident in his stickhandling and nimble enough to sidestep or weave away from pressure while keeping his head on a swivel and attacking the weakest point. If possession changes, Wallinder can reverse direction on a dime and begin a powerful backskate while maintaining a tight gap with his stick positioned properly. One of several noticeable aspects of the way he defends is his ability to maintain focus on the puck while taking occasional peeks at possible threats developing elsewhere. Wallinder has a highly-active stick near his own goal but he will drop a quick first step to pounce on a puck in the corner. Even with his back to the wall and under pressure from multiple directions, Wallinder will either use the boards for a bank pass or quickly pivot away from his checker to explode up the ice. He also battles hard for low-slot positioning

Wallinder is a serious threat on the puck. Not only can he quarterback a power play because of his pro-level shot and skating, but he also has soft hands and excellent vision. He whips the puck around the horn with accuracy but he also walks the line and can look off a checker while delivering a backdoor feed. Making plays on his backhand seems natural and he can saucer a pass over a harassing checker’s blade while luring away from the circle.

On the surface, it appears Wallinder comes to play every game and has a great attitude on the ice and on the bench. He seems to be receptive to instruction form his coaches and is willing to do whatever it takes to succeed. Wallinder is a tough competitor who likes to throw his weight around and step up in the neutral zone to deliver big hits. He also has impressive upper-body strength to shove equally-strong forwards off balance when they attempt to take him to the outside. Even at the end of long shifts, Wallinder has proven to be effective and keep up the intensity as much as his body will allow it. He has played both the left and right sides with consistency at multiple levels, and he will be on the ice for most late-close situations.

His consistency has improved while playing in the Allsvenskan but he has been a bottom-pairing defender for most of his time competing against adults. Wallinder does see time on the power play and is confident in shooting the puck but he does not have as consistent a role on the penalty kill. Although he can seem overmatched defending against older, more experienced competition, Wallinder’s willingness to learn and improve, coupled with his dominance of junior hockey, makes him an excellent defense prospect with potential for stardom.

William Wallinder with some sound decision making before ending up in front of the goal for a tip-in. Did a great job before the faceoff covering the front of the net. Here he reads the play properly and assumes risk because Vasteras had three forecheckers in the left circle pic.twitter.com/OF9znPISii

Active power play for LHD William Wallinder (#54 white) during MODO J20's 7-2 rout of Vasteras J20.I really like his no-nonsense approach to shooting and he uses an aresenal of shots that get through with frequency. Excellent skater as well. pic.twitter.com/sJ0uuQ86xL