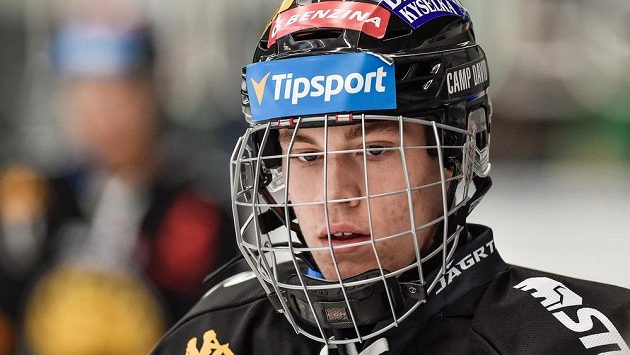 Jan Mysak was a prolific scorer in junior hockey, but that seems like eons ago, no? Mysak, a gifted offensive forward and the prize of the Czech Republic’s draft class for 2020, was earning his stripes as a teenager in the tough Czech Extraliga for nearly two full seasons before joining the OHL’s Hamilton Bulldogs in mid-January. With Litvinov, Mysak suited up for a team that not only ranked near the bottom, but also struggled to score. In a way, the situation allowed him to play a top-nine role, albeit with fluctuating minutes, and also gave him the opportunity to see significant time on the power play. He also displayed a high motor, youthful exuberance, and was finding ways to get under the skin of opponents twice his age.

His transition to North America and the goal-friendly OHL has started out as expected — he scored four goals in five games (two shorthanded). Seeing top-six minutes while killing penalties and manning the point on the power play lend to his versatility, but make no mistake; Mysak can be an excitable and dynamic scorer with outstanding patience near the net.

From an international tournament standpoint, Mysak has yet to produce a signature performance. Although he was named Player of the Game for the Czech Republic in three of their five games at the recent under-20 world junior hockey championship, he wasn’t as impactful at the under-18 Ivan Hlinka tournament the previous August. His Extraliga play, however, had him pacing to surpass the pre-draft production of the likes of Martin Necas, Filip Chytil, and Filip Zadina.

Mysak has a knack for getting open and uses his top-end speed to outpace pressure. His footwork and straight-line skating are quite impressive, and his stride is long and clean. Mysak also displays a commanding on-ice presence and is a creative forward who can finish as well as he can set up linemates. Mysak has elite hands and a nasty shot-release combination on his wrist shot (just ask Yaroslav Askarov about that one). He was a bit more active finding space in the Extraliga than he has with Hamilton, but he still knows how to create his own shot and has proven he can score on the backhand with regularity.

Defensively, Mysak is a smart forechecker who tracks puck direction and positions his stick properly once he pivots into a backward skate. His quick feet and stick work in concert when applying pressure which leads to multiple takeaways. Mysak is not very physical in terms of digging in for a tough board battle or throwing his weight around, but he also has resilience to take a beating yet still keep his head on a swivel and recover quickly to attack the puck.

Here’s a good example of Jan Mysak’s speed 45 secs into a shift. He kind of goes through the motions every now and again, but when he’s hungry he covers a lot of ground. Jack Quinn (#22 Red) was spent after PK hustle but Mysak still had to go a long way to go to track him down pic.twitter.com/svDPPQS9UG