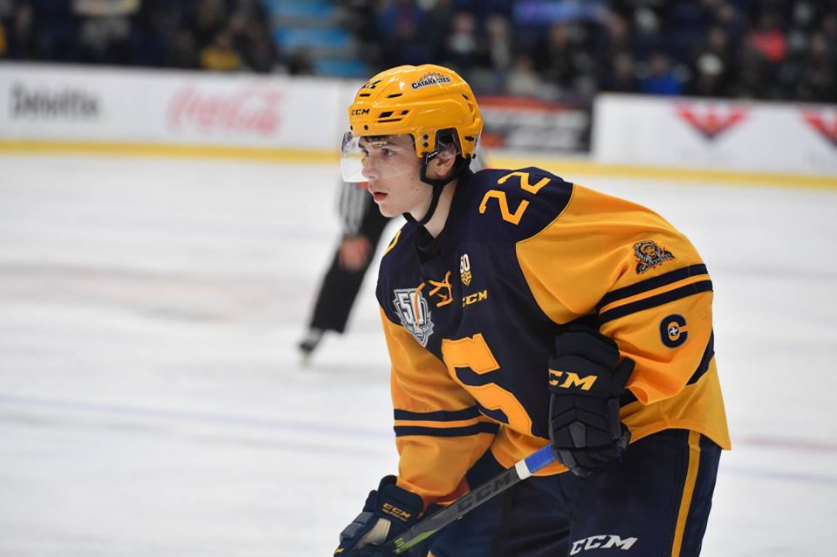 A highly-skilled playmaker with soft hands with big-play proclivity, Bourque’s creativity and vision are at the forefront of his distinctive style. He utilizes a lot of trickery, such as passes of the no-look, behind-the-back, saucer, and bank variety. What also keeps opponents honest, however, is his goal-scoring ability and explosive shot release. Bourque is the focal point of Shawinigan’s power play, moreso now that Valentin Nussbaumer left for Switzerland, and he can orchestrate the possession from either the half-wall or the point. He is a strong, well-balanced skater who can dangle or toe-drag his way to an improved shooting angle.

Bourque has a “wow” factor to his game. He may seem methodical in his approach, but you rarely see him rush or force a play without recognizing that the intent behind his decision was sound. At the January CHL Top Prospects Game, Bourque showed off his defensive-zone play, high-compete level and penalty-killing smarts. He was stealing pucks off the backcheck, winning battles along the boards and executing precision timing plays with one arm on his stick during a lengthy cycle in the Team Red end. The same can be said for his play for Team Canada at the August under-18 Ivan Hlinka Tournament, where he kept his motor running on high and created turnovers off the forecheck. He’s good on draws (over 50 percent), and if he sees time on the penalty kill it will usually be towards the end.

Bourque doesn’t need to put on a show or hog the spotlight to look flashy or impressive — it simply comes out naturally. He likes to remain upright and observe play quite frequently, but he can drop an quick first step from his defensive zone and dart into open ice with a long stride. Although Bourque isn’t overly physical, he is willing to take a hit to complete a play. He’s definitely more of a silent assassin than someone who makes a lot of noise during his shifts, but by the end of the night he’ll have three or four points and at least four or five quality shots on net.