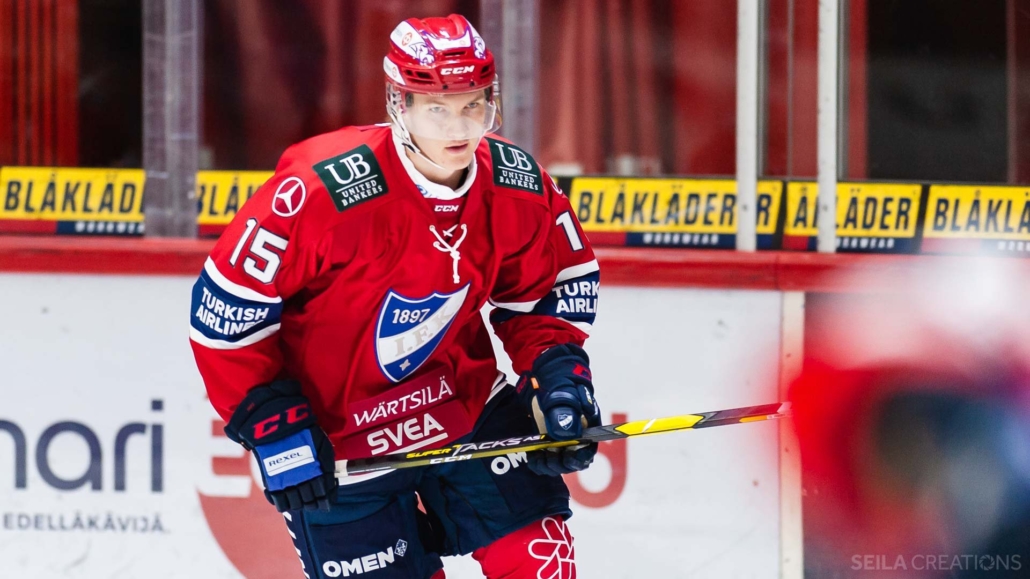 A 200-foot center with a deadly wrist shot who held his own in Finland’s elite SM-Liiga, Lundell is the top Finnish prospect for the 2020 draft. He has been a notable presence for HIFK in each of the last two years, where he received a regular shift for nearly two full seasons. Lundell has played under 10 minutes in only one of his 67 games, and that dates back to last October. Unlike most first-year draft eligible playing in European men’s leagues, Lundell has never dealt with the uncertainty of being benched or demoted, which is a testament to his skill set, work ethic, and consistency.

Lundell has the makings of an excellent top-six center at the NHL level. He is constantly involved in the play in one form or another and he uses his size, strength, reach, and sound positioning to overwhelm the toughest of Finnish league veterans. Although he isn’t intimidating or a big hitter, Lundell definitely plays a North-South game predicted on tenacity on the puck and making plays in traffic. It’s good to see defensively responsible centers like Lundell attack the middle of the ice with controlled aggression and make snap decisions to exploit gaps in coverage. Thus, opposing defenders afford him too much room at their line, and Lundell is more than willing to advance into space for a wrister on net.

Lundell is a slightly hunched yet powerful skater with a long, clean stride and outstanding balance. He can power through checks at the line while maintaining control or slow down his pace to allow support to catch up. Either way, he’s going to dominate the puck, and opponents have all kinds of issues trying to wrestle possession away from him. Lundell’s first step is quick for a center his size, but it’s his anticipation and reading of plays that gives him a needed head start if a quicker opponent is marking him. His above-average agility is more noticeable in tight spaces than it is in open ice, and Lundell is poised enough to cut back or delay under pressure with his back to the boards.

Several aspects of Lundell’s games makes him an asset in the defensive zone. He’s very good on faceoffs he stays within his coverage zone and not leave the middle of the ice open. He is more than willing to support in board battles and cover the low slot of his defensemen, but he also patrols the danger areas with vigilance and proper communication. Lundell picks off passes and quickly transitions the other way.

Offensively, Lundell’s elite shot definitely makes him more of a shooter than a passer. His average of 3.7 shots per game (162 shots in 44 games) is high considering he averaged under 16 minutes. Passing-wise, most of his assists were of the not primary variety although he was able to equally distribute his production between 5v5 and the power play. His vision is sound and the delivery of his passes are clean, but most of the chances he generates are off the cycle and created within short distances.

#SMLiiga: C Anton Lundell (Ranked No. 13) with a bullet for his fourth goal after recording an assist earlier in HIFK’s 4-1 win over JyP. Lundell now has 4g and 3a in 13 games, and three points in his last two matches after being held off the scoresheet the previous six. pic.twitter.com/tfjp2YRJ3A