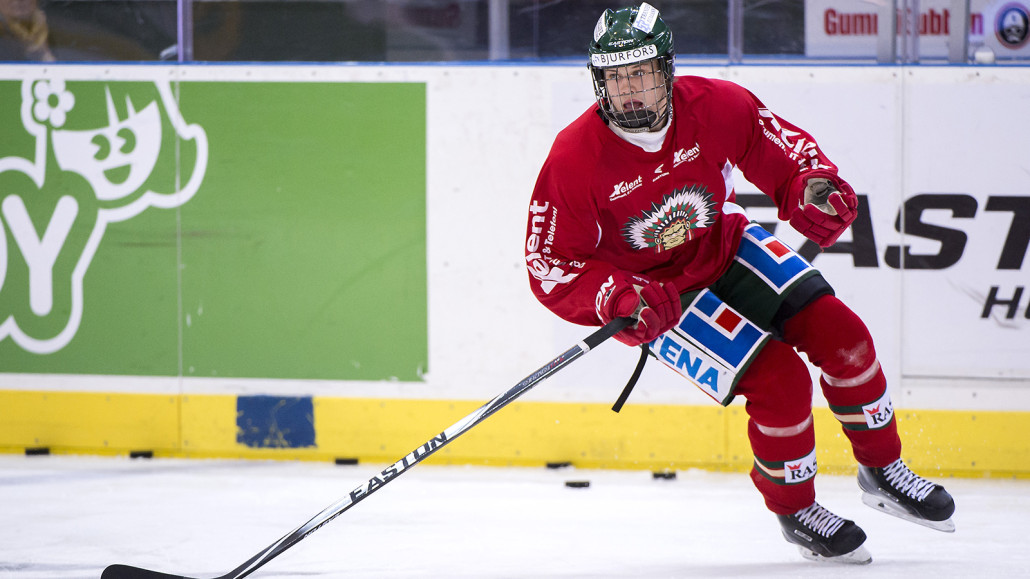 The amount of importance placed on swift and accurate puck movement from the blueline is no different than in previous eras. There is, however, a seismic shift in the way defensive defensemen are expected to contribute. One can no loner expect an everyday job simply because of the way they defend below the circles. The modern-day stay-at-home rearguard must grasp the idea that if he’s spending too much time “staying at home”, then he’s as big a part of the problem than anyone else playing alongside him. Swedish defenseman Jacob Larsson is part of the next generation of blueliners who understand this quite well. A gifted and patient puck distributor, Larsson has shown time and again that he has the brain and skills to limit the amount of time both he and his teammates spend chasing and covering opponents within the wrong side of the ice. Larsson is by no means averse to making the wrong choice during extended zone time. Things happen that are out of his control. It’s what he does during those cycles and board battles – sealing off, actively using his stick to interdict passes and shots – which places him in the upper echelon of teenage defensemen. He has a nose for transition and consistently makes reads that can catch the enemy flat footed. Skates very well and is a very good passer.