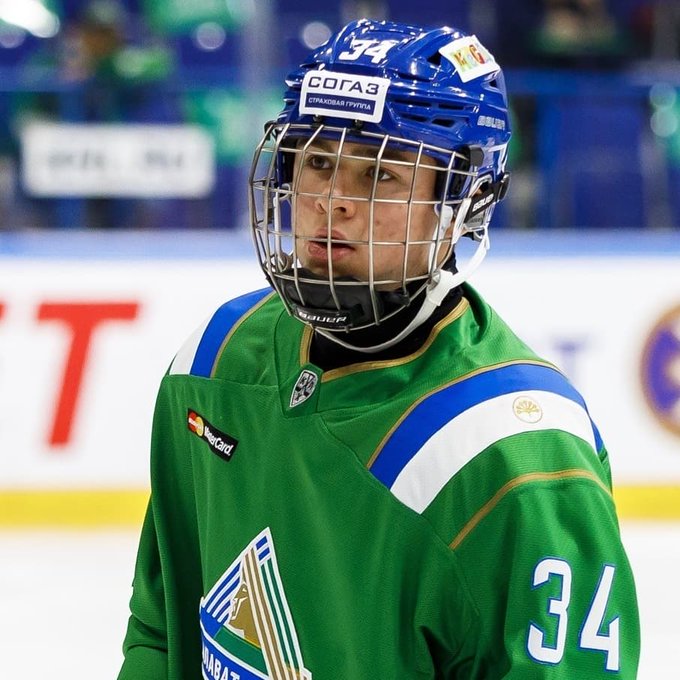 An undersized goal scorer who started off his season with an impressive showing at the under-18 Ivan Hlinka, Russian winger Alexander Pashin is the epitome of the often-used “top-six forward or bust” label. He is the type of player who is sure to both excite and frustrate draft aficionados and NHL scouts alike.

Pashin is small in terms of height, and although he is listed at 5-foot-8 and 154 pounds, he actually appears smaller than his official measurements. Nonetheless, he is a plus skater, particularly in terms of acceleration, edges, and pivoting. Pashin’s straight-line speed is between average to slightly above average, although that should improve as he gains strength. He consistently is one of the best skating players on the ice and does a good job keeping his feet moving throughout his shift.

Pashin displays excellent offensive skills. His close-quarter passing is top notch and his skate-to-stick transition when receiving passes is impressive as well. When it comes to firing the puck on net, Pashin has soft hands and a quick release. His combination of superior sense for the offensive side, skating ability, and his hands allow him to generate several high-quality scoring chances a game. As seen at the Hlinka and in the MHL, he can be a prolific goal scorer and his highlight reel will show several quality snipes and dangles. Pashin’s anticipation and positioning on the attack are sound, and he consistently displays the unteachable skill of hiding in the offensive zone, only to reappear exactly where the puck is going. Although Pashin is easily pushed off of pucks and he rarely initiates contact, he does not appear to shy away from contact and seems more than willing to take a hit to make a play, especially if he senses an offensive payoff. Defensively, Pashin via his highly-active stick can be a bulldog for the puck when forechecking, backchecking, or battling for net-front territory. If Pashin smells blood in the water, he can be effective when creating turnovers in the neutral zone

Size notwithstanding, areas in which Pashin needs to work on are the accuracy and timeliness of his attempts, and well as develop consistency in his compete level. Not only does Pashin rarely create his own shot, but he also fails to hit the net on many of the high-danger chances his linemates help develop. This may be acceptable for a teenager in Russia’s MHL, but he may struggle keeping a job in the NHL due to his inconsistency and high miss rate. Additionally, NHL defenders will be better positioned and Pashin’s inconsistencies with finishing could raise concerns moving forward. His in-your-face pressure can be quickly replaced by floating and cherrypicking, which are more common when he is off the puck. These aspects are particularly frustrating since a player with Pashin’s skating ability and hockey sense at this level should present him as more of a difference maker in the defensive zone.

In terms of draft stock, Pashin may be the type of winger any NHL team wouldn’t mind spending a later-round pick on, and his offensive and skating abilities could push him to one of the first three rounds. Questions surrounding his size and compete level, however, likely keep him somewhere to the middle rounds.

#WJAC: Wild sequence and both teams go back and forth in a scoreless 1st. Alexander Pashin hits Marat Khusnutdinov in stride and his shot is stopped by Matt Davis, then Massimo Rizzo cuts inside for a shot and Alex Young pokes home a loose puck but the ref whistled it dead pic.twitter.com/KUQSQy4yty