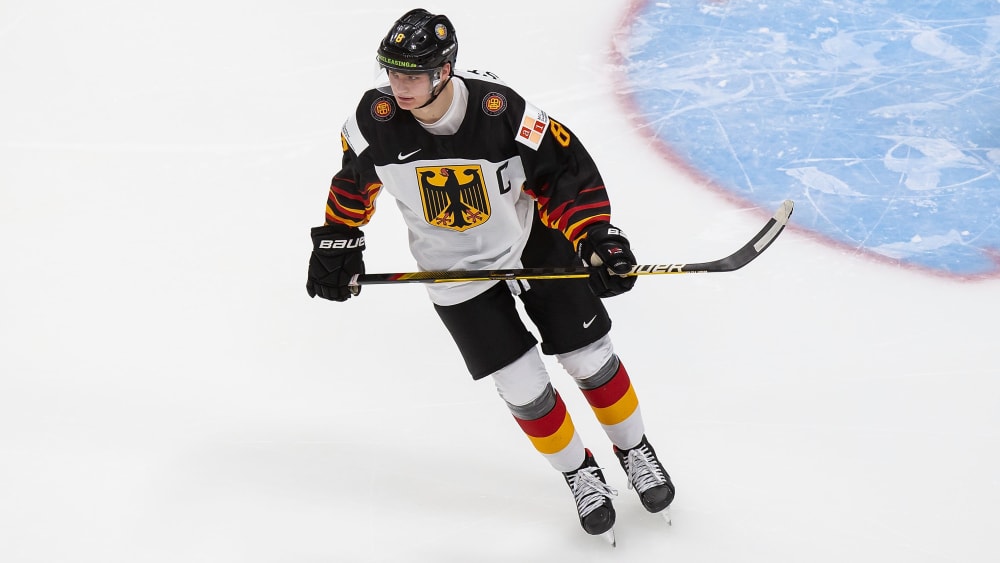 You’d probably think I was paid handsomely in Zotter chocolates and Swarovski diamonds if I told you before the tournament that the Swedes would have an easier time scoring against the Czechs than they did against Austria. And although I would have gladly accepted to do so, my gut would still have me lean towards a Swedish blowout.

That wasn’t the case last Monday as Austrian goalie Sebastian Wraneschitz keps Sweden at bay despite facing a barrage of chances similar to what he saw in the 11-0 loss to the Americans two days earlier. Sweden may have been limited by Austria to only four goals after they scored seven in a rout against the Czechs, but on Monday they outshot the Austrians 65-6 for the game — twice limiting them to a single shot in both the first and third periods.

Wraneschitz kept them off the scoreboard until late in the first period when Noel Gunler wired home a power-play goal with 2:15 remaining. The Swedes made it 2-0 at 4:36 of the second when Theodor Niederbach scored another power-play tally, and Gunler potted his second of match at the midway point by blistering a bar-down snipe off a neat feed from Simon Holmstrom. Lucas Raymond capped the scoring in the third period via an Alexander Holtz setup.

Austria’s humiliating 11-0 loss to the Americans in which they were outshot by a 73-10 margin would have been replicated against Sweden had it not been for goalie Sebastian Wraneschitz. There knee-jerk reaction is to pinpoint Austria’s futility in all three zones on a lack of skill or depth, and some have even called for a complete restructuring of the tournament format, presumably to create a level playing field and reduce hurt feelings. But a closer look into Austria’s tactics in either of their first two games reveals a complete lack of structure and no coherent in-game strategy. Time and again, the Austrians failed to battle in corners; delivered inaccurate breakout passes; rarely supported the puck  and when they did, the puck carriers completely ignored weak-side options. They were outworked and out-hustled as much as they were out-skilled or out-finessed, and history has shown us that inferior rosters at the under-20 level are more than capable of slaying a dragon as long as they execute their game plan,  and get outstanding goaltending. Remember, this is an Austrian team that needed a ton of help winning the D1A title, specifically the sketchy officiating in a winner-take-all match against Latvia. Nonetheless, they’ll be back in the top division’s tournament next year, hopefully with more inspired play and structure in their attack.

#WJC: RW Noel Gunler (CAR) goes bar down for his second of the match. Nice feed from Simon Holmstrom (NYI 1st/2019). Swedes lead Austria 3-0 midway through the second period. Gunler with an opening is a scary sight for any goalie at any level. pic.twitter.com/09tvoooLLW

LW Oskar Olausson (SWE): Olausson was the lone first-year draft eligible skater from a talented group who survived the cut to make the under-20 national team. By doing so, it should have been implied that he wouldn’t see a ton of ice time, mostly because scoring wingers was a strength of the final roster the Swedes constructed. After an impressive showing of four shots in only 10:55 during the blowout win over the Czechs on Dec. 26, Olausson was less involved in puck activity against the Austrians despite an increase in ice time to 12:25. Each of his first two games saw Olausson on Sweden’s fourth line while flanking depth center Jonathan Wikstrom and Carolina Hurricanes prospect Zion Nybeck, and Olausson even saw some power-play time on the second unit. The most important development in the Austria match was that an injury to Lucas Raymond gave Olausson a bump to the top line with Alexander Holtz and Albin Sundsvik, and he even saw time at Raymond’s customary point position on the top power-play unit. The Swedes expectedly let the possession run through others and Olausson was not factored into to any set plays despite being open a few times.

It’s hard to find anything either redeeming or negative about Olausson’s play in either of his first two games because he’s serving in as an understudy without many optimal situations to take advantage of. His skating, stickhandling, shot and shot release, and two-way play are significantly more prominent in J20 league play than in his limited role as a checker for Team Sweden, but to Olausson’s credit, he has stayed within himself and played a team-centric game off the puck without trying to make himself the center of attention.

In one of the tournament’s first must-see matchups from a standings perspective, the Slovaks were pitted against a German squad that received a boost in goal with the addition of Florian Bugl. The game would ultimately be decided on special teams which took away from the pace and flow, but the back-and-forth struggle made for several exciting moments. Tim Stutzle opened the scoring for Germany at the 5:39 mark of the first period when a deflection by Florian Elias appeared to carom off Stutzle’s leg. The penalties began to pile up from that point forward and the Slovaks capitalized on the penalty kill thanks to a short-handed tally from Michal Mrazik that tied the score at 1-1 with 9:53 left in the opening frame.

Slovakia took a 2-1 lead early in the second when 2021 draft prospect Oleksiy Myklukha scored on a breakaway by beating Bugl between the legs. Germany went on the power play shortly thereafter and Stuzle at 8:13 potted his second of the match to knot the game at 2-2. Mrazik and Elias traded power-play tallies before the close of the period, and the game went to overtime after a scoreless third. It was in the extra session where the game was decided, as 2001-born defenseman Mario Zimmermann netted the game winner on the power play with Myklukha off for hooking. Bugl made 22 saves to pick up the win while Slovakian counterpart Simon Latkoczy turned aside 28 of 32 in defeat. Germany received three assists from defenseman Simon Gnyp and two additional helpers from Buffalo Sabres prospect J.J. Peterka.

LHD Jan-Luca Munzenberger (GER): A big-bodied vacuum cleaner on defense who’s been eating minutes like mad, Munzenberger is a first-year draft eligible with a late-2002 birthday who is committed to the University of Vermont. He was left off Central Scouting’s initial Watch List but his play for Kolner Junghaie in Germany coupled with his ongoing performance in Edmonton at the World Juniors . He has ideal size (6-foot-, 190 pounds) but has the mobility and agility to cover faster players, especially when holding his line and transitioning into a backskate. Munzenberger’s stride is as wide as they come and although he’s style may not look pretty, he definitely gets from Point A to Point B faster than most teenage defensemen his size. He plays a mean, physical brand of hockey and can be considered a bit of a throwback. Munzenberger’s role in the match against Slovakia was identical to his usage with Kolner Junghaie — he anchored the top penatly-killing unit and played the point on the power play. He has soft hands and delivers clean passes to any area in the offensive zone, but what makes Munzenberger dangerous is his lethal shot — he owns a bomb of a shot, not only for its velocity but for the sheer power he generates with little backswing. His wrister is just as nasty and Munzenberger is quite accurate whether he keeps his attempts low or high.

The understrength Germans became one of this year’s bigger WJC storylines from a pity standpoint, but the win over the Slovaks vaulted them into the enviable position of clinching third place if they beat the Swiss in the group finale. As thin as their roster was, however, the Germans still owned two game breakers in Tim Stutzle and J.J. Peterka, and in the end it was that dynamic duo that proved to be to much for the tight-checking Slovaks to handle. For Slovakia, the defeat to the Germans will have a profound impact on deciding the quality of their opponent in the quarterfinals. Only a win over the favored Finns on Dec. 30 and a German defeat to the Swiss will allow the Slovaks to avoid facing the Group A winner in the knockout-round opener.

The last comment and 1 other comment(s) need to be approved.
0 replies