Teams trade players for many reasons. It can be as a means to improve or even to cut payroll. A few deal soon-to-be free agents rather than risk seeing them just walk away. Whatever the reason a lot of trades happen in the NHL, and goalies are some of the most traded players in the league. This is because finding a great goalie that gels with a team can make or break a season. That being said, we have listed six of the most famous goalie trades in NHL history. 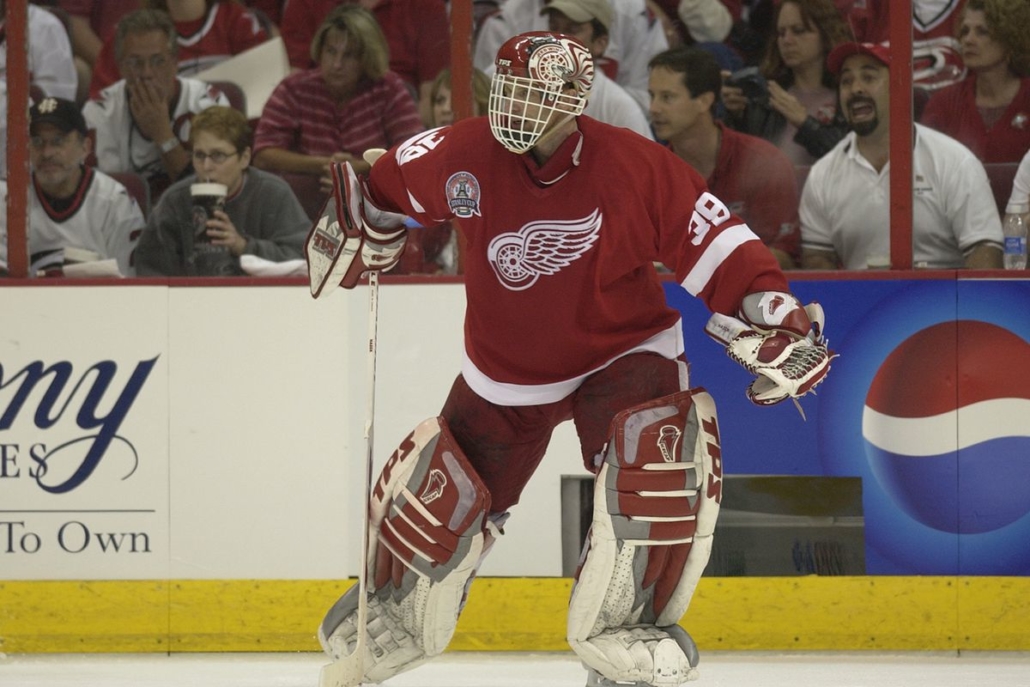 Dominik Hašek is in the conversation for the greatest goalie in NHL history. Yet he still got traded twice. The first time was in 1992 when Hašek was an up-and-comer. He was traded by the Chicago Blackhawks to the Buffalo Sabres for fellow goalie Stephane Beauregard, plus a draft pick in Éric Dazé. Hašek turned into “The Dominator” in Buffalo, where he won six Vezina Trophies and two Hart Memorial Trophies. In 2001, Hašek got traded again, with the Sabres dealing him to the Detroit Red Wings for Vyacheslav Kozlov and a draft pick in Jim Slater. Even though the Dominator was 36 at the time he was still in his prime, as evidenced by the sixth Vezina Trophy he won a season earlier. Both Kozlov and Slater were solid, but were not on the level of The Dominator. Hašek proved as much in Detroit, as he helped the Red Wings win two Stanley Cups. In contrast, Kozlov played just one season for the Sabres, while Slater didn’t even suit up for them. 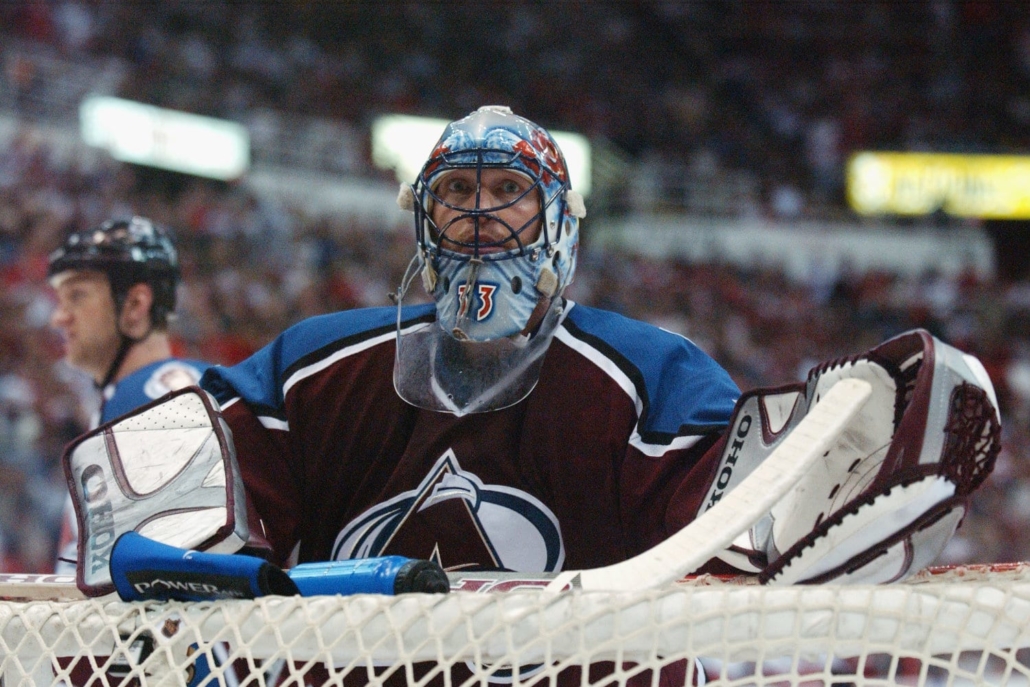 Patrick Roy is also one of the NHL’s greatest goalies ever. He won two Stanley Cups with the Montreal Canadiens, along with three Vezina Trophies. Then in 1995 the Montreal Canadiens traded Roy midseason to the Colorado Avalanche for Jocelyn Thibault, Martin Ručinský and Andrei Kovalenko. The Sportster recounts the split as being acrimonious, with the man dubbed “St. Patrick” clashing with then newly-hired Habs coach Mario Tremblay. Things came to a head in a December game against the Red Wings, when Roy accused Tremblay of deliberately keeping him at the net even as the Habs were getting pummeled (they went on to lose 11-1). Roy continued his stellar play with the Avalanche, which he led to two Stanley Cups. He would go on to finish his Hall-of-Fame career in Colorado. 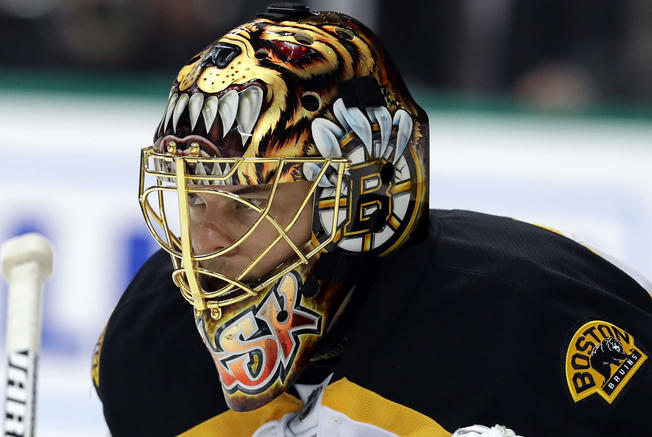 Tuukka Rask played his 500th NHL game for the Bruins last October. But he didn’t begin his career in Boston. He was drafted by the Toronto Maple Leafs in the 2005 NHL Entry Draft. Rask, though, never suited up for the Maple Leafs, which saw Justin Pogge as their goalie of choice. In exchange for Rask, Toronto received goalie Andrew Raycroft. Rask has become one of the NHL’s finest goalies, even helping the Bruins to a Stanley Cup win in 2011. He also won the Vezina Trophy in 2014 and continues to perform well. Pogge never panned out. Neither did Raycroft. 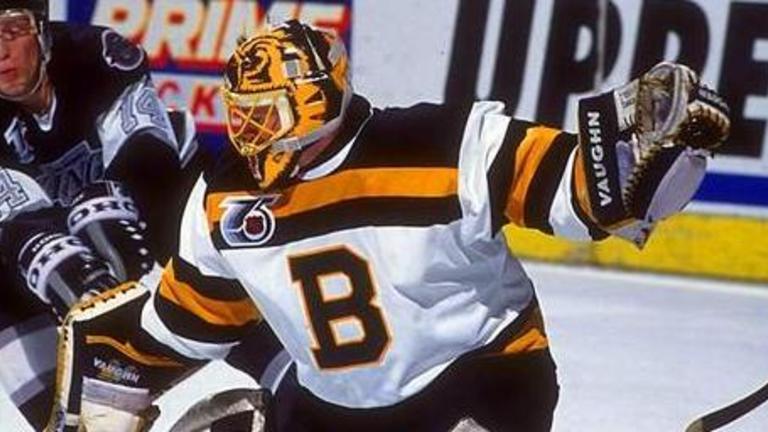 In a rare win-win trade the Bruins in 1988 traded Bill Ranford and Geoff Courtnall to the Edmonton Oilers for Andy Moog. The latter had built a legacy in Edmonton, as he helped lead them to a trio of Stanley Cup wins before the trade. But Ranford proved up to the task, even as Moog brought his steady presence to Boston. The two would eventually meet in the 1990 Stanley Cup Finals, which the Oilers won thanks to Ranford’s Conn Smythe performance. 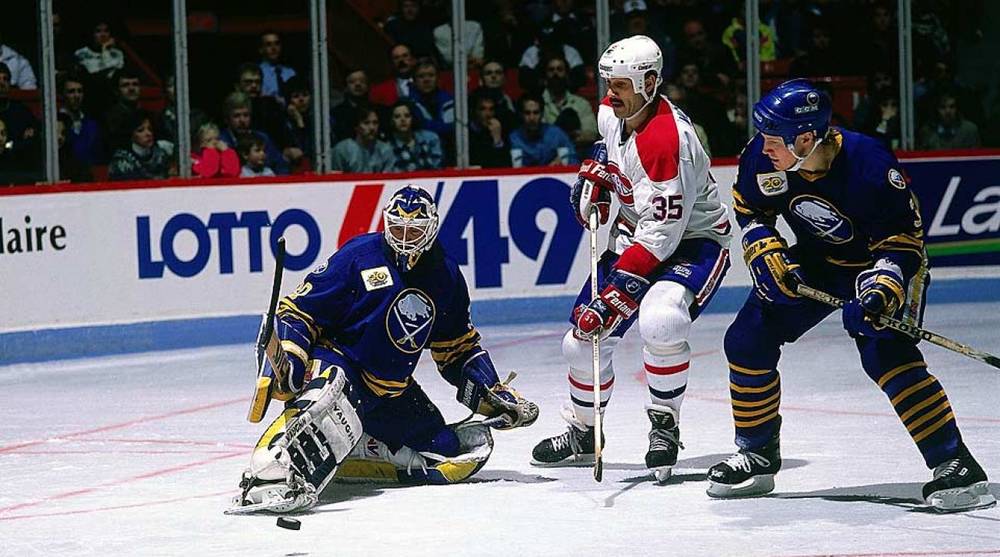 In 1987 the Quebec Nordiques traded Clint Malarchuk and Dale Hunter to the Washington Capitals for Gaëtan Duchesne, Alan Haworth, and a first round choice in the 1987 NHL Entry Draft that the Nords used to draft future Hall of Famer Joe Sakic. Then in 1989 the Capitals shipped Malarchuk, Grant Ledyard, and a 1991 sixth-round pick (Brian Holzinger) to the Sabres for Calle Johansson and a 1989 second-round pick that turned out to be goalie Byron Dafoe. Malarchuk was solid but unspectacular. But he makes this list for what happened 16 days after he arrived in Buffalo. In just his 6th game Malarchuk severed his carotid artery against the visiting St. Louis Blues. Ladbrokes lists Malarchuk’s horrific injury as one of the most famous in all of sports, as blood gushed out from the goalie’s neck and pooled on the ice below. Fortunately for Malarchuk, Sabres athletic trainer Jim Pizzutelli sprung to action immediately, and helped the goalie survive the ordeal. Malarchuk recovered fairly quickly from the injury, and even played three more seasons for the Sabres. 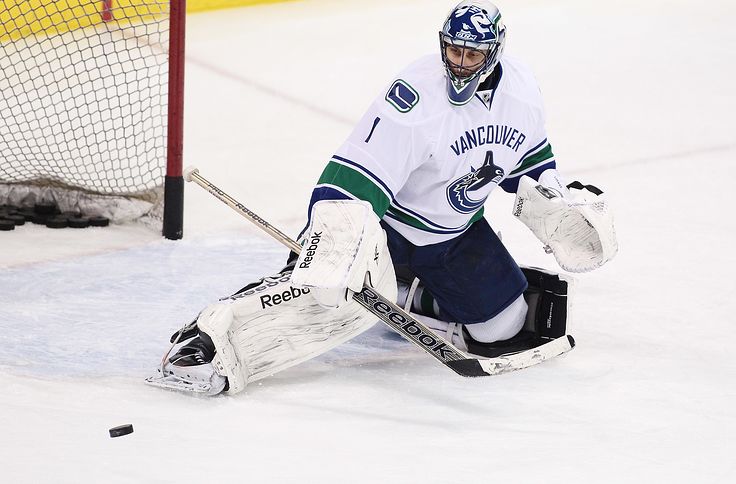 Roberto Luongo was one of the NHL’s better goalies this decade. He was sometimes peculiar, but he was often steady. That’s why it was surprising that Florida Panthers coach Mike Keenan dealt him to the Vancouver Canucks for bit pieces in Alex Auld and Bryan Allen and a way-past-his-prime Todd Bertuzzi. None of those players excelled in Florida. In contrast, Luongo proved to be a goaltending godsend for Vancouver. Years later Florida reacquired Luongo. Unfortunately his best years were already behind him.

Recap: Team OHL vs. Russia U20