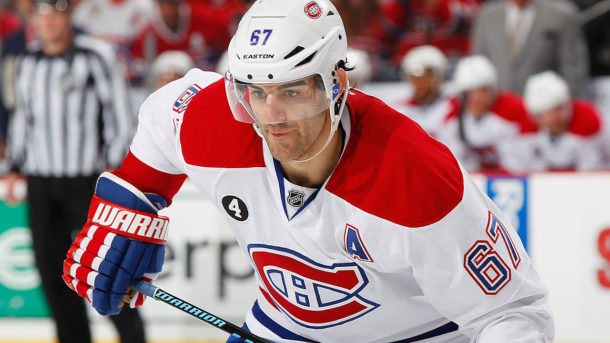 Max Pacioretty was the first round pick the Canadiens acquired in 2007 by unloading pending free agent defenseman Craig Rivet to San Jose.

The NHL’s annual trade deadline has come and gone, and while this year’s less-than-impressive event failed to deliver on the promise of widespread excitement and intrigue, general managers once again doled out future draft choices for rentals and graybeards. Whether the moves work out or not remains to be seen. But if you’re part of the dumbfounded collective that saw teams trade away those ever-precious draft picks for aging relics or guys too expensive to keep, you’re probably still looking for answers. Or that unfinished bottle of vodka. Or both.

Using hindsight as our spotter, we’ve examined and assessed the last 45 years of NHL trades made on or around the trade deadline that involved draft picks of any kind. We did, however, omit the draft picks that were acuired on Deadline Day but later shipped for an additional team (or two) to use at the draft. For example, the Los Angeles Kings on Deadline Day ’07 acquired a second round pick in 2007 after trading defenseman Brent Sopel to the Vancouver Canucks and kept it to select Wayne Simmonds. On the other hand, the Tampa Bay Lightning, who in the winter of 2014 acquired Ryan Callahan and two first round picks from the New York Rangers in exchange for Martin St. Louis, later flipped both first rounder to the New York Islanders. For the sake of brevity, we kept trades that involved three teams or more out of the analysis. Furthermore, we listed only the key components traded for draft picks rather than include all those involved. Again, it was to keep this project short and to the point. Keep in mind that the tables below list only draft picks hat we considered to be notable, as this is a project showing both the positive and negative side of acquiring draft choices at the deadline.

Whatever the case may be, hearing or seeing the news that draft picks were traded can unleash a bevy of uncontrollable emotions. Compounding matters —  especially in this era of “I need to know and I need to know NOW!” — are the cloudy trade specifics that seemingly take hours, sometimes days to sort out. So why all the fuss? Why am I making such a big deal about years and picks in say, 2019, when your team is gunning for a Cup run this year? Because going into Draft Day with an otherwise barren cupboard of picks not only robs an organization of assets, but makes most of us feel like a left-out preschooler who didn’t get invited to a birthday party. If you’re on the other end of the trade, it usually means your team stunk, gave up on the season and wanted to give the fans something — anything — to be excited about.

When it comes to improving their hockey clubs, front office types will always defer to trading their right to select players in the after-season entry draft rather than deal an established NHL player or a promising prospect. This fire-and-forget strategy in search of instant gratification makes total sense on the surface — there is no human element to consider when trading away a draft pick which on Deadline Day is nothing but a number on a board. There are no difficult phone calls to make or families to uproot. And like players, draft picks from an emotional standpoint are far easier to replace than the player a coach or GM has grown to love.

Nevertheless, whether bolstering a contender for the Stanley Cup or looking for a final piece to sneak into the playoffs, a general manager assuming risk on Deadline Day is most certainly part of his job description. And while he’ll justify mortgaging a portion of his team’s future with cliche after cliche, there’s always the possibility for regret. When it comes to trading draft picks, one man’s trash becomes another man’s treasure. And if you go by the list below, treasure is a subtle way of describing a diamond mine.

NHL Draft Boards are like Grandmothers and snowflakes — no two are alike. So it’s folly to think Team A was going to draft the same player chosen by Team B after acquirung the pick from Team A on Deadline Day. Still, fans are pretty protective of their team’s draft picks, and losing one (or a bunch) in one day is tough to get over.

Photo courtesy of The Arizona Coyotes 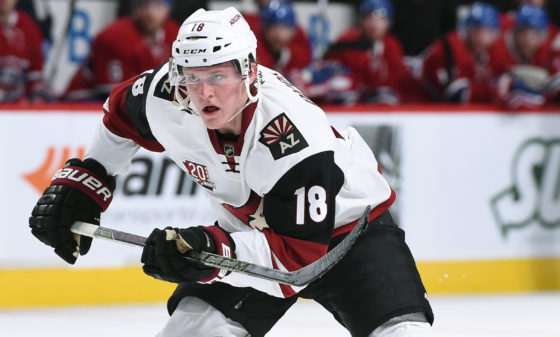 Arizona’s top rookie Christian Dvorak was picked with the 2nd rounder acquired at the 2014 deadline for journeyman defenseman David Rundbald.

Photo courtesy of The Edmonton Journal 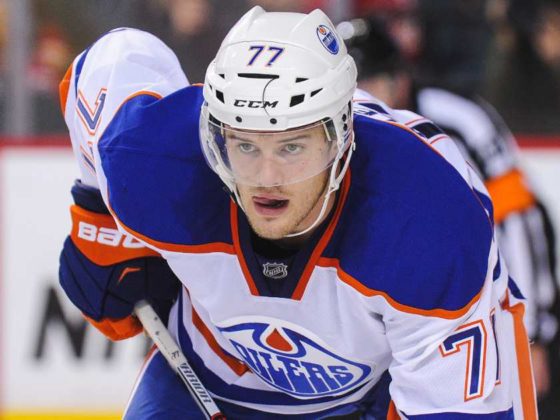 Edmonton’s Oscar Klefbom is developing into one of the game’s top young defenseman. The Oilers drafted him in the first round in 2011 with the pick they received by trading Dustin Penner to the Kings. 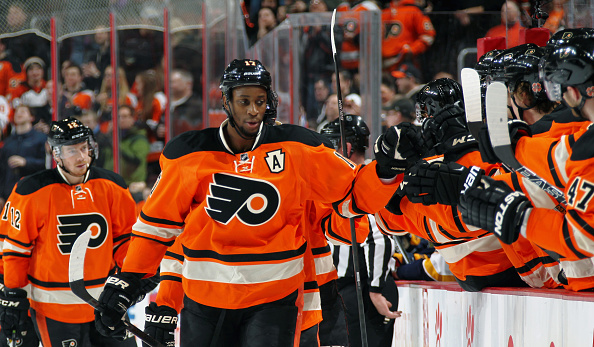 Power forward Wayne Simmonds was skipped over in the 2006 draft, but he became property of the Los Angeles Kings after the Vancouver Canucks traded their 2007 second rounder for defenseman Brent Sopel. 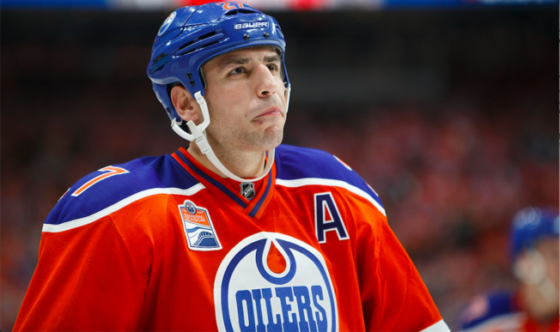 Before he actually played for Edmonton, Milan Lucic was Boston’s second rounder in 2006 — a pick the Bruins acquired from the Oilers in the Sergei Samsonov trade. 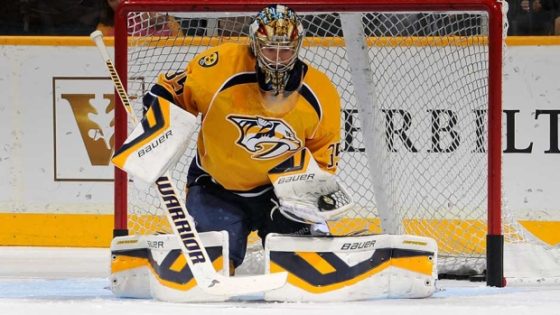 The 2004 trade deadline saw a lot of movement, including a seemingly minor deal where the Predators took eventual franchise goalie Pekka Rinne with the eighth rounder acquired from Tampa for eventual Swiss League journeyman Timo Helbling. 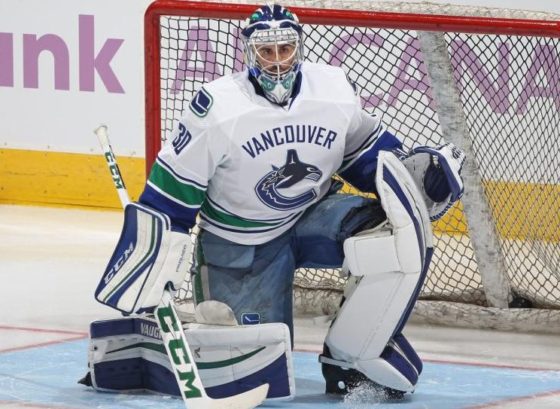 Buffalo drafted Ryan Miller with a throw-in fifth round pick they acquired (along with key defenseman Rhett Warrener) from Florida when they shipped rearguard Mike Wilson at the deadline in 1999.

The Tampa Bay Lightning won the 2004 Stanley Cup thanks to Vincent Lecavalier and Brad Richards — two picks from the 1998 draft the Bolts acquired via deadline deals. San Jose owned Florida’s 1998 first rounder from the Viktor Kozlov trade, then flipped the right to swap picks with Tampa at the deadline in 1998 in exchange for rugged defenseman Bryan Marchment. The Lightning selected Lecavalier with the first overall pick, then used Calgary’s third rounder (acquired for Jason Wiemer) to draft Brad Richards, who won the 2004 Conn Smythe trophy. 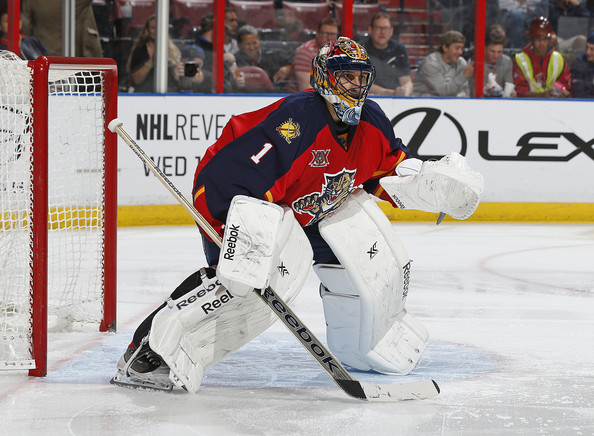 Looking to make another deep playoff run, the Toronto Maple Leafs on Deadline Day ’96 traded their 1997 first round pick (along with several others) to the New York Islanders for sniper Wendel Clark and defenseman Mathieu Schneider. The Islanders used that pick to select goalie Roberto Luongo (pictured), who they later shipped to Florida for Oleg Kvasha and Mark Parrish. Luongo is fifth all-time with 453 wins. 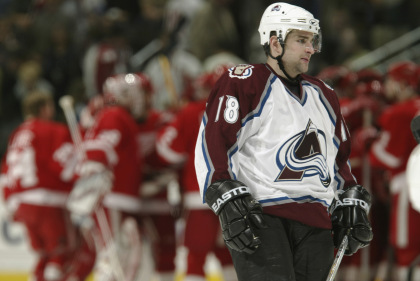 Chris Drury was a clutch player who won at every level, including a Stanley Cup in 2001 with the Colorado Avalanche after the franchise moved from Quebec in 1995. 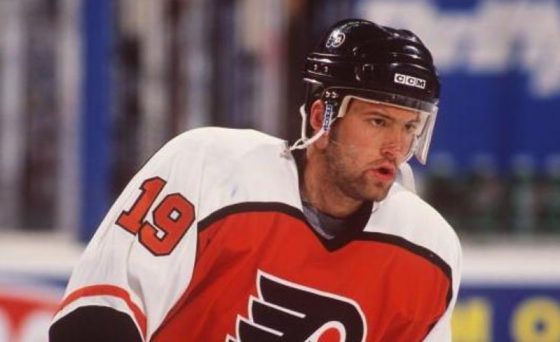 Power winger Mikael Renberg was a member of Philadelphia’s famed “Legion of Doom” line in the late-1990s. Out of the playoff picture when the deadline rolled around in 1990, the Flyers sent stay-at-home defenseman Jay Wells to Buffalo in exchange for the second rounder used to select Renberg. 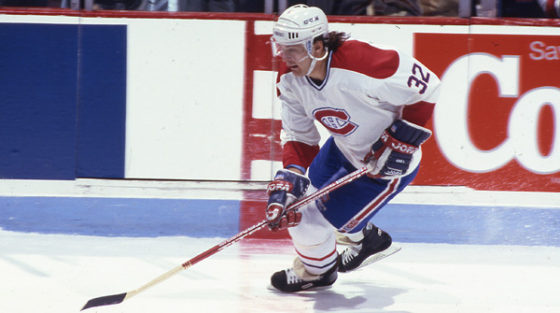 The Los Angeles Kings were looking to get tougher in 1981, so they acquired Rick Chartraw from the Montreal Canadiens for a second rounder. Montreal later used the pick to select pesky goal scorer Claude “Pepe” Lemieux, who went on to win four Stanley Cups (with three different franchises) and appear in over 1200 NHL games. 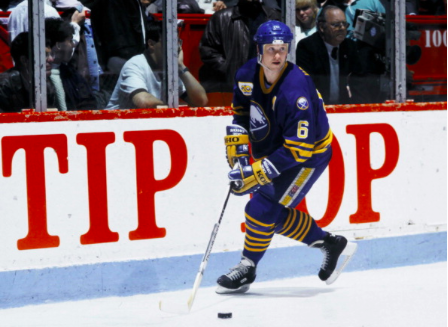 Not only was Phil Housley one of the greatest American-born hockey players to ever play the game, but he too was drafted via a pick acquired at the trade deadline. The Los Angeles Kings made a habit of trading away first round picks, so it came as no surprise in March of 1980 when they acquired defenseman Jerry Korab from Buffalo for what turned out to be the sixth overall pick in the 1982 draft. The Sabres used it on Housley, who was a seven-time all star and late enshrined in the Hockey Hall of Fame in 2015. 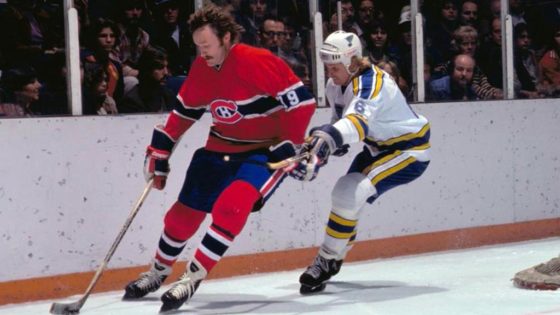 No team’s draft singulary personifies the term “The Rich Get Richer” better than what the Montreal Canadiens pulled off in 1971. Less than a month after winning their 18th championship, the Blanc, Bleu et Rouge drafted two future Hall of Famers in Guy Lafleur and Larry Robinson (pictured) — picks acquired via trades in 1970. Robinson was drafted in 1971 with the second round pick the Habs received (along with Dennis Hextall) when they moved aging star Dick Duff to the Los Angeles Kings. Both Lafleur and Robinson paid immediate dividends — the Habs won five Cups in the eight years after their famed 1971 draft.