Photo courtesy of the Windsor Spitfires 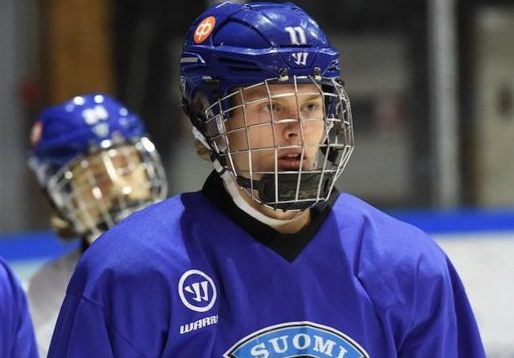 New York (The Draft Analyst) — The dust has settled over the completion of the 2016 NHL Entry Draft and the transition towards focusing on this season’s top draft prospects begins Monday from the Czech Republic and Slovakia with the start of the under-18 Ivan Hlinka Memorial Cup.

Close to 200 players born no earlier than 1999 representing eight countries are expected to participate in the annual event, considered to be the first of several pre-draft tournaments that allow scouts, team executives and fans to familiarize themselves with some of the world’s best teenage hockey players. Although not as publicized (or televised) as much as marquee competitions like the under-20 world junior championship, the Ivan Hlinka Cup — named in honor of the former NHL coach and Czech international star — provides talent evaluators a foundation towards building player assessments for a given season’s draft.

Two North American competitors (Canada, United States) join six from Europe (Finland, Sweden, Russia, Czech Republic, Slovakia and Switzerland) for the week-long round-robin event that begins on Monday, August 8th and concludes with the championship game on Saturday, August 13th. The tournament usually is Canada’s to lose, as its ability to field an elite team of junior players without interference from the Canadian Hockey League season resulted in eight straight titles and 20 of 25 overall. Last season, the Canadians thumped their way to another gold thanks to the efforts of 2016 draft-eligible forwards like Pierre-Luc Dubois (3rd overall to Columbus), Tyson Jost (10th overall to Colorado) and 2017 consensus top pick Nolan Patrick (Brandon, WHL). In fact, Team Canada has not lost a single game at the Hlinka since they dropped a 4-3 decision to the Swedes in 2013.

Click here for the complete schedule and team rosters.

As we stated in the opening, this is Canada’s event to lose. And while the 2016 roster looks thinner than in previous years, the  Canadians are still the pre-tournament favorites for gold. Speedy right wing Owen Tippett is one of the squad’s more mature players, and he was chosen to play for Team Canada at last year’s U18 worlds. Tippett excels in the open ice game, but he is an inside player who will battle and sacrifice in order to achieve his objectives. Maxime Comtois is a hard-nosed power forward in the mold of Pierre-Luc Dubois who always seems to compliment his finesse linemates, and big center Mike Rasmussen is another beast on skates with incredibly soft hands who takes direct routes with the puck and is a killer in odd-man rushes. Center Nick Suzuki is an exceptional playmaker and will likely man one of the top two lines, and anchor the power play in the absence of pivot Gabe Vilardi, who was injured in the pre-tournament camp. On defense, the Canadians are led by Moose Jaw’s Josh Brook — a late addition to the squad but easily the most reliable option. Brook, along with OHL’er Markus Phillips should share the bulk of the top-matchup responsibilities.

The Americans usually struggle at the Hlinka, but that’s only because the cream of their development program are advised to sit it out. Still, the rosters Team USA sends every summer to Central Europe are by no means devoid of NHL potential. This summer’s entry is led up front by skilled power center/wing Ryan Poehling, an elite talent from Minnesota who accelerated his schooling in order to suit up as a freshman for St. Cloud State in the fall. Poehling is an excellent skater who is equally adept at both finishing and playmaking. Forward Mike Pastujov is a hard-nosed goal-scorer with size from the U18 National Team Development Program who missed a chunk of last season with a shoulder injury, and will play at the Hlinka as part of his rehabilitation. The backend, which struggled last year, looks bigger and cleaner. Mikey Anderson, a future Minnesota-Duluth Bulldog, is a exceptional positional defender who can match up against any top line. Critical to the Americans’ success will be in goal, where the gargantuan duo of Northeastern commit Cayden Primeau and Quinnipiac-bound Keith Petruzelli give them the best one-two combo of any nation in the competition.

Finland is on one heck of an international run in 2016, with gold-medal victories at both the WJC’s and the U18 words. The roster it fields at the Hlinka won’t have the kind of star power we saw in Helsinki and Grand Forks, but the Finns remain one of the few teams capable of checking Canada’s stanglehold over the tournament. The key cog for both the offense and defense will be star left defenseman Urho Vaakanainen —  the latest edition of poised Finnish two-way defenders who seem to grasp the nuances of the position far better than the bulk of their peers. While it’s easy to compare him to 2016 NHL first rounder (and fellow countryman) Olli Juolevi, Vaakanainen comes across as more polished and reliable within the 200 foot game. He is calm and steady with the puck, and will peel back in the face of pressure rather than force things. His passes are short, crisp and strategic, and he can use the boards with both precision and effectiveness. Vaakanainen has a hard shot and is being groomed to quarterback a power play, but we were more impressed with his play while anchoring Finland’s top penalty killing unit. He has the puck on a string and is clearly the most mature of any first-year draft eligible.

The Swedes won the silver at last year’s Hlinka thanks to a deep, balanced roster of skill and reliability. They should return to a top-three finish in 2016, led by a pair of dynamic defensemen in righty Timothy Liljegren and lefty Eric Brannstrom — both early-season favorites to have their names called in the first round next June, with Liljegren a legitimate challenger for first overall. Liljegren is an elite puck distributor with a no-nonsense approach towards creating and attacking open ice. Agile and elusive, he’s a goal line-to-goal line threat who combines speed and accurate breakout passes to stretch out defenses to their limit, and his excellent shot keeps them honest once inside the offensive zone. Liljegren is neither big nor physical, but he understands the bulk of his responsibilities and the last thing you would ever consider him is careless. He loves to shoot, but he seems to have mastered the cross-ice slap pass, making him a top candidate to quarterback any power play. Brannstrom plays a similar game to Liljegren, albeit giving away an few inches in height. He’s a quick-thinking, highly-effective puck mover who can run the power play and fire off a hard, accurate shot. The lack of size is far from a disadvantage, as he’s excellent in one-on-one situations and it takes an act of Congress for him to vacate the slot or leave his man open.

The Russians came close to knocking off Canada in lat year’s semifinals before bowing out in a shootout. And while a meldonium scandal that plagued the under-18 squad played a part in the program’s eventual demise, the Russians will send a strong entry to the Hlinka, led by top-CHL import pick Klim Kostin. Kostin didn’t disappoint after he was thrust onto the international spotlight when he took over as captain for Russia’s contingency roster at the U18 worlds. He’s a power forward with excellent hockey sense and a solid understanding of play development in all three zones. Kostin may have just turned 17, but his age is just a number, as he exudes the kind of confidence and competence seen in players three or four years his senior. He is a very good skater and even better at protecting the puck, and his playmaking proclivity is just as impressive as the way he can fire the puck. Kostin loves to create for his linemates as much as using his sturdy frame to separate opponents from the puck.

The host Czech Republic will field a similar team than it did a year ago, but on paper, it seems like the 1998-born crop — ineligible for this year’s event — were a notch or two better than the roster you’ll see in Breclav. Defenseman David Kvasnicka, a smooth-skating, cerebral puck mover, should be leaned on to shoulder the big minutes, while fellow top prospect Dalimil Mikyska has the vision, size and shot power to join him during the man advantage. Up front, power winger Ostap Safin is a potential first round pick who plays a heavy game, while speedy right wing Martin Necas, whose quickness and creativity tormented Team Canada at the 2015 World U17 Hockey Challenge, is a likely candidate for the top line.

Playing in front of a home crowd didn’t help an inexperienced group of Slovak prospects a year ago, but they come to Bratislava with a full year of international experience and the leadership of two high-end draft prospects. Power forward Adam Ruzicka can play either center or wing, but it really doesn’t matter since he’s an absolute monster who at times is impossible to defend. His skating improved to the point where he can pull away from a slow-reacting opponent, but the ability to step into a heavy shot off the pass with accuracy, coupled with an insatiable desire to win his one-on-one battles, makes him difficult to wargame. Right wing Patrik Hrehorcak is a shifty sniper with excellent vision and quick hands, while top-line candidate left wing Filip Krivosik is another sturdy power wing who plays a physical brand of hockey and does a lot of the dirty work to free up his linemates. Defenseman Marek Korencik, a 6’3 standout for Lulea in Sweden’s Superelit junior league, is expected to man the top pairing and use his hard, accurate shot on one of the power play units.

The Swiss suffered through a slate of poor results in international play, and you can say it began with a underwhelming performance at last year’s Hlinka. They’ll showcase at least one player who should keep onlookers entertained regardless of outcome — dynamic center Nico Hischier, who left Switzerland to play for the QMJHL’s Halifax Mooseheads, and could end up a top-10 pick on Draft Day in Chicago. Hischier is a deadly playmaker with top-center upside who is one of the better draft-eligibles at making you pay for mistakes. He’ll be used in every situation and keeps goaltenders and defensemen honest by shooting the puck with accuracy from anywhere on the ice. Undersized right wing Axel Simic, also a QMJHL-bound scorer whose rights belong to Blainville-Boisbriand, is a relentless puck pursuer with quick hands and the ability to make finishing moves from in close. Defenseman Tobias Geisser has slowly developed into a reliable defender with top-four upside, and he uses his long reach and active stick to make up for a lack of upper-body strength.