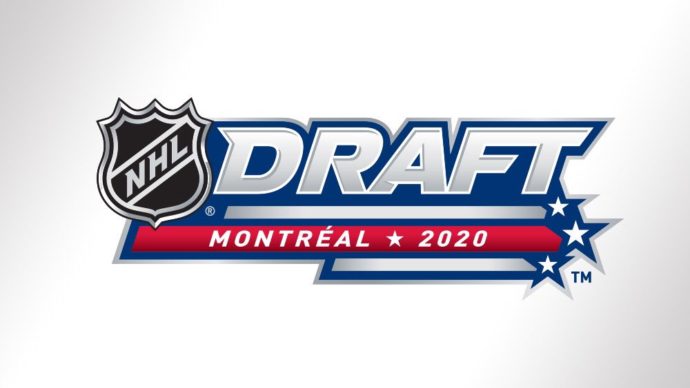 NASHVILLE (The Draft Analyst) — As hockey’s offseason begins to wind down, it’s time to piggyback off of the excitement from the recent Ivan Hlinka prospect showcase and publish the web’s most concise listing of not only the top prospects for the 2020 NHL Draft, but also those classified as potential drafts picks or sleepers.

Leading the way is Rimouski Oceanic left wing Alexis Lafreniere, a powerful left wing who is the Canadian Hockey League’s reigning Player of the Year — an honor previously bestowed upon Sidney Crosby and John Tavares, two former first-overall picks who along with Lafreniere are the only players to win the prestigious award in pre-draft seasons. Although Lafreniere’s game on or off the puck is predicated more on smarts and hustle than speed and dynamism, he clearly has done enough to warrant the coveted spot at the top of any preseason draft ranking. Not far behind, however, are several elite phenoms who could loosen Lafreniere’s grip atop the early rankings. Power center Quinton Byfield of the OHL’s Sudbury Wolves combines a linebacker’s wallop with the speed, agility and vision of a finesse playmaker. As commanding an on-ice presence as he can be, Byfield doesn’t tune 18 until two months after the draft, which is scary considering he’s already listed at 6-foot-4 and over 215 pounds. Lafreniere may have almost a full year on Byfield, yet both are team leaders earmarked to carry their respective teams to Memorial Cup contention. The duo also highlights an incredibly rich pool of talent from major junior, which is important considering that of the 217 players drafted last year, only 65 were Canadian — one of Canada’s lowest percentages in the post-expansion era.

The loss to Russia for the gold medal at  the  Hlinka notwithstanding, Canadian kids should dominate the draft’s landscape all the way until June, when the league converges on Montreal for its draft weekend. Cole Perfetti, a gifted goal scorer who plays for the Saginaw Spirit, led all OHL rookies last season with 37 tallies, and was the top scorer at the Hlinka with eight goals and 12 points in only five games.

It’s been over 20 years since Daniel and Henrik Sedin were the last pair of Swedish-born forwards to be picked in the top five of the draft, but that could change in 2020. Two scoring wingers — Frolunda’s Lucas Raymond and Djugardens’ Alexander Holtz — have terrorized the Swedish junior circuit as often as they’ve crushed international compeitions. Holtz is more of a goal scorer and consistent breakway threat, whereas Raymond is more creative with the puck and keeps goalies guessing. Both have incredible compete levels, very good speed and deadly shots, and the truth is there is no separation between the two in terms of elite NHL potential. Although Raymond has been touted as having advanced hockey sense, he wears his frustrations on his sleeve and can get caught forcing plays and turning pucks over, whereas Holtz plays a cleaner game during his short periods of invisibility. Neither Raymond nor Holtz were particularly impressive at the recent under-20 World Junior Summer Showcase, so the upcoming Champions Hockey League exhibition will be a nice starting point to recharge before they jockey for draft status as competitors in Sweden’s SHL.

A Star in Goal

Last year, there was a vocal minority championing the first-round pedigree of goalie phenom Spencer Knight, and the Florida Panthers validated their arguments by taking him with the 13th overall pick. The question we now ask is whether the NHL will continue to buck previous draft trends of waiting until later rounds to select the best backstops. It’s highly doubtful current general managers and scouting directors viewed Knight as an aberration, and the superior play of Russian goalie Yaroslav Askarov during multiple international tournaments should not only make him a favorite to get picked in this year’s first round, but he also could be the first netminder to crack the top 10 of the draft since Carey Price went fifth overall some 14 years ago. Much like Knight, Askarov is incredibly patient and adroit without breaking much of a sweat, and there are times when it looks like he goads opponents into challenging him with a high-danger chance. This type of confidence obviously works, as he bested Knight multiple times last season and completely smothered Team Canada’s vaunted attack in the Hlinka gold medal game.

Although every day of a given draft year is filled with either uncertainty or rapid shifts in opinion, you can all but guarantee that the U.S. National Team Development Program will not have a repeat of last year, when it set an NHL draft record with eight first-round picks coming from one program. This year’s edition is no slouch, but it lacks last year’s superstar power and radiant aura that surrounded one of the finest collections of hockey talent in history. Defenseman Jake Sanderson is an exciting puck mover who quarterbacks a power play with ease, and forwards Luke Tuch, Ty Smilanic, Dylan Peterson, and Thomas Bordeleau are premier offensive threats who have proven capable of carrying an attack against the toughest NCAA and international competition.

The Defense is Right

This draft may not rival 2018 in terms of elite defense prospects, but it’ll come pretty close. It’s doubtful that we’ll see a defender get picked in the top five, simply because of how exceptional the forward prospects are. Nonetheless, the Canadians are at it again, this time flooding the 2020 crop with almost a half-dozen blueliners with the potential to be top-pairing mainstays at the NHL level. At the top, few will debate the quality of play and upside revealed by Jamie Drysdale of the OHL’s Erie Otters. He’s a fantastic puck rusher with an excellent shot, and his decision making is advanced for a teenager who loves to attack as often as possible. The battle for best two-way defenseman has begun, and it looks like Justin Barron of the QMJHL’s Halifax Mooseheads and Western Canadian Braden Schneider have the edge for the last two standing. Hockey Canada entrusted them with critical roles at the WJSS, and they rewarded head coach Dale Hunter with not only physical play, but confident end-to-end rushes as well. Another thing to consider — all three are the always-desired right-shot defensemen.

LW Sean Farrell (Chicago, USHL) — One of the top worker bees on last year’s star-studded NTDP, Farrell came on strong late in the season and was one of the team’s more responsible two-way forwards. A Harvard recruit, Farrell can do a lot more than just check, and his speed, vision and trickiness near the goal should make him one of Chicago’s go-to guys, as well as a candidate to rejoin some of his NTDP mates at the 2021 under-20 world junior championships.

#NTDP: A couple of Bay Staters do damage on the PK as RW Patrick Moynihan (Ranked No. 39) with a goal scorer’s finish while shorthanded in the 18’s matchup against visiting Des Moines. Credit the assist to 2020 draft stud Sean Farrell #IrishPride pic.twitter.com/XPomMNmQgK

LHD Alexander Nikishin (Krylia Sovetov, MHL) — One of the fiercest hitters of any teenager eligible for the draft, Nikishin is a hard-shooting blueliner who seeks and destroys opponents in open ice or in close quarters. He has deceptive speed thanks to a quick first step, which makes his hammerblows inflict serious pain on his opponents. Some might say his antics border on dirty, but one has to be impressed at the timing of his hits, thus making it difficult to penalize him while his victim contorts on the ice nearby.

RHD Topi Niemela (Karpat U20, Jr. A SM-Liiga) — A regular on last year’s under-18 squads, Niemela is part of another well-rounded group of Finnish blueliners, and some feel he has the potential to be the first one picked at the draft. He is an excellent skater and a decisive one at that, and much like 2019 first-rounder Lassi Thomson, Niemela doesn’t hesitate to shoot. He doesn’t have the “wow” factor we saw last year in Ville Heinola or Anttoni Honka, but his heady two-way game should be enough to earn him an SM-Liiga promotion and a long look during Champions Hockey League action.

#U18: Speed and skill from Leevi Aaltonen leads to this rocket from Topi Niemela (2020 Draft). Finns only trail by a goal, 4-3 in the 3rd. pic.twitter.com/Nemufzu5TR

C Michal Gut (Everett, WHL) — Easily one of the fastest and most exciting forwards available in the draft, Gut is taking his impressive collection of dekes, dangles and spin-o-ramas to one of the more defensive-minded teams in all of Canadian major junior. There’s obviously some polish that needs to be added to his overall game, and you have to expect the Silvertips to add shine to his contributions beyond the highlight-reel dipsy-doodling.

LHD Emil Andrae (HV71 J20) — It’s not a banner year for Swedish blueliners from a draft standpoint, but Andrae seems to be the most reliable when it comes to puck rushing and playmaking from the back end. He quarterbacked Sweden’s powerplay at the Hlinka, and also was used extensively on the penalty kill. His agressiveness inside the offensive zone knows no bounds, and there are times when he’ll drop down below the circles multiple times on the same shift.

LW Matej Kaslic (Malmo J20, Superelit) — A speedy winger who loves to attack up the ice, Kaslic is a sidewinder on skates who can elude or evade pressure with relative ease. He didn’t arrive at the Ivan Hlinka with as much fanfare as notable teammate Martin Chromiak, but he certainly made a name for himself by displaying an intense compete level, physicality, and a total adherance to 200-foot hockey.

C/W Yu Sato (Quebec Remparts) — A Japanese playmaker who had an impressive year in one of Finland’s key development leagues, Sato brings his speed, vision and passing accumen over to the QMJHL, where he should be leaned on as one of the top offensive forwards for the Remparts. Keep an eye on his game to see if it translates on the smaller sheet and can stand up to the physical North American style, but his elusiveness in tight spaces should make the transition relatively seamless.

Below is a brief list of notable first-year eligible draft prospects for the 2020 NHL Entry Draft, followed by additional players on a watch list that will continue to get updated as more are identified. These lists will serve as a precursor to my midseason Top-500 draft rankings that will be released in mid-December before the under-20 world junior championship mid-August. Players born between September 16, 2001 and September 15, 2002 are in the zone for consideration. The rankings for draft “overagers” will be published in the fall.