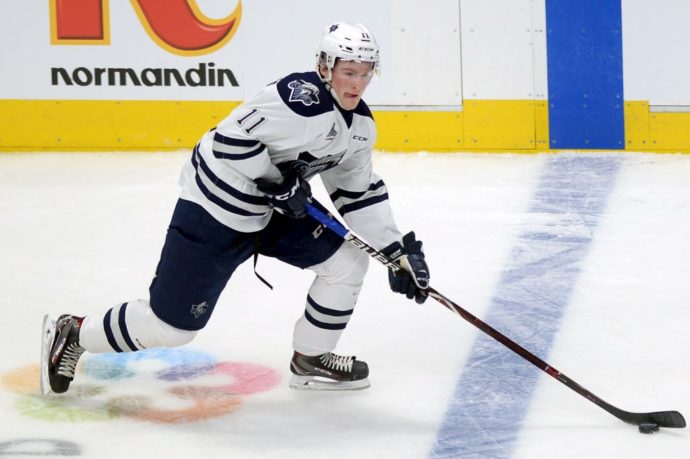 The crown jewel of the 2020 draft class, Lafreniere delivered a season for the ages of any major junior player, let alone one who is only 18 years old. After dominating the under-18 Ivan Hlinka and winning the 2019 CHL Player of the Year Award, Lafreniere won the QMJHL scoring title and earned MVP honors at the U20 world junior championship (10 points in 5 games) in leading Canada to gold. Not only is he a virtual lock to become the first French-Canadian skater to go first overall since Vincent Lecavalier in 1998, but he joined Sidney Crosby as the only two pre-draft prospects to win CHL MVP more than once. Lafreniere also is a team-first leader who has made a profound impact on Rimouski, turning them from a 59-point doormat in 2016-17 to back-to-back playoff seasons of 90+ points.

A gifted and versatile scoring winger with outstanding hockey sense and the ability to elevate his game when the situation calls for it, Lafreniere possesses many traits that scream elite and potential NHL superstar. From his deadly wrist shot to his superior playmaking and vision, the St. Eustache native checks every block imaginable when it comes to possessing the puck. What makes Lafreniere unique, however, is his insanely high compete level, tenacity on the puck, physicality, and selflessness. Play him on a line with equally heralded or accomplished prospects, and he’ll make it a point to tap into their strengths rather than make himself the center of attention.

Lafreniere is an excellent skater in all directions, but his powerful stride allows him to separate from opponents in open ice. It’s rare to see a winger nearing 200 pounds of any age to be able to turn on the jets immediately following a physical battle, but Lafreniere’s foot speed, long stride, and expert anticipation places him in open ice with a numbers advantage multiple times a period, let alone an entire game. Playing in a junior league has something to do with that, but there no reason to believe his escapability in close contact won’t translate to success within the trenches of NHL warfare, where time and space are earned the hard way. Lafreniere can tailor his game to fit any style of play, and his ability to play physical causes significant matchup problems for smaller opponents.

Lafreniere can be used in every situation, and his ability to dominate the puck no matter the in-game environment creates swaths of open ice for his mates. Lafreniere is an incredibly unselfish player, and his youthful exuberance when coupled with his physicality reveal a player of the throwback variety. Lafreniere seems to understand and execute set-plays on or off the puck, and he can be counted on as a reliable and tenacious forechecker who creates turnovers in the neutral zone. Although the volume of high-end prospects being developed out of the QMJHL has slowed down, Lafreniere is at the very top of an elite crop of Quebec Leaguers poised to garner the attention of scouts from all over North American and Europe. The top slot among 2020 draft hopefuls was Lafreniere’s to lose for several years, and never once did he relinquish it.