Photo courtesy of the Penticton Vees 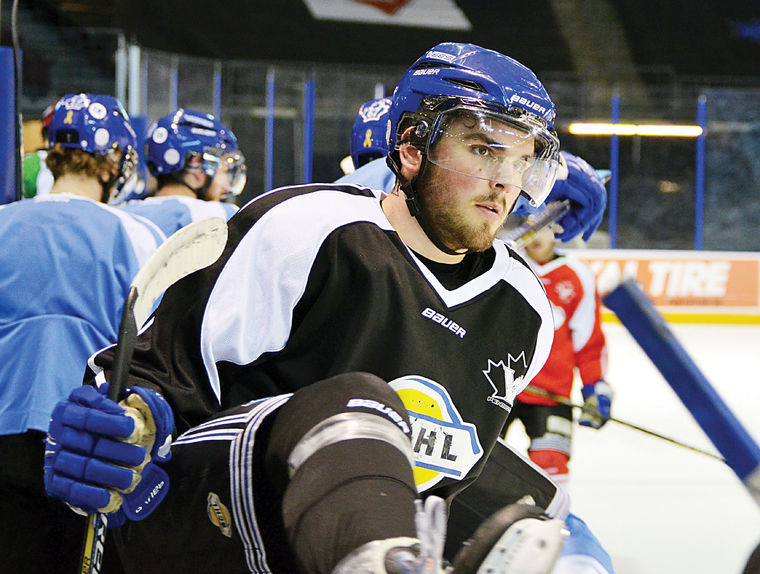 Position: Defenseman
Shoots: Right
Height/Weight: 6’1 190 lbs
Born: June 20th, 1998, Coquitlam, BC
Obtained: Committed to Penticton (BCHL) on May 28th, 2014…Committed to Boston University (NCAA) on October 12th, 2015… Drafted in the first round (8th overall) by the Seattle Thunderbirds in the 2013 WHL Bantam Draft.
Notes: 2015-16: Named 2015-16 BCHL Best Defenseman after leading all blueliners in scoring with 67 points (36 at even strength), four game-winning goals and a 1.49 points-per-game average…Tied for assist lead among blueliners at the 2016 IIHF under-18 world championship with eight in seven games…Led all defensemen with five assists for Team Canada-West as they won the 2015 World Junior “A” Challenge…Appeared in five games for Team Canada as they won the 2015 U18 Ivan Hlinka Memorial Cup…2014-15: Named to BCHL All-Rookie Team…Ranked third among Penticton defenders with 29 assists and 33 points in 44 games…His 0.75 points-per-game average was good enough for ninth among BCHL defensemen…Placed second among BCHL blueliners in playoff scoring with 11 assists and 15 points in 21 games as Penticton won the league title…Recorded two goals and an assist in five games for Team Canada-Red at the 2015 World U17 Hockey Challenge.

Quick-thinking puck mover who thinks the game at a level far superior than the majority of his peers. Fabbro bypassed the CHL route to maintain his NCAA eligibility, and his BCHL competition paid a heavy price for his decision to stay with Penticton, leading all defensemen in scoring. He served as the Vees’ go-to guy in critical situations and provided his coaching staff with dependability while acting as their conduit between the bench and the ice.

Fabbro likes to play an up-tempo game, breaking out of his zone with either short bursts of speed or a hard, accurate head man. He can identify and exploit gaps, including ones with a closing window of opportunity. He has above-average balance and the type of coast-to-coast ability to thwart tight-checking schemes. Crossing the red line is rarely an adventure, as he will either slow down the pace or take the puck wide and into the opposing zone. He has very good hands and can handle a tough pass during the back-and-forth nature of a power play. Fabbro possesses a very good shot and an early-season issue with accuracy seems to have been rectified.

On defense, he’s positionally sound in coverage and combines excellent gap control with an active stick. He runs into problems, however, during puck retrieval as he’s shown an aversion to physical contact. Far from soft, Fabbro needs to learn to take a beating to complete a play rather than continue to rely on smarts and stick skills.