NASHVILLE (The Draft Analyst) — Trying to “re-draft” a talent pool from the same draft year is a fun exercise that unfortunately gets driven by hindsight. We’ve all been guilty of it at some point, and there’s no rule that says a fan isn’t allowed to criticize the decisions of NHL scouting staffs (and the general manager who hired them).

But the draft itself is supposed to be a fun event for everyone involved, at least initially. Not only does it gives fans hope for the future, but it also kickstarts the NHL offseason, thereby impacting the growing community of online sports betting, as gamblers will be able to start looking at the Stanley Cup odds for the following season.

Draft picks haven’t always worked out as well as players and franchises would have hoped, as some players have been unable to live up to the demands required at the highest level of the sport. At the same time, it would be wise not to rush into a franchise-changing decision without seeing your prized neophytes in action beyond their rookie season as teenagers. Therefore, it’s time to take a look back at the first three choices of the 2019 NHL draft and assess their progress at the NHL level. 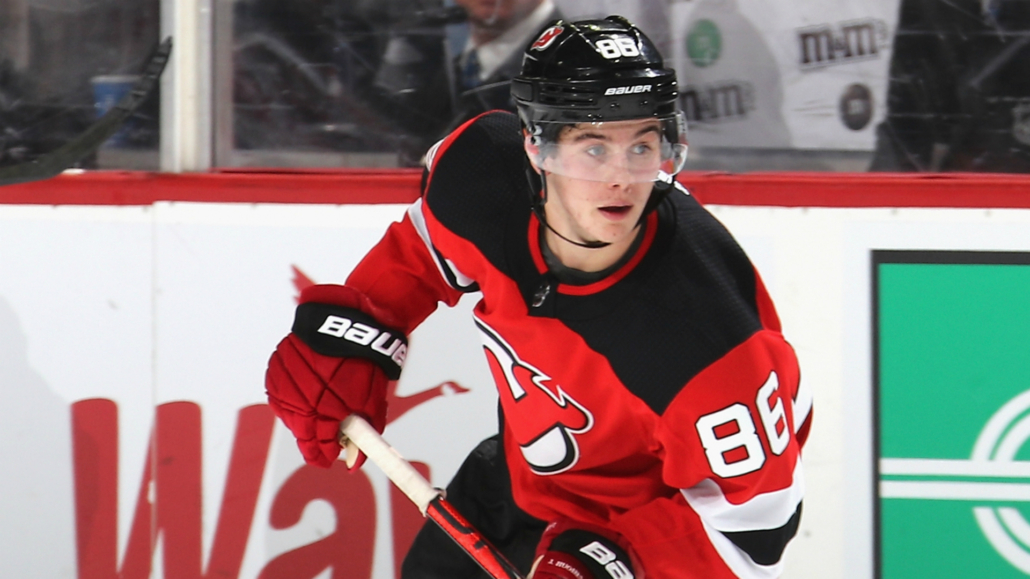 Although logic always pointed towards Hughes being a slam dunk to go first overall at the 2019 draft, concerns about his slight frame when matched against older, stronger NHL competition added a tinge of uncertainty to his upside. There even was talk that he might get jumped by Kaapo Kakko, who some felt was more ready for the rigors of the NHL because of his experience in a men’s league, followed by an impressive performance against NHL’ers for Finland at the 2019 World Championships.

That storyline proved to be anti-climactic, however, as Hughes not only was made the No. 1 pick by the New Jersey Devils, but both he and Kakko struggled mightily in the production department as rookies the ensuing NHL season, with Hughes mustering only 21 points (7 goals, 14 assists) in 61 games.

Fast forward to 2020-21, and a stronger, wiser Jack Hughes quickly earned the reputation of one of New Jersey’s top players, registering 16 points (7 goals, 9 assists) in his first 27 matches and needing only 41 games to match last season’s output of 21 points. Hughes also eats a ton of ice time, averaging 19:01 a game  — the highest of any NHL forward under 23 years old — as opposed to 15:52 last season.

In terms of advanced numbers, Hughes has been a possession driver and shot generator with a team-best 58.6 Corsi-For percentage, a +8.9 percent Corsi-For relative to his teammates, and the second-most shot attempts (180). Holding onto the puck as often as Hughes does has its drawbacks, as his 44 giveaways at 5-on-5 is the second most among all NHL forwards (with Toronto star Mitch Marner being first, by the way). Another concern is the fact that he leads the team with 2:54 of power-play time a game, yet the Devils are an abysmal 29th in scoring during the man advantage.

All that said, Hughes looks like the player the Devils thought they were getting — a dynamic playmaker who makes others around him better. It’s just a matter of time until Hughes piles up star-caliber seasons in which he’s producing points at will. 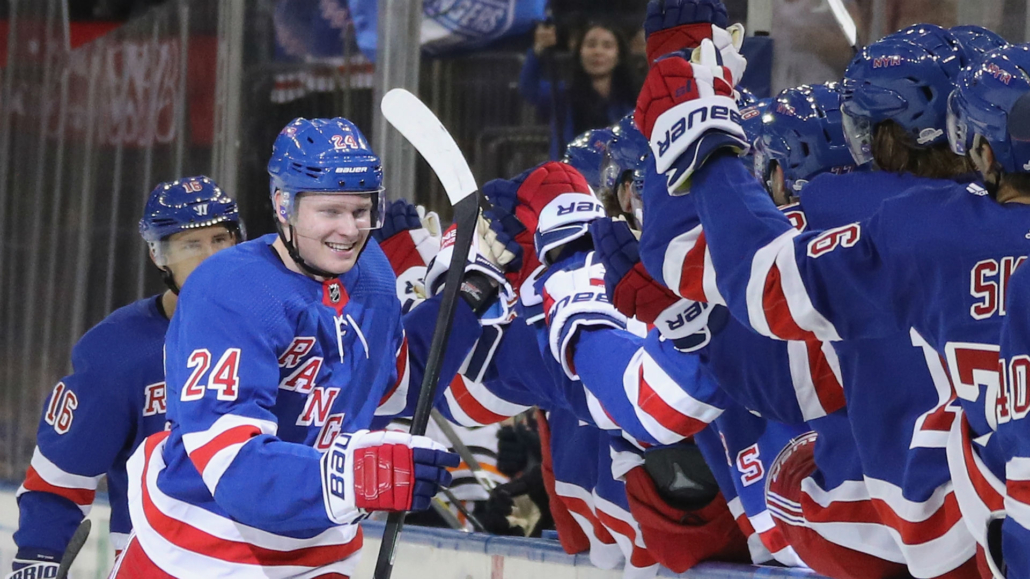 Raise your hand if back in 2019 or even 2020, you claimed that within two years, Kaako would be one of the NHL’s top defensive forwards? Oh, that’s right. My bad. Nobody actually predicted that, and for good reason. In Kakko’s draft year with Finland’s TPS Turku, he was a prolific goal-scoring winger who was at his best when he was (surprise, surprise), scoring goals.

Yet as tantalizing as he was in his draft year, Kakko’s rookie season with the Rangers in 2019-20 was nothing short of uninspiring, and the running joke within the analytics community was that he literally was the worst forward in the entire league.

It got to the point that people started thinking that neither Hughes nor Kakko deserved to be drafted first and second overall (respectively), and the “bust” tag was immediately applied to both, albeit by the sophomoric sector of hockey know-it-alls. Simply put, Kakko looked slow, indecisive, and overamatched.

But much like Hughes, Kakko quickly silenced his critics quite early into the 2020-21 season, as he’s not only played with more jump and energy, but he’s driving the Rangers’ third line and sporting a nearly 4:1 takeaway-to-giveaway ratio, which ranks him among the best in the league. Additionally, Kakko ranks in the top three on the Rangers in Shots per 60 minutes (7.85), individual expected goals per 60 (0.73), and high-danger scoring chances per 60 (3.27).

His raw numbers to start the season, however, were anything but noteworthy. Although they weren’t indicative of his actual on-ice effort, Kakko recorded only two goals and two assists in his first 23 games with an average time on ice of 14:53. Since then, Kakko has caught fire with eight points (4 goals, 4 assists) in 12 games with a slight decrease in ice time (14:25). In a recent two-game stint against the favored Islanders, Kakko’s line was frequently matched up against Mathew Barzal and held the edge in quality chances and possession. 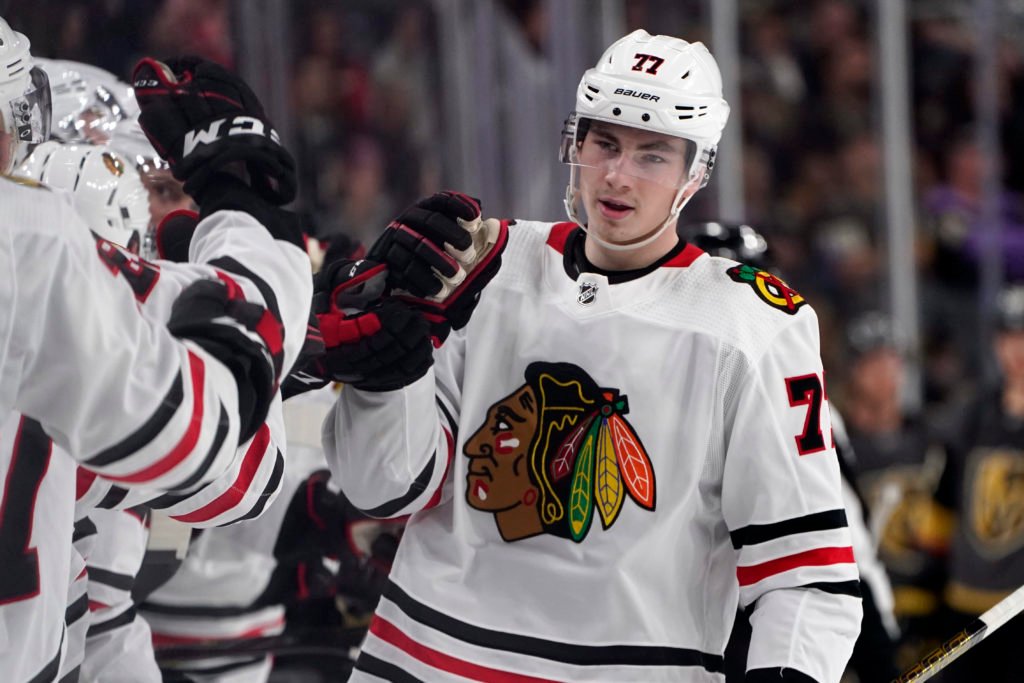 Dach went from draft-day surprise to top-line NHL forward in less than a year, which is exactly why some felt he could very easily have been the first overall pick in 2019 over Hughes or Kakko. The big, rangy playmaking center made an instant impression on the league a season ago, but it wasn’t until the tail end when he became a legitimate candidate for permanent duty alongside Balckhawks’ star Patrick Kane. Although his eight goals and 15 assists in 64 games put him right where Hughes and Kakko were production-wise, 12 of those 23 points game in his last 21 games.

But his “arrival” to the NHL didn’t happen until the postseason, when the 12th-seeded Blackhawks upset the Edmonton Oilers in their best-of-five series, and Dach recorded four assists in four games while he played a whopping 20:18 alongside Kane and Alex DeBrincat.

Dach’s performance in such a pressure-packed environment made him an easy candidate to nominate for the captaincy for whenever Jonathan Toews decides to move on, and Dach quickly became the central figure in Chicago’s rebuild.

An unfortunate wrist injury at the under-20 world junior hockey championship the following December kept Dach out of training camp and forced him to miss the first 34 games of the season. He made his sophomore season debut on March 27, and Dach has since notched a goal and four assists in nine games to pace him for a 45-point campaign over an 82-game schedule.

Dach’s return also has come at the right time from a standings standpoint. The Blackhawks were in a playoff position only a few weeks ago before the Nashville Predators ripped off this current lengthy winning streak that helped them jump into fourth place in the Central Division. The Hawks remain in the hunt, however, so expect Dach to once again be leaned on for critical top-six minutes.

No NHL general manager will give up on a top-three pick after only a year. But that didn’t stop naysayers from demanding a significant overhaul to the actual 2019 draft order

Now that the dust has settled, however, we can chuck last year’s hot takes into the incinerator and relish the fact that all three of these aforementioned young forwards have shown plenty of promise in such a short period of time. A top draft prospect doesn’t need to hit 50 or 75 points as a rookie to validate their potential. Just ask Joe Thornton, Vincent Lecavalier, Owen Nolan, and Wendel Clark about that one.

Yet the biggest takeaway is that each player has improved upon the one “red flag” critics raised in their draft year — Hughes is now stronger, Kakko’s motor is much higher, and Dach’s speed is a benefit; and all before their 21st birthdays. Therefore, it would be wise to keep things the way they are, with Hughes at the top of this impressive trio, and Kakko and Dach not too far behind.