NASHVILLE (The Draft Analyst) — One of the biggest indicators that the Toronto Maple Leafs could be the team to beat this postseason was the announcement of the trade deal involving Nick Foligno. Toronto parted ways with three draft picks — one in the first round (2021) and two in the fourth (2021, 2022) — to acquire the pending unrestricted free agent, but Columbus retained half of their former captain’s $5.5 million cap hit for the financials of the deal to work.

Toronto general manager Kyle Dubas was a busy man during the NHL’s trade deadline period, and the high price he paid to add Foligno’s size and playoff experience could be well worth it during the Stanley Cup Playoffs. The announcement certainly caught the imagination of Leafs fans, and it’s hard for them not to get carried away after seeing their maddening franchise bring in a player that played a role in breaking their hearts the postseason prior. The Toronto Maple Leafs could be one of teams to utilize the PointsBet promo code Indiana on this season. But, can they finally end their long wait for Stanley Cup success? 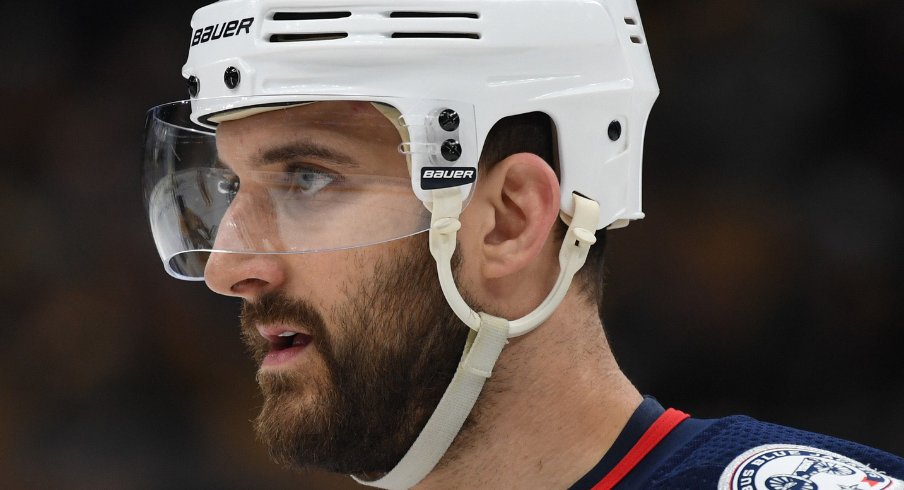 Foligno, whose father Mike in 1993 was a veteran presence on the last Leafs’ team that nearly brought home the Stanley Cup, was acquired for his leadership and toughness that were critical in Columbus’s first-round wins over Tampa Bay and Toronto, respectively, in each of the last two seasons.

Therefore, it would be fitting should the 33-year-old Nick be the man to lead the Leafs to their first opening-round triumph in nearly two decades. Foligno’s experience obviously was one of the driving forces behind making the trade, as the left winger has played in over 1000 games in the NHL. He is a one-time All-Star, and recorded seven goals and nine assists before moving to Toronto.

The Maple Leafs have constantly come unstuck in the playoffs, losing in the opening round in four consecutive season. But this year’s roster can’t afford to let the benefits of the realigned divisions and reduced schedule pass. Toronto has sliced through the Canadian Division this season and is only a few weeks from clinching its first division crown since 1999-00. Therefore, it’s understandable that their fans believe that these Leafs give them the best chance to see not only a playoff-round victory, but potentially a spot in the conference final as well. Continuing this winning habit is essential for the Leafs, and they could be the best team to be bet on winning the Stanley Cup.

This current format obviously to suits the Leafs, for they no longer have to contend with Tampa Bay or Boston in either of the first two rounds. For now, they will have the opportunity to sidestep Stanley Cup contenders in the first round, which has been their undoing far too often. In other words, Toronto cannot continue to look ahead to a big challenge in the future, as they have been handed a golden opportunity to rid the organization of the reputation as postseason pushovers. Acquiring Foligno isn’t a guarantee to fix it, but he’ll certainly make the Leafs a tougher team to play against.

The Leafs on paper are the most talented team in the division, with top scorers such as Auston Matthews and Mitch Marner, and a strong 1-2 punch in goal thanks to Freddie Andersen and Jack Campbell. Through Thursday’s action, Toronto ranks in the top 10 in goals per game (3.27), goals against (2.66), shot percentage (10.6 percent), PDO (101.9), and scoring-chance percentage (63.1 percent). With a record of 28-12-4 and a gaudy .682 points percentage, the Leafs are pacing for their best regular season success rate in franchise history. Only the Carolina Hurricanes, Vegas Golden Knights, and Colorado Avalanche have lost fewer times in the NHL this season so far.