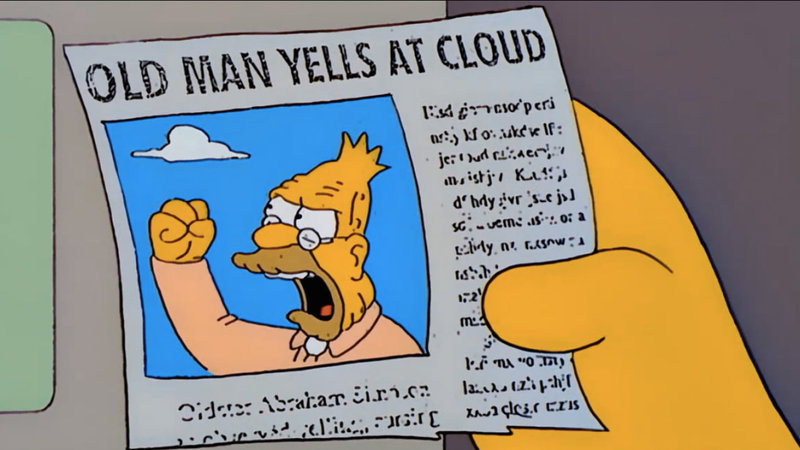 In the immortal words of Paulie “Walnuts” Gaultieri:

Sadly, that how I felt last night while watching the Sweden-Belarus game, which took place in front of a scouts-only crown in Plano, Texas. The quality of play was terrible, but add me to the short list of people who will take into consideration the sizable gap these kids had between their last league game in yesterday’s openers.

Nonetheless, I like to call it like I see it. The Swedes in their win over Belarus (all things considered) were somewhat of a disappointment, which may sound surprising considering the 5-1 score and a decided advantage in shots. But just like the announcers said during the game, it game was a lot closer that the score indicated, and the Belorussians controlled long stretches of the second period.

My biggest problem with the individual (key word) Swedish prospects could probably be traced back to their head coach Anders Eriksen, as there was absolutely no structure to their game and their first 20-25 shifts seemed like a competition between who could take the most low-percentage shots — I’m talking multiple 1-on-4 attempts from the left half-wall and 100-foot wristers with open teammates all around. It was unwatchable hockey and made me want to switch to the other game.

And this wasn’t limited to just the Swedes. The best player for Belarus in defeat was Danila Klimovich, a high 2020 CHL import pick with Rouyn-Noranda of the QMJHL who on a second-period breakaway pulled off the hot-dog move of hot-dog moves by trying the through-the-legs flip shot (with his team trailing 2-0), which failed miserably.

He would later score in a more conventional way, but that move was a clear attempt to showboat in front of the scouts. Will he get drafted because of this tournament? It’s possible, but there’s a fine line between cocky and confident, and bet the farm it turned off more than one scout in attendance last night.

And spare me with the knee-jerk crap like “oh, we complain that hockey players are too robotic then criticize them when they show emotion or flair”.

We heard the same crap when crybaby Lias Andersson chucked his silver medal into the stands for not finishing first at the 2018 World Junior Championship. Don’t get me wrong, I love a nice display of puck skill or competitiveness, but having situational awareness and restraint can be equally as important, especially in a close game of short tournament.

And I get it — they’re kids. But this isn’t 1998 or 2006 or even 2015. The league nowadays is more open to letting teenagers compete for a regular shift, yet it became pretty obvious early into last night’s game that all that mattered to (most) of the players was individual achievement. In baseball, that works out fine. But not in a team sport like hockey where it’s common knowledge that the best way to avoid neutral-zone congestion is to chip pucks in and chase after retreating defenders full throttle while their backs are turned. The “me-first” attitude showed by the Swedes was very un-Swedenlike, but then again, nearly every NHL scout appeared to be in attendance, which probably accelerated the spotlighting.

Although the selfishness was tough to watch, the Swedes did receive quality 200-foot work from the likes of their lesser-known prospects such as wingers William Stromgren and Oliver Moberg, and center Arvid Eljas.  In the end, a win is a win is a win, but that low-IQ garbage we saw from Sweden against Belarus probably won’t fly on Tuesday against a powerhouse like Canada.

Simon Edvinsson, LHD: I’m not a big Edvinsson fan and think he’s far too overrated to be considered a potential top-10 pick, let alone first or second overall. But at least I’m more than comfortable with the year-long work I put in to formulate that opinion. One inconsistent game? Fine. Two? Four? Nine? 20? You get the point. Against the Belorussians, I didn’t see anything new or improved from Edvinsson — he’s a good skater, likes to control the puck, take low-percentage shots, can’t control his emotions, wanders around in his own end, and misses on half the important passes he needs to make once he’s inside the zone.

Sorry folks, but I just don’t see it beyond the size and skating, with occasional examples of poise under pressure. You wan’t to draft him first overall, be my guest. I have two notepads full of red ink on this kid before he stepped foot in Texas, and last night gave me anything but a warm and fuzzy on his potential. Buona sorte, I say. Let’s see how he handles that heavy Canadian forecheck.

Anton Olsson, LHD: Huge Olsson supporter here, and I think he was good for about 75 percent of the time. He made a nice one-touch assist on the Isak Rosen’s opening tally on the power play and was summoned for the top penalty-killing unit. He also made a heady shoulder-check and rim under pressure that kickstarted the textbook breakout the Swedes executed on the 3-1 goal by Eljas just when it seemed like the they were about to crack under heavy Belorussian pressure.

Olsson awas guilty of shooting for the sake of shooting, however, and on several occasions tried to be either too cute or too emphatic when a simple play was all that was necessary. He also packs a lot of punch and delivered several textbooks hits at his line, including a beauty of a hip check that had all the scouts scurrying for their pens. And if you don’t think the kid’s got a howitzer, just ask Belarus goalie Ivan Zhigalov, who got knocked off his feet on an Olsson bomb in the first period. Much like Edvinsson, his defensive game will be put to the test by the Canadians.

Fabian Lysell, RW: Lysell was a top-liner along with former Frolunda J20 teammate Liam Dower-Nilsson and fellow winger Simon Robertsson. He too was guilty of a little bit of showboating, but his elite speed scared the daylights out of the Belorussian defense during a beautiful end-to-end rush that he finished on the backhand. I’ll give Lysell a bit of a pass with his forced passes and unnecessary moves in the face of traffic, partly because as a depth player with Lulea he clearly showed he can play a heady three-zone support game off the puck.

Isak Rosen, LW: Rosen helped settle things down by drilling home the 1-0 tally off the pass, and he showcased his elite stickhandling and agility several times thereafter. Rosen is quick with flashy playmaking abilities and buttery-soft hands. He’s also slight of frame, however, which is why he had issues making an impact and increasing his role for Leksand in the SHL. Filling out shouldn’t be an issue for him as he gets older, but I wanted to see him battle harder and fight for pucks against his own peers. Rosen doesn’t lack in the confidence department and has the mental toughness to take the puck inside with speed, which you should see for the remainder of the tournament.