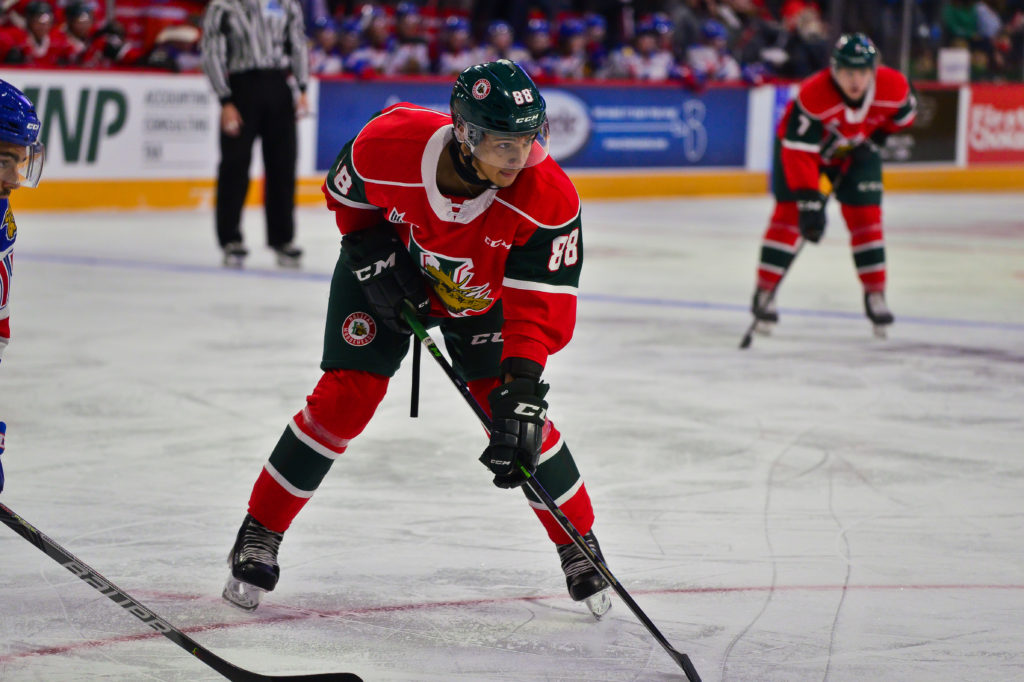 Orr is a skilled forward with noticeable speed, quickness and plays all three forward positions for Halifax. Originally drafted by the Saint John Sea Dogs in the fifth round of the 2019 QMJHL draft, Orr was acquired by the Mooseheads a year later in exchange for a couple of draft picks. Although he is listed as a center, Orr primarily plays right wing for the Mooseheads. He’s spent the bulk of the season on Halifax’s top line with center Elliot Desnoyers and top 2021 draft prospects Zachary L’Heureaux, and the trio is considered one of the better units in the league. Orr is used in all situations and special teams, and over 80 percent of his 21 points are of the primary variety. Orr has been used on the left half wall, bumper, and net front during the power play. At press time, Orr’s 11 goals led all QMJHL rookies and he was third in scoring.

Orr has excellent speed and quickness. He uses a long, powerful stride to break away from defenders or rapidly pressure opponents on the forecheck. Orr’s leg drive and foot work also stand out, as they help him back opponents off, walk himself into a better passing or shooting lane, and also backcheck. His agility and edgework are solid in allowing him to quickly maneuver in tight areas. Orr’s straight-ahead speed is excellent, and his lateral quickness allows him to dodge defenders before leaving them well behind the play. Stickhandling is something Orr does not often display, but he is poised along the wall. He uses deception at times but is suited to the give and go and dump and chase game.

Orr owns a plus-shot for its accuracy and quick release, and he does most of his damage within 15 feet of the net. Orr uses a quick snap shot and rarely shoots off the pass, mostly because he stays in motion and likes to mix it up along the boards. The rapidity of his release in essence has the same effect as a one-timer, and Orr will still generate velocity on attempts as he cuts across the middle or fires shots off his back foot. Orr is no slouch in the playmaking department. He uses the threat of his shot to freeze defensemen and goalies to find an open teammate and has soft enough hands to saucer accurate passes while moving at top speed. There’s a significant level of flash to Orr’s game but not in the sense that he’s intending to produce a highlight-reel play. If a teammate is open, chances are strong that Orr will find him, especially in front of the net or under pressure near the boards.

Orr fits the bill of a player who his coaches entrust will late-close defensive responsibilities and penalty killing. He’s played center several times this season and he does look comfortable playing the position, although his 38.3 percent success rate on faceoffs probably keeps him on the flank. Orr plays with noticeable intensity and will not shy from contact, especially in the corners or in front of the net. He hustles on the backcheck and pressures the points with the desire to block shots and head the other way.

Orr is both smart and poised, which help explain why he was given such a prominent role in multiple situations so early in the season. It only take a few shifts into a game to see why it must have been  easy for Halifax head coach J.J. Daigneault to trust Orr, who clearly understands when the reward either does or doesn’t warrant the risk. He doesn’t seem to be a fan of dangerous cross-ice passes or centering feeds during key stages in the game, but he is an opportunistic shooter who can fool goalies with deceptive attempts from anywhere in the offensive zone. More responsibility has been handed to Orr as the season progressed, which is a testament to his acute understanding of the game.