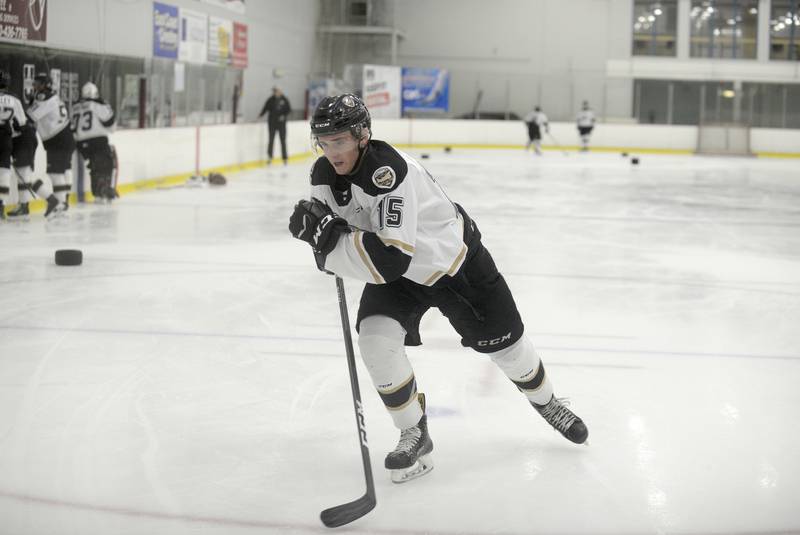 A versatile forward who loves to use his massive frame to pound opponents, Boyd was selected in the fifth round of the 2019 QMJHL draft and currently serves as a role player on one of the league’s top teams. He is a bit of a throwback; one who plays a no-nonsense game. Although his production  — 2 goals in 23 games — is rather unimpressive, Boyd brings more than simply a big, bruising body who only hits and fights.

Boyd is a solid skater for his size. His is able to keep up with the pace of the game and his large frame doesn’t hinder his movements with and without the puck. Boyd displays quick feet when accelerating out of turns or the corners. There’s also a level of deception to his speed, as he has shown to beat defenders to the outside. One of his two tallies this year was a rush up ice, followed by a deke and finish.

Boyd owns a quick-release shot but serves primarily as a net-front and low-slot presence. He spends most of his time during offensive-zone possessions in the trenches, but on occasion he will slip into a shooting area for an attempt off the pass.  Boyd doesn’t shoot often, the other of his two goals on the season was a nasty snipe off the pass from the slot. Most of his touches or deliveries are simple chips or leads but he has good enough vision to spot the right option. It’s the execution of getting the puck to desired target that seems to stall more times than not.

Boyd is a smart, hard-nosed player who uses his size and footwork to create time and space rather than anticipation or skill. He processes the game quickly and generally makes smart, team-friendly decisions. The puck doesn’t stay on his stick for long and you rarely see him attempt plays that are outside of his capabilities.

Boyd is responsible defensively by understanding positioning in all three zones. He competes hard and from a discipline standpoint usually arrives on the scene without ill intentions, but that doesn’t mean he’s willing to let opponents get off easy. His desire to impact shifts is evident, from winning puck battles to forcing opponents to go through him. He plays the game hard and honest, and sticks up for teammates while holding opponents accountable.