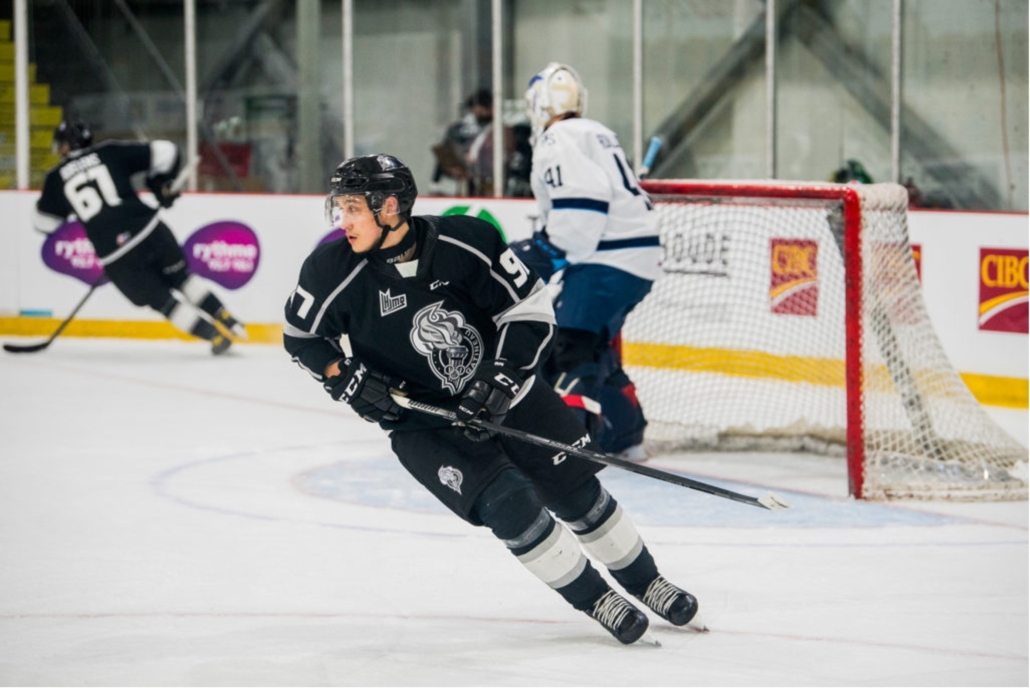 A skilled Russian center with good size who last season didn’t take long to earn a top-line slot alongside Devils’ draft pick Arseni Gritsyuk on Omskie Yastreby, Prokopenko was selected eighth overall by Gatineau in the 2020 CHL Import Draft. He finally suited up for the Olympiques on Feb. 27 and was slotted in the bottom six, but he’s also had spurts on an all-2021 draft line with notables Manix Landry and Zach Dean. Prokopenko didn’t register a point in any of his first four games but scored five goals over his next eight matches; all which came during 5-on-5 play. Prokopenko was used on Gatineau’s second power-play unit but did not kill penalties. Through April 10 he has won 41.3 percent of his 91 faceoffs.

Prokopenko is an average skater in several areas. He is not a burner and it’s highly unlikely he’ll ever become one, but he arrives to the right place at the right time. His strength lies in his agility and deceptive tight-quarter quickness, and his hunched style helps him maintain balance and puck control. He also avoids defenders and congestion with quick little edgework moves. Overall, Prokopenko is an adequate stickhandler who doesn’t hang onto the puck for long and usually releases to a prime shooting area right after he hands it off to a linemate.

Prokopenko has an impressive shot and release. He is adept at the one-timer and is fairly accurate with his attempts. He patrols the high slot and was a target on the power play for attempts off the pass. Prokopenko, however, is not much of a playmaker in terms of vision, passing, and creativity, and he consistently defers to his wingers to facilitate plays. When he is carrying the puck, Prokopenko does so at his own pace. On occasion he will push the defender back off his line, then curl to wait for a teammate to fill a lane.

Prokopenko is average defensively and will get caught on the wrong side of the puck or stray too high before eventually losing his bearings. Although this could be due to not having enough experience in North American settings, he displayed similar inconsistencies with positioning in Russia as well. Prokopenko also gets overpowered by larger, stronger opponents, but the limited sample size makes assessing his overall compete level somewhat difficult. He frequently plays on the perimeter but his lurking often is calculated as he will end up with the puck on his blade at the right moment.

Perhaps the biggest asset Prokopenko owns is his hockey IQ. He is a smart, opportunistic center with a hunter’s mindset; one who observes and strikes quickly as opposed to forcing the play or rushing into decisions. Although Prokopenko sometimes appears to go through the motions, his low-risk decision making generally bears fruitful results. He constantly finds the open man, understands spacing, and also knows when to attack as the third-man high in the offensive zone.

Bottom-six center and power-play specialist. Could be converted to wing.