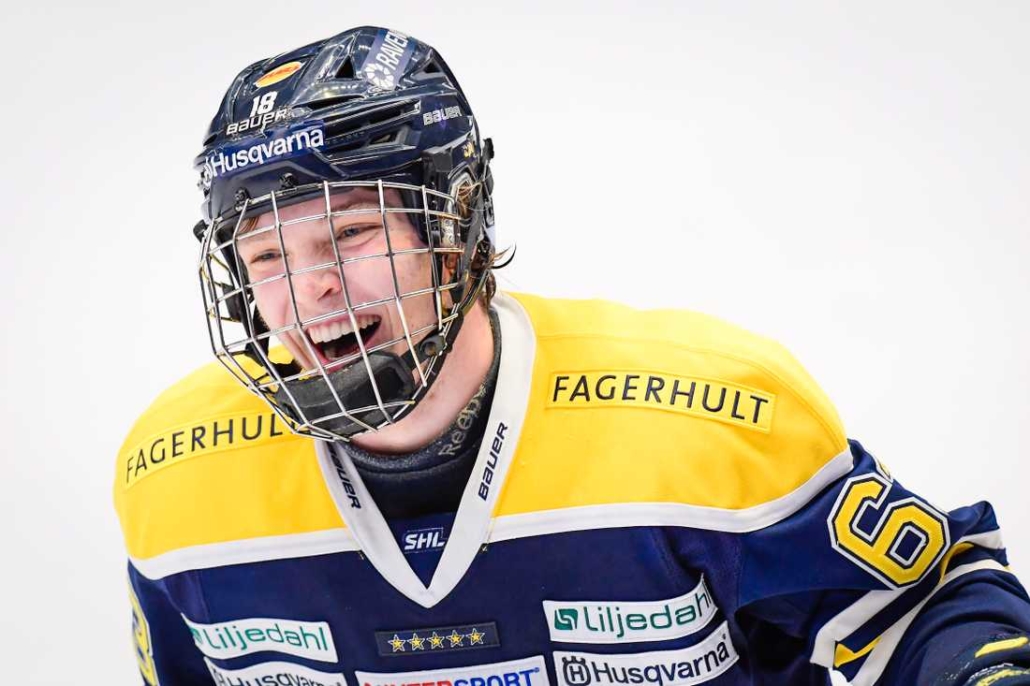 A top-line winger for HV71, Nybeck followed up an impressive draft-1 season in 2019 with an even better 2020 campaign as he led the entire J20 in combined scoring between the regular season and the Top-10 portion. In fact, it was during the latter when Nybeck went on a tear, recording 33 points in only 16 games for a league-best 2.06 points-per-game average — nearly a full point more per match than in the regular season. Even more impressive is that of his 66 points, only 19 came on the power play. Nybeck also participated in every major under-18 tournament, where he picked up two goals and 10 assists in 13 games between the Ivan Hlinka in August and the two Five Nations tournaments. His fine work against his peers was rewarded with a 15-game promotion to the parent club, where he produced only one goal in 15 games with an average ice time of 4:41 per contest.

Nybeck is a quick skater with a short stride and outstanding agility. He is as slippery as they come and he uses his lateral quickness and strong edges to change direction or react to pressure that blocks his original axis of advance. Nybeck has the speed and elusiveness to gain large swaths of ice regardless of the type of defense thrown before him. He enters the zone under control either while moving at top speed or at a slower pace, and he has posterized many overzealous opponents with a highlight-reel shimmy or dangle through the legs. Once inside the zone, Nybeck buzzes like a bee by keeping his feet moving and weaving around until slot defenders get tired of marking him. He seems partial to the right half-wall and although he is both confident and competent in playing catch across the seam, he also can make a series of moves from the faceoff circles inwards in order to get closer to the goal. Being on the smaller side leaves Nybeck susceptible to hard shoves that easily knock him off the puck, but his balance is otherwise impressive for a winger listed at 5-foot-7.

Nybeck is an outstanding playmaker. He creates high-end setups on his own but also knows where to position himself to maximize the effectiveness of his linemates and creative defensemen. Nybeck is involved in a lot of give-and-go’s and set plays off faceoffs, and he is far from bashful when given the chance to wire a dart at the net (he averaged 4.2 shots a game during Top-10 play). His shot-release combination is both effective for the accuracy of his attempts and the way it catches opponents off guard. Nybeck also has a hard backhander and will slap bouncing pucks on net in one motion during board battles. On the power play, Nybeck is one of several elite playmakers HV71 can ice on their top unit and he is a dual threat who can either step into a one-timer from the circle or thread the needle towards the back door; he also plays the point if necessary. If there’s an opening, he’ll find it. If an opening isn’t available, he’ll create one himself. There are times when Nybeck tries to be too fancy and will attempt high-risk plays high near the line with no safety coverage available.

Nybeck’s energy and quick feet come in handy on the penalty kill and forecheck, and he is more than willing to deliver hits as hard as he can. His stick swings consistently and he by himself can neutralize an opposing cycle or power-play possession by playing an in-your-face style and reading and reacting correctly. These tactics are evident mostly above his own faceoff dots and one explanation (aside from coverage assignments) is that he is always looking to break the other way. The knee-jerk response is to call him a cherrypicker and there are multiple times when it seems like Nybeck is gambling on his mates to strip puck and spring him for an unabated attack. The truth, however, is that Nybeck guesses right a heck of a lot more than he guesses wrong.