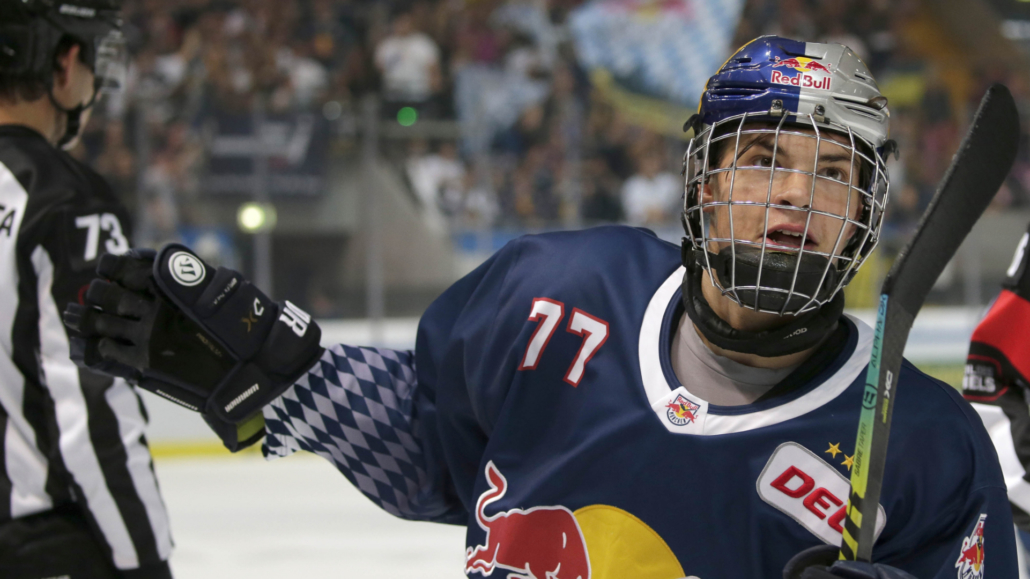 A fast dual-threat winger who has spent the entire season with Munich in the German Elite League, Peterka is a crafty and skilled forward who is a threat every time he hops over the boards. He has an explosive first step and always seems to be in open ice controlling the puck with confidence. Like most finesse players, Peterka can identify and create multiple scoring chances from the half wall or behind the net, and his elusiveness with strong edges keep goalies off the near post and expose more net than they would like.

For all the attention Tim Stutzle has received after an impressive rookie season in the DEL, it can be argued that Peterka is equally as impressive in terms of speed, stickhandling, shooting, and playmaking. Granted, Stutzle outproduced Peterka by more than a 3:1 margin, but there is more to assessing player development than just raw production. Peterka is an incredibly confident player who puts forth maximum effort and continues to stop and start throughout his shifts.

Peterka’s dominant performances in this year’s under-20 world juniors (6 points in 7 games) and last year’s under-18 Division I world championship (8 points in 5 games), plus leading the Czech Republic’s DHL under-21 Extraliga in scoring (94 points in 48 games) a season ago, reveal an incredible amount of point-producing potential for a winger capable of carrying his own line.

Peterka is very quick on his feet and has an explosive first step, but also likes to pressure the points that leads to a lot of break-ins or odd-man rushes created. Peterka is pure offense, and his agility, speed and quickness in open ice presses opponents well beyond their comfort zone at the blue line. Whether shooting or passing; static or in motion, Peterka can one of the most dangerous forwards on the ice from start to finish. He is an asset on the power play thanks to an incredible set of hands, his ability to fire pucks off the pass with accuracy, and roof bouncing pucks from in close.

His defensive game vastly improved over the second half of the season, and he was cleaner with his positioning and reads. Having a high-end motor and a strong lower body allowed him to increase the amount of successes he had in board battles, and there even were occasion when Peterka outmuscled (and outmaneuvered) bigger forwards operating near the corners of his own end. He didn’t see time on either of Munich’s first two penalty-killing units and rarely was on the late defensive-zone draws, but Peterka always hustled on the backcheck and was readily available to defend opposing counterattacks. There are a few drawbacks, however, as Peterka can be guilty of overhandling the puck or overcommitting himself in search of a break-in.

Skilled forward John-Jason Peterka (Ranked No. 74) with a nifty primary assist on a tying goal as Red Bull Munich edged Krefeld 2-1 on Sunday. He now has 3g and 3a in 13 games. The 17-year-old playmaker is expected to play…