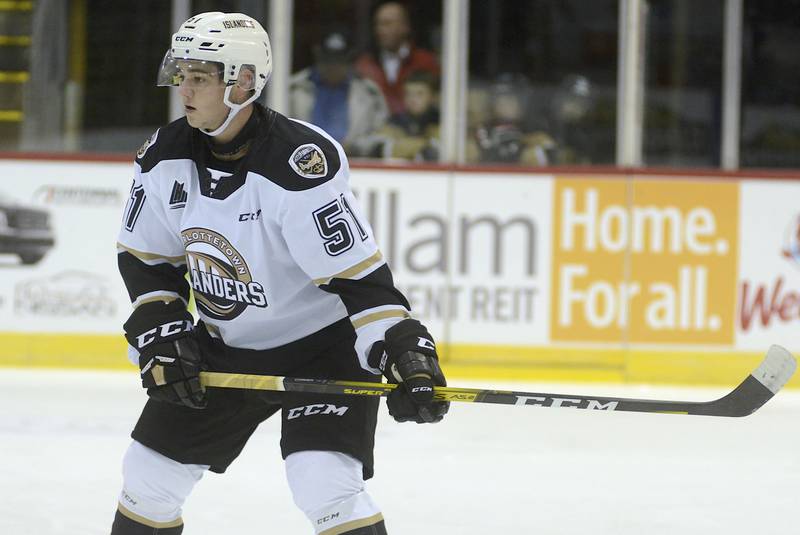 A graceful offensive defenseman with impressive footwork and escapability, Cormier was named the QMJHL Defenseman of the Month for October but suffered an injury blocking a shot that kept him out well into December. Nonetheless, he is one of the more capable power-play quarterbacks and there doesn’t seem to be a selfish bone in his body. He played for Team Canada at the under-18 Ivan Hlinka tournament and also participated in the CHL Top Prospects Game.

Although he is one of the draft’s cleanest puck distributors and a one-man breakout, Cormier also owns a plus shot that can beat goalies from distances. He doesn’t hesitate to shoot and will use his quick feet and agility to walk the line until a lane opens up. Cormier uses pump fakes effectively and will look off teammates in the circles before feeding them with a perfect slap pass. More agile than explosive, Cormier is a well-balanced skater with average speed who can shift gears as he navigates through a clogged neutral zone.  His feet are quick and he can react and recover to rapid changes in possession or counterattacks.

Cormier finished his season strong, picking up points in nine of his final 12 games. He was the Islanders’ primary power-play quarterback and key-situation defender, to include usage in the first penalty-killing unit. Cormier isn’t physically intimidating, nor does he have an easy time handling bigger forwards. But he maintains an impressive competitive edge and will head for the corners to duke it out for possession. Cormier is very coachable and has a strong desire to round out his overall game beyond playmaking and shooting. A testament to his improved defensive play is how often you see him on the ice for a late-game draw in his own end.

Cormier plays an aggressive style and is willing to venture deep into opposing territory. One constant about his game is that he keeps both teammates and opponents on their toes because his intentions with the puck are almost impossible to telegraph. Few defensemen in his class can deliver multiple no-look passes with accuracy as often as Cormier can. All that said, one must consider his lack of production away from the power play – only 12 of his 30 assists came without the man advantage.

Safe to say that @ecrossman14 made a good first impression last night.

Check out the newest Islander's first goal in his first game! pic.twitter.com/2Y3So0cVBe