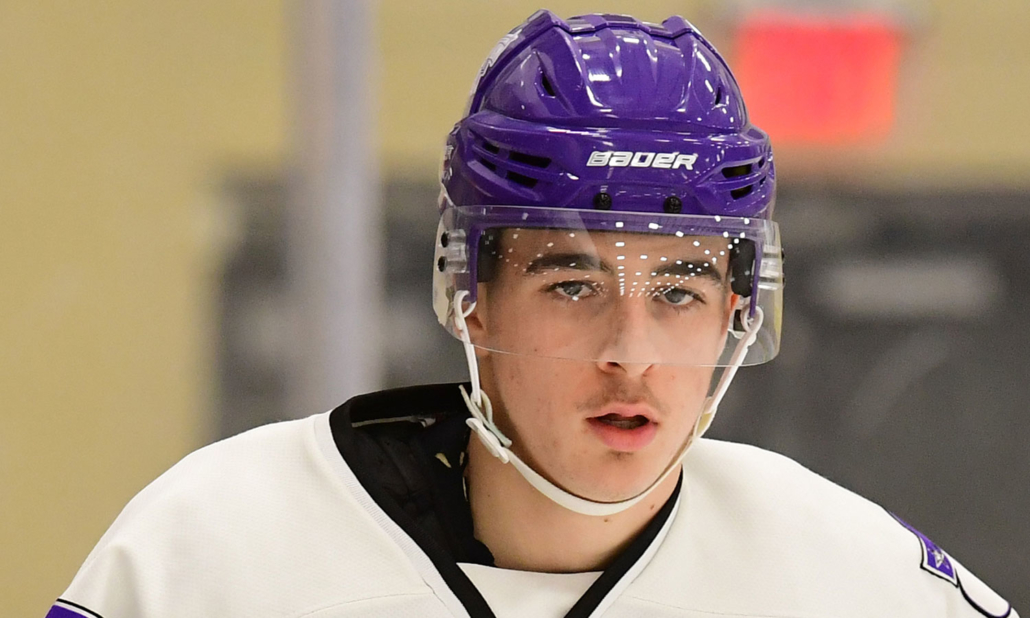 An explosive and hard-charging talent, Ambrosio was Tri-City’s leading scorer and combined with top 2021 draft prospect Matthew Knies to form one of the USHL’s most lethal duos. Committed to Boston College, the Ontario native has game-breaking abilities and can play a tough and abrasive brand of hockey. His 50 points in 48 games was 11th in the league and tied for the lead in power-play points with 24 (13 goals and 11 assists). Ambrosio also closed out his draft season red hot by recording 36 points in his final 28 contests.

The most noticeable aspect of Ambrosio’s game is his speed. He is an elite skater with an explosive first step and top-end acceleration. His quickness is no match for the significant majority of USHL defensemen, but Ambrosio does a lot more with his wheels than burst up ice in a straight line. He is as agile as he is quick and will dart rapidly into the danger areas while keeping his head up and maintaining control of the puck. One of the key differences between Ambrosio and most elite USHL forward prospects is that he makes difficult passes and timing plays while moving at maximum speed. Having soft hands and keen instincts certainly help, but Ambrosio can also shift gears, button hook, or stop on a dime; thus creating a significant issue for opponents.

Ambrosio’s impressive puck skills come in handy on the power play. The Storm iced a variety of looks thanks to their depth, but Ambrosio proved he can be a constant on the top unit by either manning the left half wall or the point alongside Koster or Miller. He owns a bullet of a shot and a quick release that is accurate when fired off the pass or on the fly. Ambrosio is more of a shoot-first scorer and he has beaten goalies from all angles no matter how quick they are or how well they’ve covered openings. He also has incredible hand-eye coordination and the ability to roof puck from in tight. Compounding matters is the aforementioned chemistry with Knies, plus the offensive capabilities of Tri-City defender Mike Koster and Mitchell Miller that mesh with Ambrosio’s vision and playmaking — he’s a very good passer forehand or backhand and can feed the puck on the tape during odd-man rushes.

Ambrosio is not just a big-play threat. He will support his defensemen below his own circles and dig in for board battles, plus hound and press opponents as they try to operate their cycle game. Another key component to his game is physical play. Ambrosio has a way of getting under opponents’ skin and is a target for big hits. But the 5-foot-9 forward can dish it out as well as he can take it, and there have been example of opponents lining him up in open ice, only for Ambrosio to be the one who remains standing. Still, his temper can be an issue at times and he can come across as a bit of a showboat.