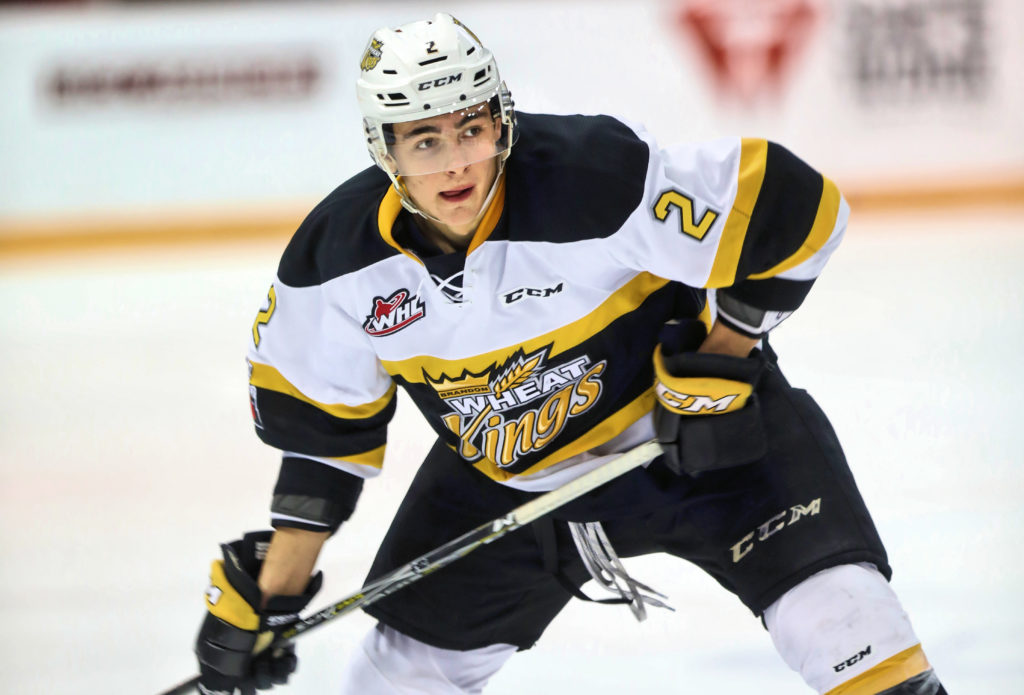 A physical presence on the blue line who can counter quickly thanks to his impressive speed and quick thinking, Schneider is a prototypical western Canadian defenseman who relies on poise, smart positioning, and punishing hits to neutralize opposing rushes. Schneider patrols the neutral zone like a shark and has a high success rate when he decides to step up into a play. You rarely see an opponent try to beat him 1-on-1, and they certainly make an effort to maintain awareness when Schneider’s on the ice in order to avoid one of his patented open-ice hits.

On the puck, Schneider is more of a shoot-first defenseman who likes to carry the puck up ice for a dump-in or join as a trailer rather than curl and attempt impressive cross-ice or diagonal set-ups. Still, Schneider enters the zone cleanly most of the time and his speed and sturdy build seem to force opponents well off their line. His d-to-d passes are crisp and accurate while spread wide, and deliveries in tight always seem to have the right touch —  you rarely see Schneider put a teammate in a compromising position to save his own bacon from an aggressive forechecker or pressure at his point.

A noteworthy aspect of Schneider’s skating when it pertains to rushing the puck is how effortless his backskating can look in the event he has to immediately transition back to defense. Schneider may be up ice a lot, but he more than makes up for risky behavior by closing fast to neutralize a counterattack. Nonetheless, he stays involved on offense by keeping his feet moving and reacting properly to puck travel, and opponents have to mark him as a high-slot threat any time the puck is being worked around their end.

Schneider is a very smart defender who locks onto the puck but also senses where he’s going to be needed most. He definitely thinks one or two plays ahead but at times, and Schneider has confidence in his hands and quick feet to hold the puck in the face of pressure and walk that line to create a lane. His shot is about average but he has shown the ability to hit the net consistently and score via the wrister over the slapper. Unfortunately, he finished 40th among WHL defenders with only 108 shots — a rather unimpressive number for a notable draft prospect playing at least 25 minutes a night in his third full season in major junior.

A promising blueliner like Schneider knows exactly when to switch between defense and offense, and skate up ice with confidence. He uses his sturdy frame, quick thinking and long reach to his advantage, and he is a major problem solver for his coach in situations like the penalty kill, where Schneider can be an unforgiving adversary to challenge for net-front superiority. He also times his releases from the low slot in conjunction with his partner’s positioning. All these aspects make it understandable why Schneider is viewed as a legitimate first-round candidate, but infrequent game-breaking instances places him outside the top tier of first-year eligible defenders.

Defenceman @bradenschneid takes pride in his smooth skating and skill but the #NHLDraft prospect enjoys playing with an edge and is an imposing figure for the @bdnwheatkings.@KubotaCanadaLtd | @TheWHL 🎥 pic.twitter.com/FKiQaxgMkw