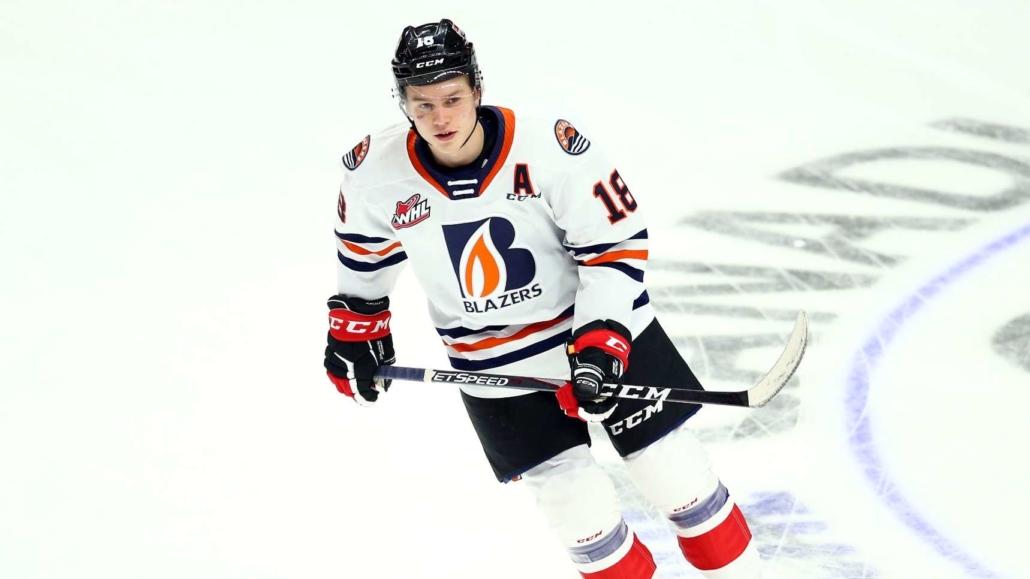 A top-notch competitor with a nose for the net, Zary was the heart and soul of an improved Kamloops team that improved significantly from last season. He’s an intelligent two-way center who provides support in a variety of ways, including subtle touch or bank passes in the defensive zone that leads to swift breakouts. Playmaking is just one of his distinguishable assets, as he can deliver precision passes from either his forehand or backhand. Strong and well-balanced, Zary displays deceptive quickness and requires only two or three strides to accelerate to top speed and become an open-ice threat.

It seems like most people automatically assume that Zary is more gritty than skilled because he plays in a tight-checking and physical circuit like the WHL. In the CHL Top Prospects Game, however, the youngster showcased the elite vision and playmaking skills that helped place him among the WHL leaders in both assists and scoring. In that game, Zary finished with three assists and won nine of his 13 draws.

In terms of team importance, it’s hard to argue against Zary’s value and shift-to-shift contributions as a top-line center to a team that won it’s first division title in eight seasons. He logs a ton of minutes and is used in every critical situation no matter the manpower on the ice. Zary is a leader who plays with physicality, energy and enthusiasm, but he also is vocal and demonstrative on the bench and a constant communicator with his teammates before faceoffs. The trust teammates have in Zary during possessions is obvious from the start — he is the central figure during breakouts and offensive zone time. Linemate Orrin Centazzo had a career season, and Zary’s playmaking and competitiveness had a lot to do with it.

Zary is an above-average skater in terms of straight-line speed and agility, but he is among the best in his class when it comes to balance, as he stays on his skates and can absorb punishing hits. He is an open-ice threat and can be trusted to make the right decisions with the puck, plus he can slow the game down and connect with teammates over long distances. Stickhandling in traffic isn’t an issue, and Zary is more than relaxed when orchestrating the attack inside the opposing end. But his wrister can be released quickly and labeled for an opening, so goalies cheating towards the weak side were victimized for short-side snipes.

Connor Zary (18 White) with another dime, but two more assists should be given out on Ty Foerster’s second of the game. Pretty play. pic.twitter.com/9A5KavDfeI