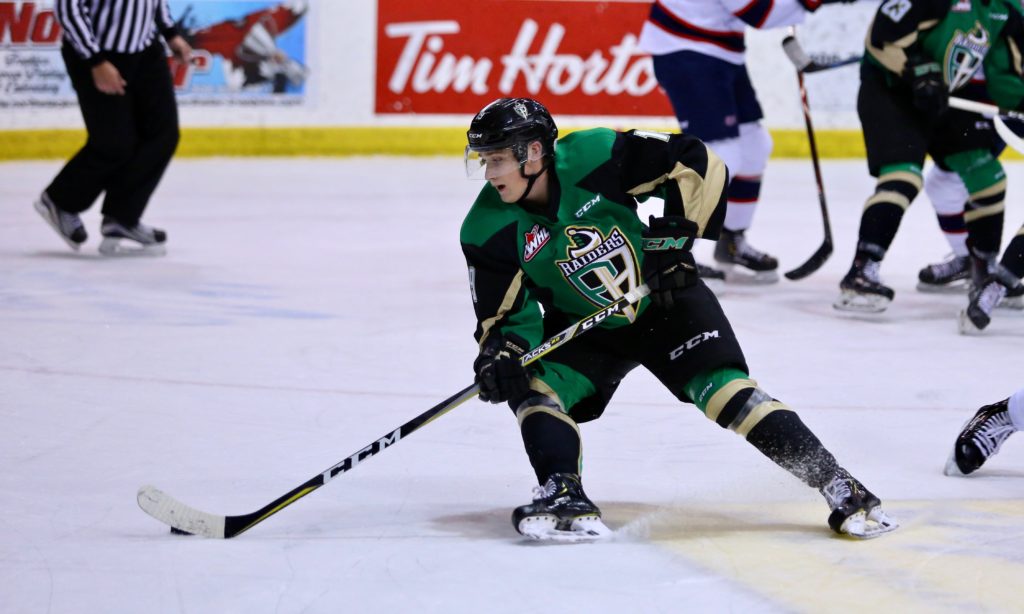 An aggressive forward who operates in attack mode no matter the situation, Wiesblatt took a major leap forward in his development by filling a significant void in a Prince Albert lineup that lost its top nine scorers from last year’s WHL championship team. Linemate Aliaksei Protas and Wiesblatt were the only notable returning regulars from the Raiders’ forward ranks, and they finished 1-2 in scoring this year, respectively.

Wiesblatt plays at a frenetic pace and is a gifted player with the puck. He spent a chunk of the season at center after playing mostly on the wing in 2019. Either way, Wiesblatt is the type of player who puts defenses on notice the second he hops over the boards. He has an explosive first step and reacts quickly to even the shortest of sequences regarding changes in puck direction. He puts forth a lot of effort into every shift and is willing to play physical in both open ice and along the boards.

Wiesblatt was a possession driver for the Raiders by hounding the puck before dominating it with shiftiness and deft stickhandling with his back to the wall. He and Protas worked a lot of precision plays off the cycle or two-man weaves when they entered the zone. Wiesblatt definitely is an inside player and can beat defenders 1-on-1 in a variety of ways; mostly but managing different levels of speed and keeping that defender guessing Wiesblatt’s intentions. Simply put, he consistently makes opponents — to include goalies — react to him rather than the other way around.

One of the most noticeable weapons in Wiesblatt’s arsenal is his shot. Although he can be a precision passer and delay accordingly before connecting on the tape with a cutter or trailer, Wiesblatt unleashes the fury with either his slapper or wrister, and his release is among the best of this draft’s CHL contingent. On the power play, Wiesblatt can create chances and exploit openings from either his strong or weak side, and his ability to either split the seam with accuracy or wire a shot from the circle labeled for the short-side corner.

An underrated aspect of Wiesblatt’s game is his ability to impact the game off the puck. He is a tenacious forechecker and will deliver big hits; plus position himself properly in the defensive zone after busting it on the backcheck. Wiesblatt did not see much time on either of Prince Albert’s top two penalty-killing units, which is understandable since the group was one of the best in the WHL.