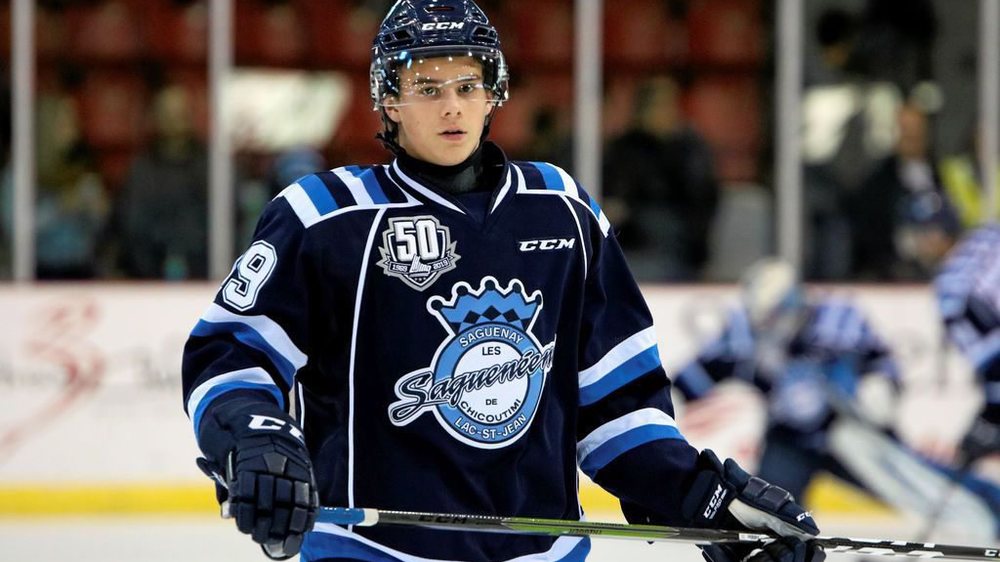 Much like his former Chicoutimi teammate Hendrix Lapierre, Rochette’s season started with a roster spot on Team Canada at the under-18 Ivan Hlinka but missed a chunk of the season soon thereafter. Although Rochette’s issue was mononucleosis rather than multiple concussions, the momentum he generated from the Hlinka soon dissipated, and he was later traded to from Chicoutimi to Quebec. He and Lapierre were critical components to the Sagueneens in 2019 but neither got off to the kind of start expected of two potential first-round picks. Nonetheless, Rochette’s draft year certainly was the tale of two seasons – he registered only four goals and 14 assists in his first 28 games (0.50); 10 goals and 11 assists in his final 21 (1.00). He served on the top power-play unit for both the Sagueneens and the Remparts.

Rochette is a very good skater who is quicker after a few strides rather than exploding off the hop. He plays with a nonstop motor and keeps his feet moving from the beginning of his shift to the end, with starts and stops being consistent throughout. Rochette can outpace back pressure but also weave around defensemen trying to hold their line. There are several moments each game where Rochette is the quickest and most engaged player on the ice, albeit with mixed results in the puck management and zone entry department. He is an inside player who can also take a defenseman wide but also uses his strong edgework and balance to curl on a dime and connect with a trailer or a cutter across the seam.

Rochette has impressive puck skills and can anchor his own line as a center or wing. He can stickhandle through traffic and remain under control regardless of speed or location. He is reliable controlling the puck near the board and is poised enough to draw attention towards him to free up space for his point man. Rochette’s role on Quebec was more expansive than when he was with Chicoutimi since he was no longer acquiescing half-wall duties to Lapierre. With the Remparts, Rochette was more confident and decisive in his decision making and pass deliveries, plus he seemed to increase the creativity of his set-ups since he was no longer acquiescing puck-control-duties to Lapierre.

Surprisingly, shooting the puck is a bit of an issue for Rochette; not for his shot power, release, or accuracy but for the fact that he doesn’t use it enough. He never came across as a pass-first playmaker, yet when you see him snipe it from near the circles you wonder why he keeps his options with the puck somewhat limited. Rochette’s shot is a deadly weapon and can make a goalie look helpless. He also has a superior release.

Rochette is defensively responsible to a degree and can be used to win key draws late in games or on a critical penalty kill. He won over 50 percent of his faceoffs (443-for-869) and displayed solid work ethic and competitiveness to bust it on the backcheck and always hound opposing puck carriers. His read-and-react timing is quick and he consistently checks over his shoulder for backdoor threats.