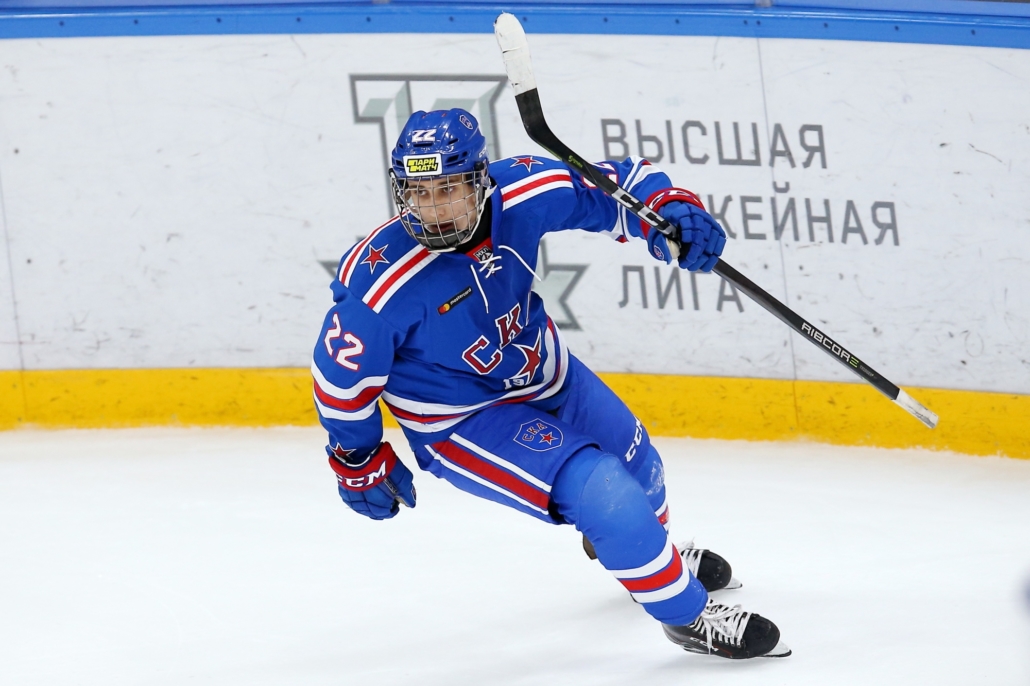 A high-octane center who is confident on the puck and demands it when the stakes are high, Khusnutdinov is a shifty east-west pivot who is one of Russia’s most creative teenage playmakers. Whether for the under-18 team or for SKA-1946, he does the heavy lifting for his power-play unit and can shift the momentum in his favor by jumping into passing lanes for immediate counterattacks into opposing territory. He may not be big in stature, but he more than makes up for it in confidence, leg drive, balance, and tight-quarter quickness.

Khusnutdinov plays with an edge and is willing to sacrifice his body at the off chance he decides to chip and chase. A 50/50 puck battle against him is no laughing matter, and bigger defenders have paid the price by underestimating his core strength, leg drive and powerful shoulders. At the forefront of his game, however, is his ability to carve up a defense through the neutral zone. Khusnutdinov has excellent speed and agility, and his quick first step is dropped before an opponent can anticipate his intentions.

Khusnutdinov delivers the puck through the tiniest of windows with surgical precision, but he also is excellent at executing or orchestrating give-and-go’s, weaves, cycles, and backdoor plays. He has wonderful hands and incredible hand-eye coordination, so you can guess how rapid his transitions into shooting positions are. Khusnutdinov owns one heck of a shot, not only for the release but also for his accuracy. The puck can explode off his stick and he is consistent in getting shots off through screens or when blanketed by a defender. Khusnutdinov is an expert on the backhand and he can make plays with regularity. He’s even shown accuracy with the cross-body backhanders and can roof the puck from in close.

One thing that deserves mention is Khusnutdinov’s role on a powerful team like SKA-1946. He is essentially the team’s third-line center yet he produces scoring chances with such frequency you’d think he plays 20-22 minutes a night. Additionally, he’s used as a backup penalty killer and he has won over 60 percent of his draws. Developing quick chemistry as a center with new linemates and being low maintenance are two qualities that any NHL team would want in their prospects. At the under-18 level, Khusnutdinov spent time with several highly-skilled wingers such as Daniil Guschin and Alexander Pashin, but he’s also made threats out of the physical types like Ilya Rychkov and Ivan Didkovsky.

Now in Tennessee, you just load up on everything. Fireworks are sold everywhere, and some places are dirt cheap. They even put together kid packages with smoke bombs, snaps, and sparklers. All the kids load up on sugar and become Usain Bolt for 12 hours straight. It’s hysterical.